It’s time that those of us who are British by birth (or passport) and have the good fortune to live in Spain, with papers allowing us to stay, wounded perhaps peripherally by Brexit (we suddenly went from second-class citizens of Spain to third class-residents of Europe, with the appropriate strictures that have been thrust upon us), should celebrate.

The tourist season (why do they call it that, if one is not allowed to shoot them?) is over for another six months or so, and we have the cooling beaches and emptied restaurants to ourselves. We need no longer need to queue to get into the health clinics and the bar-staff will once again greet us enthusiastically by name and, if there’s a karaoke, will even let us sing ‘My Way’ twice in a single evening.

Many of our brothers have fallen by the wayside in this heroic struggle between Europe and Stupidity. Those without the correct paperwork must now resign themselves to shortened visits to Shangri-La to avoid the British winter, and even entertain the possibility of having to sell their villa to a German or (irony alert), a Pole.

Other Brits have found that imports from the UK are a disaster, with even a Christmas card taking several weeks and being steamed open by the zealous Spanish aduana, before charging the mortified recipient a fortune for the time wasted.

We can’t vote in European elections any more, but then, which Spanish candidate ever did anything in Brussels – or elsewhere else for that matter - for the expats?

So, battered and bruised yet oddly triumphant, we British expats can now celebrate being able to stay here without many bothersome issues to worry us. We may not be immigrants (how many of us have taken out Spanish nationality?), yet we have – in our muddling way – won the ring. 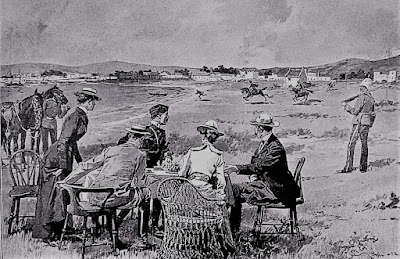 There is, as any Spaniard will tell you, no time like the present, so I suggest that we invite the skeleton crew over from the British Government in Exile (it’s in the apartment upstairs from the English library), because Thursday, (Thanksgiving Day for the Americans) is upon us, and anyway, I’ve already ordered the turkey.

From this year onward, we who survived the horrors of Brexit must never forget: Brexpat Day – turkey, baked beans and a nice cup of tea.

Won’t you join us?