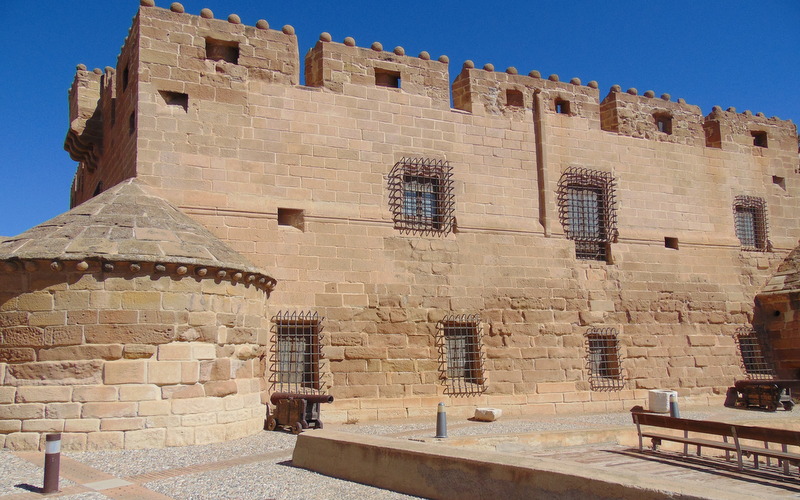 At the top of Cuevas del Almanzora, in the old (and beautiful) part of the city located in the desert region of northern Almería, there's a XVI century castle. The castle houses a collection of modern Spanish art which was put together by a man called Antonio Manuel Campoy, who lived there for a period in the mid 20th century. The art is collected in half a dozen rooms, and includes paintings by most Spanish artists of the first half of the nineteen hundreds, including Tapies, Miró, Solana, Barceló and Picasso. There are also paintings from two famous artists from the Almerian Indaliano movement: Cantón Checa and Jesús de Perceval. Fascinating. The two euro ticket also gets you into the facing gallery with two collections of Goya prints - 'Los Disparates’ and ‘La Tauromaquia’, plus a modern art gallery and a museum dedicated to the local discoveries of the archaeologist Luís Siret.
Antonio Manuel Campoy was originally from Cuevas and was an acknowledged 'man of letters'. He died in Madrid in January 1993. 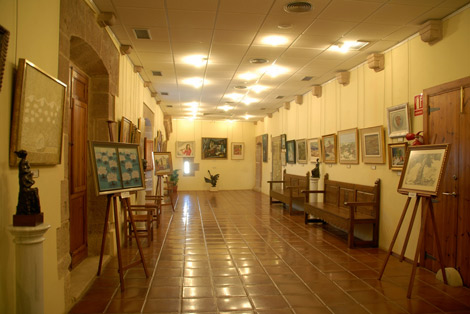 The German Visit to Garrucha 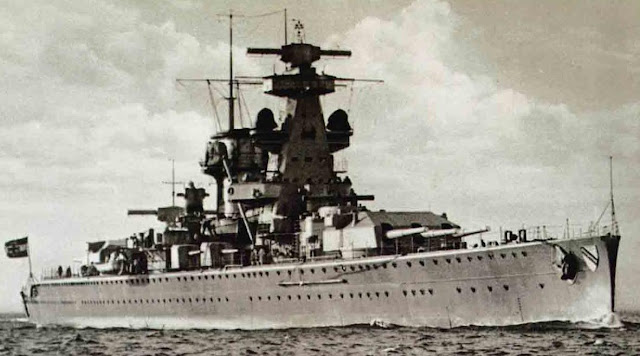 This fine looking pocket battleship, the Admiral Scheer, has been in Spanish Shilling before, with a report of her shelling Almería City in 1937, in a revenge attack for the ambush on the German sister ship Deutschland by Republican forces in Mallorca.
A few weeks earlier, the Admiral Scheer has startled the good people of Garrucha by dropping anchor offshore and sending a skiff into the harbour. From the surrounding hills, the local people, all supporters of the Republic and scared already of the progress of the Civil War, watched as the skiff berthed on the sand. A group of militia from the Revolutionary Committee, armed with pistols and sticks, warily approached the boat.
The Commander of the pocket battleship was Otto Ciliax, and his mission was to collect any German nationals that might be resident in Garrucha. After a merry Heil Hitler, his agents were escorted by the militia to meet the German consul (Garrucha was a mining head and had three consuls at that time: British, Dutch and German) Federico Moldenhauer was also the local pharmacist, and he told the Germans that he was perfectly safe and would stay in Garrucha, and that, by the way, here was a crate of wine as a gift for the Kapitan.
To this day, the Moldenhauer family resides in Garrucha, and the pharmacy is run these days by a descendent.

From an original story by José Berruezo here.
Posted by Lenox at 1:24 PM No comments:

We Hold These Truths To Be Self Evident


It seems like it only took a few minutes before the British ex-pats in Spain started to react in horror to the result of the referendum held in the UK in late June – look at that, they said: the bloody British electorate have ditched us.
We may not be Falkland Islanders, but we had still expected a slight bit of concern from our fellow-Brits trapped over there in the xenophobic atmosphere of 21st Century UK. After all, we did put in our time there alongside them at one point (before a sensible and well-planned exit to a far better place to live). We still have our British accents, our British pride and our British passports - although it looks like, in the not too distant future, only our accents will remain. 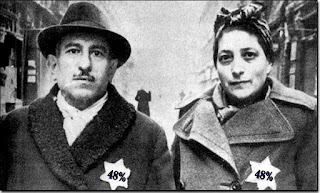 How could they have been so stupid?
Well, they were and we are stuck here in Spain (or Germany, or France etc) without a lifeline. We can hardly sell up and go ‘back’. Firstly, the high price of a home over in the UK would have us all ending up living in protected housing in Anglesey. Secondly, who on earth would want to live in a society that appears to be inspired by the early days of Nazi Germany?
They’ll have people wearing triangles on their jackets within a year.
So, over in Europe, we British ex-pats are in shock. Will the new British Prime Minister start laying new rules on the Europeans living in the United Kingdom? Work permits perhaps, or special new registration, or visas or quotas, or even, in certain cases (penury would be an obvious example), deportation? We worry because the European authorities, with their affronted electorate’s insistence, would do the same to us.
We have learned that we are little more than pawns in the politics of ‘Brexit’.
But remember this London: you really don’t want one and a half million indignant ex-pats all being sent back to your tender care. Imagine the reaction of your home-grown Nazi groups and their critical posts on Facebook!
Over in Europe, the ex-pats have formed a number of protest groups. Let us work together with the local governments, say some, or let us ask for a sense of reason from the British authorities, or let us search for protection from the ‘Brexit’ from the European leaders in Brussels.
Coverage of the ex-pats and their concerns has never rated column-inches in the highly partisan British media, but in Spain for example a group called ‘Europats’ has already featured in articles in El Mundo and Almería Hoy (here and here). Another, ‘Brexpats in Spain’, is introduced in La Vanguardia (here).
A full list of ex-pat groups against the Brexit can be found here.
From another age, from another fall-out with those who no longer wanted to be British, a quote: “The distinctions between Virginians, Pennsylvanians, New Yorkers, and New Englanders are no more. I Am Not A Virginian, But An American!”― Patrick Henry.
Friends, I am a European.
Posted by Lenox at 12:42 PM No comments: