My initials are LSN
My dad called me 'Little Shrieking Nit'.
Such a long time ago, now.
He also taught me to be honest, not to treat people badly because of their lack of opportunity or education and to always fulfill my debts and obligations.
I like Screamin' Jay Hawkins, Tony Hancock and (increasingly) cheap lunches.
I once read Germaine Greer, wonderful stuff.
I've written a lot over the years, never got paid, never will.
Yet, despite this, I have had a great life and I have laughed and loved a lot.
I'm not looking for anything, thanks.
Although a pension would come in handy.

Found written on a lavatory wall in Marbella

Twenty years ago this month, I was braced by my accountant and two junior sales-people. I was obliged to sign a deal (the accountant said he had taken all of the accounts and sales information out of the computer) and would be paid in three years time.
Which I wasn't. 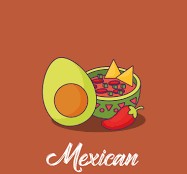 I have spent about six months of my life in Mexico - a truly wonderful place, although I'm told it's a bit more dangerous than it was in my day. Who knows - my daughter crosses the border to Tijuana most weekends (she says that it's more fun than southern California).
Apart from the many other great things about Mexico, there's the food.
Here in Spain, we are blessed with a number of Mexican establishments, including some very good ones - particularly in Madrid.
Locally in the province of Almería, there are a few of them to be found in Mojácar plus one or two elsewhere. The first one in Mojácar was opened by a Chilean friend who, wisely considering the chances of a Chilean restaurant being a success, decided to open a Mexican one instead. He found an Australian couple who were hitchhiking and (as one does) popped the question - 'would you two like to run the kitchen?'. 'No worries', they answered - and, do you know, swipe me if the food wasn't pretty fair dinkum.
After all, there's not much to Mexican food in tourist places when you get down to it - a squirt of hot sauce on everything, and a tequila or three to wash it all down.
The one we went to in Almería City last night missed on a couple of points. It was quite good-looking, with mellow mariachi music dribbling out of the speakers, and the margarita cocktail was good. There was only one other occupied table when we arrived, with the couple evidently enjoying their food, and we read the menu - sharing our one pair of glasses as elderly people do. Alicia is unfamiliar with Mexican food and blinked at the menu with trepidation - 'will it be very picante?', she wondered. 'No, no, they don't make it very hot here in Spain', I assured her.
I wasn't kidding - the complementary chips and salsa came for some reason with two tea-spoons. I was reaching for a tortilla chip, but Alicia had taken a spoonful of jitomate before I could stop her.
'Huh. No, it's not hot at all', she said with satisfaction. It certainly wasn't - my morning cornflakes are spicier than was the dip.
The waitress took our order, and returned in due course with the entrée, having apparently forgotten the first course of nachos with all the trimmings. A local place we know sometimes brings the lunch-order back to front, so we weren't unduly worried.
The food, an artistic interpretation of a ceviche for Alicia and a burrito for me, was good and flavoursome, but it wasn't Mexican, or even Tex-Mex, a variant cuisine which most 'Mexican' places in Europe lean firmly towards. I'm told the restaurant belongs to an Italian family, one which evidently hasn't travelled as widely as I.
There was a collection of bottles of commercial hot sauces over on the table with the other couple - but we didn't want to interrupt them. The waitress was wondering where we were from. My accent obviously hadn't fooled her. It turned out she was Bulgarian.
We never did get the first course.