Forget What I Just Said (No One's Listening Anyway)

I was trying to build up my Facebook page for Business over Tapas (my hard and useful news for property owners in Spain), so, seduced by that young and guileless look sported by Mr Zuckerberg in his publicity photos, I put myself down for a 25€ punch to get a few extra followers for my site.
It worked a treat - about 100 people joined up within the week, enthusiastic to hear about what's really going on in this country we call home. Only - on closer inspection, they were all Spanish. I had filled out this questionnaire, listing my main attractions as: 'News about Spain', 'Spanish Property', 'Spanish Investment', 'News Magazine' and 'Tourism'. Note: all English phrases and, in all, a pretty good spread, I think?
And a hundred enthusiastic people came back, swelling my readership considerably... only, just who exactly did Facebook approach with its advertising - British residents living in Spain? Or was it Spaniards?
Well, fair enough - who is interested in our little collective of British residents in Spain? Certainly no one who operates on a country or even a continental scale.
Take the TV people, for example. You want to watch English-language TV, then you should be based in an English speaking country. There's no accommodation for those who speak English, but don't live in the UK or Ireland. Learn the local language, conform. It'll make it easier. So, while many Britons watch Sky in Spain, they are all breaking copyright law. But, there's no legal way around it (not that any of us care).
Or the issue of the 'Brexit'. No one in the UK even considers that we émigrés should have the right to vote in a British referendum (even if it is patently going to affect us more than anyone else). We abandoned the Homeland. All two million of us (across the EU). Those in favour of staying within Europe talk pompously of 'exports' in the British press, but never of 'expats'.
The European Government doesn't recognise us either. We are over 20 million Europeans living in another European country. Do we have any representation? Of course not. Without our own politicians, spokespeople, culture, stars, writers and intellectuals, we will never have any voice; or service; or accommodation (Ask the Priors, who will celebrate their eighth year living in a garage in two weeks time).
In Spain, there's now a political party that represents animals and vegetarianism (I'm not kidding). It's called PACMA and it got about 120,000 votes in the recent General Election. People are more concerned about fur coats than they are about jobs (22% unemployment), or corruption (huge). Or the fact that over four million foreigners live in Spain, and are (with EU approval) not allowed the vote. About two-thirds of them are European. So what?
In geo-politics and in big business, there is no profit in the details.
Posted by Lenox at 1:55 PM 1 comment:

The Christmas season is here, with all the gooey trimmings. I thought I'd write a piece to anticipate the freebie versions for later this week...
The freebies, as you may see, are fond of the word 'festive' which will creep into any article about Christmas, as will numerous references to 'El Gordo' (that's the name - by the way - of the first prize, not the name of the Christmas lottery drawn on 22nd December). There will be an article about the revolting cagoners - small nativity figures from Catalonia, increasingly models of easy-to-recognise public persons (particularly politicians) - portrayed taking a poop. 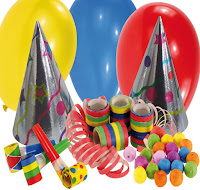 Christmas used to be the Three Kings (wait, there'll be an opportunity next week to write about them). Los Reyes Magos, of course, brought presents for January 6th: twelfth night, usually the day before school begins. There will be a public show, camels and three fellows dressed as the reyes (one in black-paint), on the evening of the 5th.
Now, commercialism, the Corte Inglés and Spain's millions of children have gleefully adopted Santa Claus (Papá Noel) as their own. More presents. I'll have the Play Station, thanks Dad. Spanish fathers, by the way, don't dress up as Santa. But, it'll come...
Later on in January, some earnest Spanish left wing groups will try and collect toys considered bellicose - plastic guns and catapults, to make a great point of destroying them publicly to make some really stupid point or other. They will receive massive coverage in the local Spanish dailies.
A nice point over the festive season (there, I said it) is to leave cakes and a bottle of booze, plastic cups at the ready, in the banks (useful before you ask to see your balance) and, until recently, in the petrol stations. Pity that's gone the way of all flesh...
The Christmas lights will be tastefully ignored by most foreign diarists (the garish illumination will remain until someone finally takes them down, hopefully before February), and the ghastly high piping children's voices amplified out of all decency while belting out interminable villancicos (Christmas songs) until long into the New Year will be brushed over.
The Christmas Eve mass (the past midnight Misa de Gallo)  may earn a mention and economists (if not newspaper owners) will want to point out that workers get their Christmas bonus, an extra month's wages, at this time. The families won't be eating turkey - rather gambas and ham or cordero followed by those dry and inedible polverones (they collapse into a powdery lump in your mouth) and plenty of wine.
Don't forget the Spanish day of trickery falls on December 28th, it's called the Day of the Innocents.
On New Year's Eve, probably gathered in an expensive restaurant with live music, open bar and paper hats (called un cotillón), you are meant to eat twelve grapes for good luck (I hate grapes) during the twelve campanadas - carillons at midnight, and then dance until dawn.
But the big news for Christmas this year isn't Santa, or the elves, or the marzipan or the bottle of cheap champers (cava) made by the Catalonians; the big news is the elections. On December 20th. This Sunday. There will be change.
Posted by Lenox at 12:27 PM No comments: 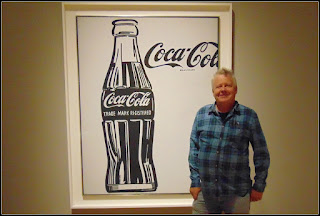 I have just spent a few weeks in Midwest America, based in Oklahoma, but here in this entry, visiting Arkansas. In a town called Bentonville, where lives the family that started Walmart, is an astonishing museum of American art. In, as a New Yorker or Angelino might say, the middle of nowhere.
The Crystal Bridges Museum is set in a beautiful location, spanning a lake. The surrounding grounds are peaceful, treed and full of sculpture, the inside - a revelation.
The collection goes from early American history to the latest in modern art. Of the twenty or so American artists I have heard of, all (except Fritz Mooney, obviously) are represented in the museum. Maybe not their best known work - but they are there.
The visit took me about 90 minutes, and starts with two portraits of George Washington. The art is well exhibited throughout and I came away highly content.
The museum was funded in its entirety by Alice Walton, a member of the family that owns Walmart. Entrance is free.
Sometimes, the wealthy put something back into the community - Bill Gates, Mark Zuckerberg and others. Not so often in Spain though... 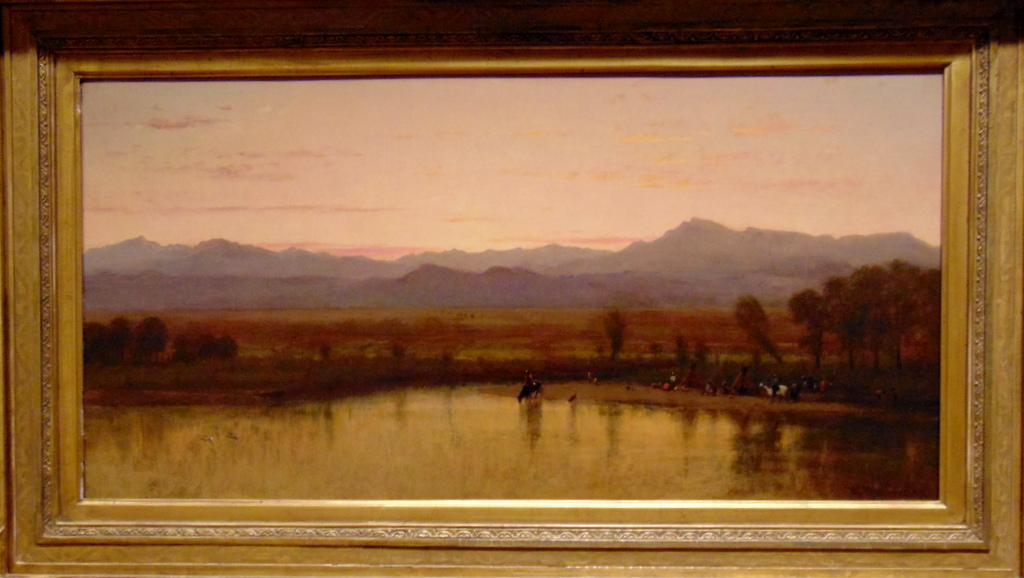 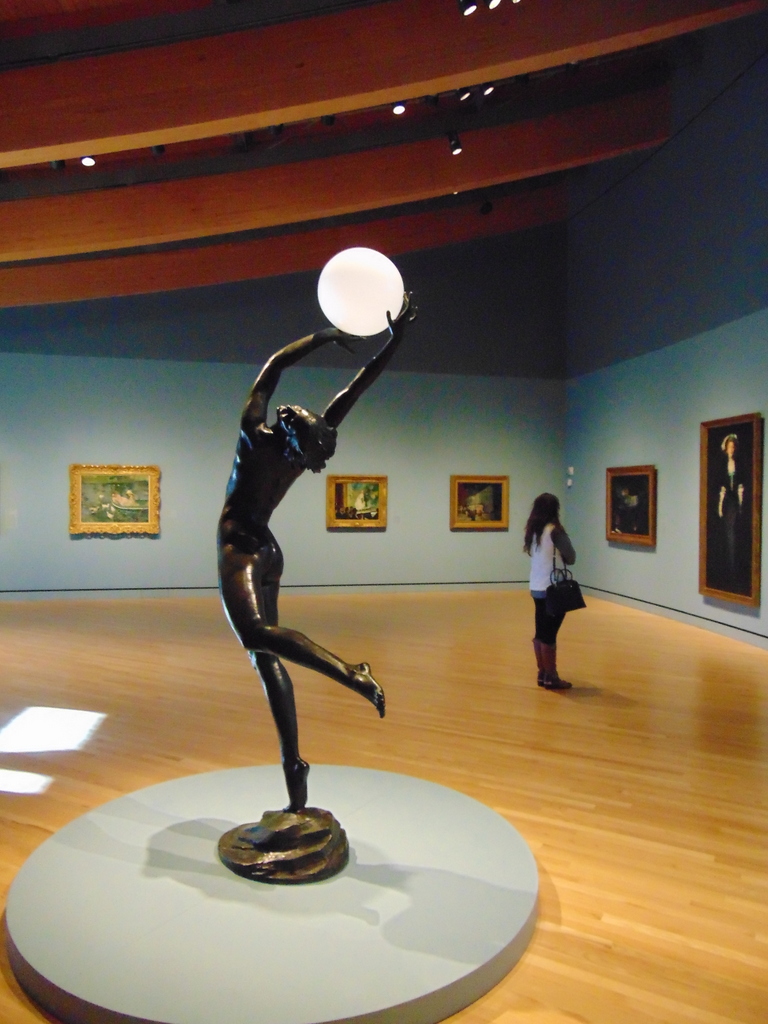 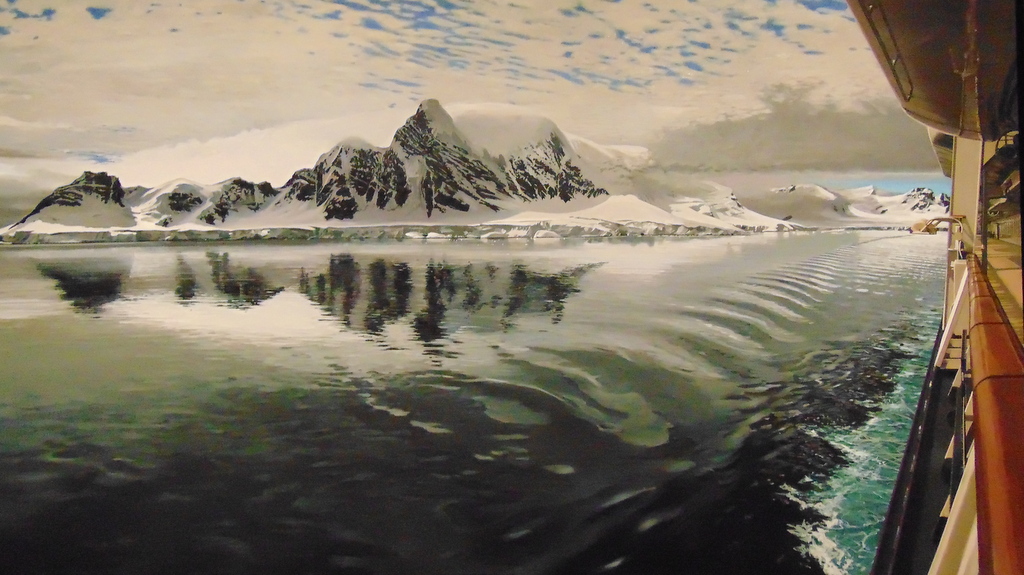 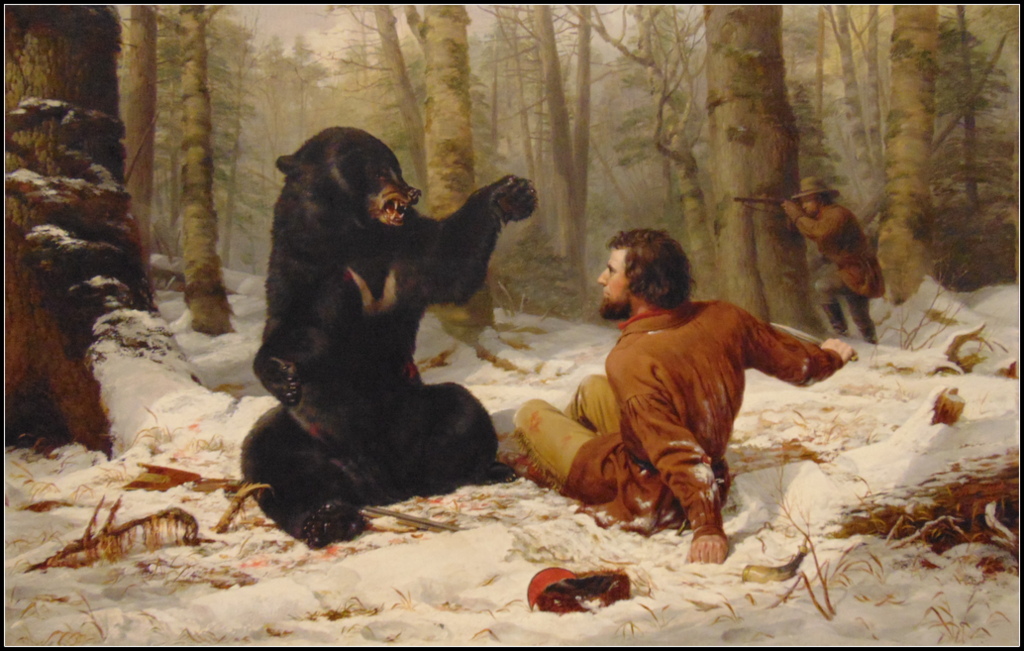 How The Politicians Will Affect Us In the Next Twelve Months

For some reason, the Government has decided to hold its General Elections on Sunday December 20th, which is nice for those many thousands of people who must man the polling stations. Besides the regional nationalist parties and the small United Left (the Izquierda Unida is a coalition of all sorts of far left and ecologist groups, including the Izquierda Republicana, the Partido Comunista de España, the Partido Obrero Revolucionario and other similar groups), we have the four main parties running.
These are the Partido Popular (the last government was run by this party in an absolute majority: Mariano Rajoy was the President); the PSOE (Pedro Sánchez, who by the way has an apartment in Mojácar Pueblo); newcomers the Ciudadanos (the leader is a Catalonian called Albert Rivera) and the Podemos (the pony-tailed leftist Pablo Iglesias leads this anti-establishment group).
The likely outcome - a coalition of two parties. Perhaps the PP with Ciudadanos (if the PP accepts a full inquiry and condemnation of corruption). Assuming the IU voters went with Podemos (one can dream), then the four main parties are in fact running neck and neck according to most surveys. The older voters apparently prefer their usual political choices: PP or PSOE; most other people, sick of the endemic corruption (Bárcenas, Rato, Chaves and Griñán, without going any further), like the two new groups, the conservative Ciudadanos or the left-wing Podemos.
Thanks to Government-fueled complications, the enormous number of Spaniards - around two million - who are resident abroad (they are almost all working in their adopted countries) have found that it is almost impossible to vote in these elections (just 7.5% will vote, according to estimates), and, with the election in the Christmas holidays, perhaps even less - as you must vote in your own circumscription - hard to do when it's 'London' and you are visiting Dad in Murcia. Few of this number, needless to say, will be sympathetic to the Partido Popular.
So, what will happen? The Central European Bank and the mainstream opinion in Brussels favour more austerity, more Rajoy (perhaps a soupçon less corruption). The other parties want to loosen things up a bit, drop some of the last government's worst excesses and try and turn Spain into a new direction.
In reality, forces from outside will continue to play a major part - with the hugely complicated Catalonia situation causing concern, the influence of the Troika on the economy and the possibility of incidents rising from terror attacks (one good thump, and Spain's main industry - tourism - could dry up overnight).
For the 750,000 Britons living in Spain (who of course, like the rest of the four million migrants here, can neither vote nor expect any benign attention from the politicians), there is another bumpy time ahead: the British vote on whether that country (and its unwilling expat passport holders) will stay in Europe. If a 'Brexit' occurs, we shall have a whole number of problems: residence, visas, work permits, health insurance, schooling, and - if Britain proves in a post-Brexit society to be sufficiently anti-foreign - perhaps even deportation.
To follow this, subscribe to my weekly newsletter Business over Tapas.
Posted by Lenox at 9:33 PM 1 comment: