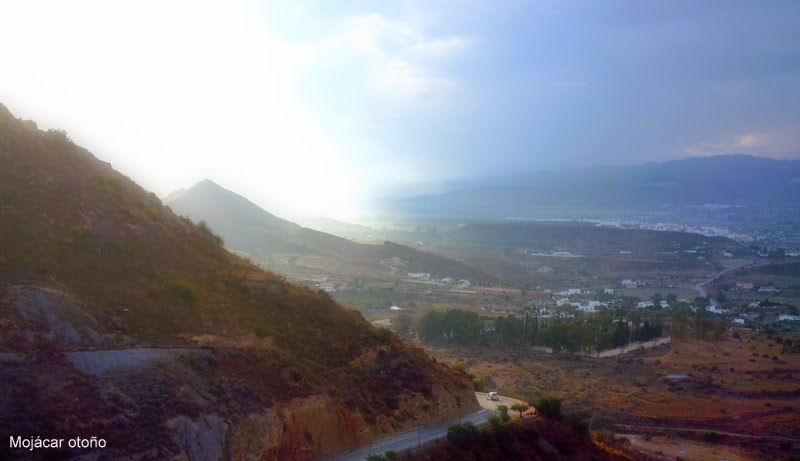 After months of drought, the rains have come to eastern Spain. The Gota Fría is the time when the heavens open and the streets flow with water, when underground car-parks fill and when everyone looks surprised at the power of nature. It makes sense for the Junta de Andalucía, speaking as always for the ecologists, to say that you mustn't build in a rambla or on a flood plain, although Pueblo Laguna, outside Garrucha, regularly disappears at this time of the year under a tidal wave of water coming down the local riverbed, the Río de Antas, where it is briefly trapped by the weeds, cane and debris left in the waterway at the insistence of the very same ecologists. A friend called Casimiro tells the story of how, last year, he was looking for a mop after some water came under the door, when his picture window suddenly blew in as water from the rains, released by a collapsing bridge, covered him in seconds up to his neck.
So we read in the news of flooding in Mazarrón in Murcia, and more in Pulpí. So far, it's been less severe locally, with Mojácar merely damp, but there is more bad weather forecast for the coming days.

A Quiet Week on an Island

I've just spent a week in house in the high hills of the north western part of Mallorca staying with some friends. The hills themselves are a World Heritage site (which means they are very pretty) called the Sierra de Tramontana and they surround several villages such as Deìa - our nearest port of call, a village with a small population of residents and an endless transient pop of German senderistas walking the local trails. Guten tag, I say politely, as I pass them. A nearby town, Sóller, has an electric train, a cathedral and a pretty little port for swimming and eating well. It's a far cry from the ghastly resort of Magaluf far to the south.
Where I stayed, a house with four bedrooms, a couch and no Internet connection, I could see the small bay far below - accessed by 200 steps cut into the stone. There is a small beach bar down there to make the descent worthwhile. Above and behind the house, there are any number of old olive trees, gnarled and bent by the centuries. Here are some pix. 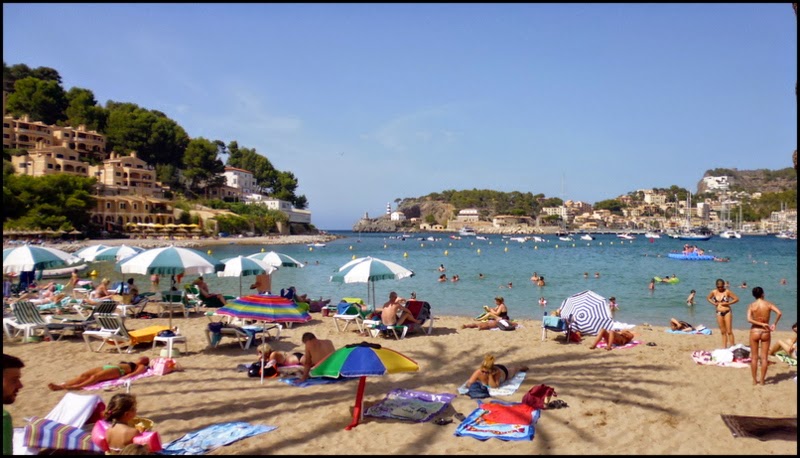 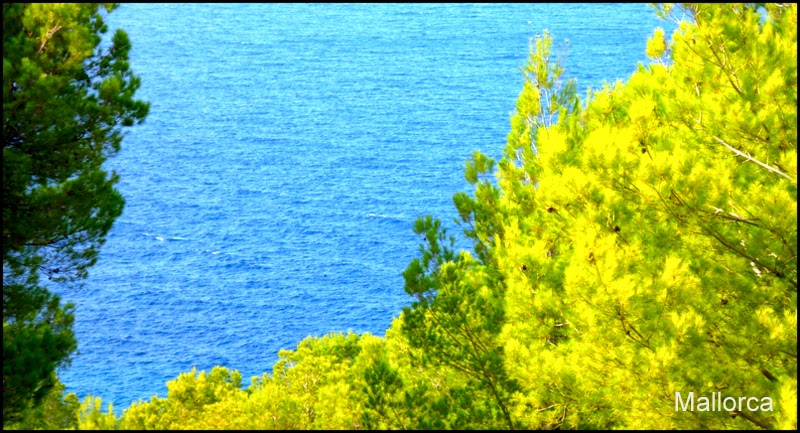 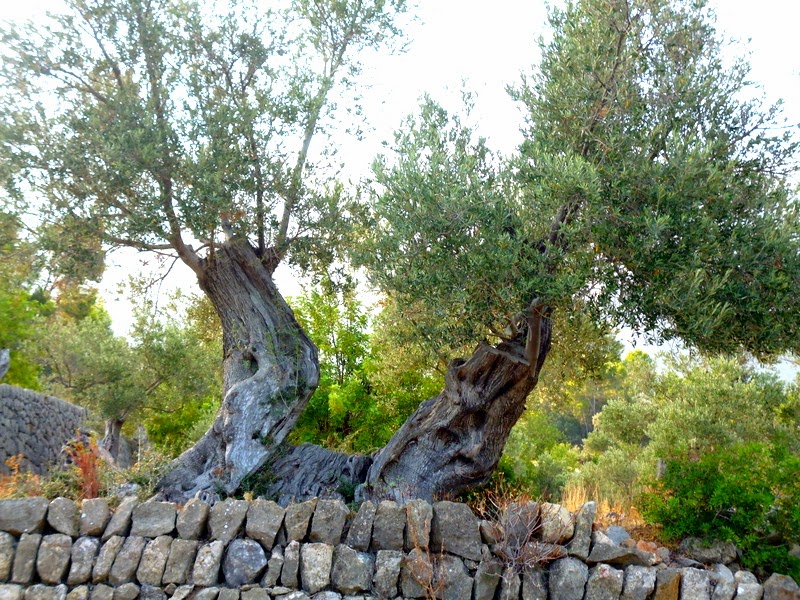 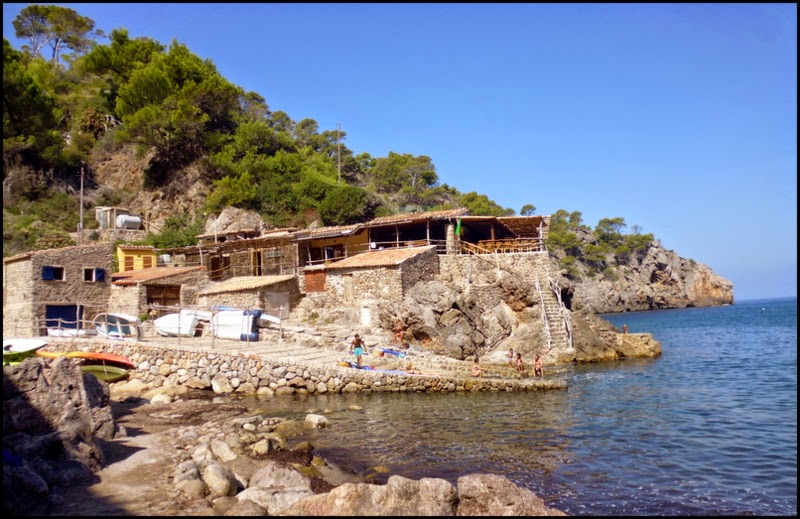 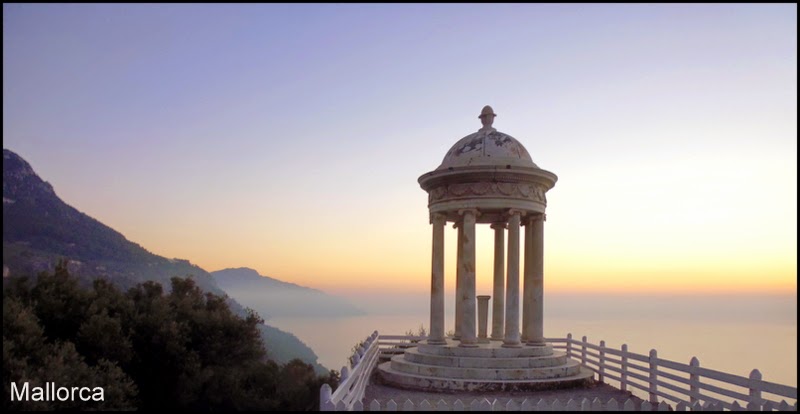 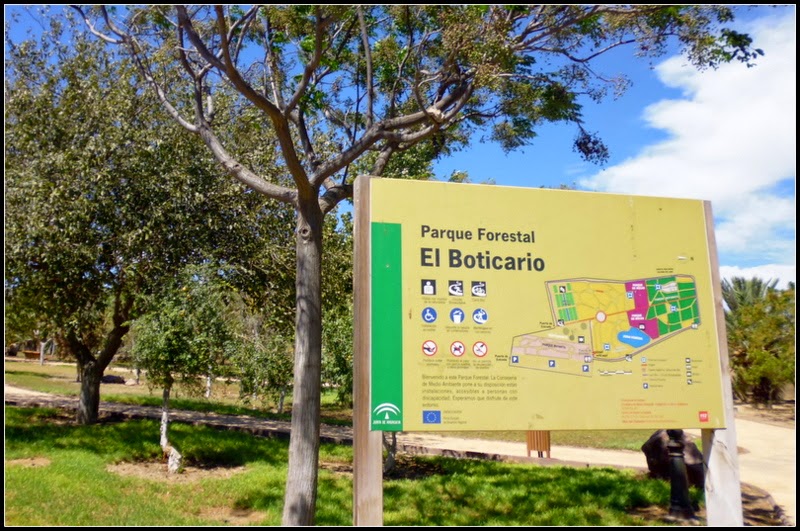 According to the Almeríapedia (yes, there is one), the Parque el Boticario just outside the City in La Cañada is 14 hectares in size, that's 34 acres, and it's a large park that proposes to introduce all the different plant life from the province, from trees to plants, from cactus to weeds and, for some reason, from lumps of stone to other lumps or marble. Cute idea. There's a large restaurant/bar and a giant playground as well.
Built for the boys over at Medio Ambiente with government and European funding, opened in 2005, the parque has spent the last nine years drying out, rotting and falling to bits. The bar and restaurant are closed and some of those senior citizen exercise machines - yes, they're there too - have rusted out completely into absorbing works of sculpture. The ponds are almost dry and there're weeds and garbage where there shouldn't be. 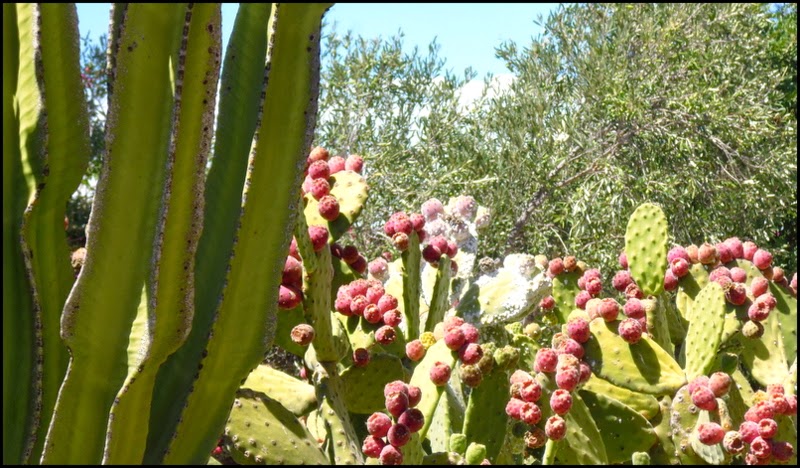 It's not surprising I suppose, the Medio Ambiente people (think 'politically-fired environmentalists') are keen proponents of returning Almería to the stone age (Demolition of the Algarrobico Hotel, their refusal to address the prickly pear issue and the spiteful insistence on the demolition of foreign-owned houses across the hinterlands of Almería together with the consequent impoverishment of the small interior villages). So, there's simply no time to look after their flagship park with '75,000 plants'. However, according to the Almeríapedia post, the Consejería of the Medio Ambiente merely built the park, before attempting to cede it to the Almería Town Hall, or failing that, the Junta de Andalucía. Neither of whom wanted it. 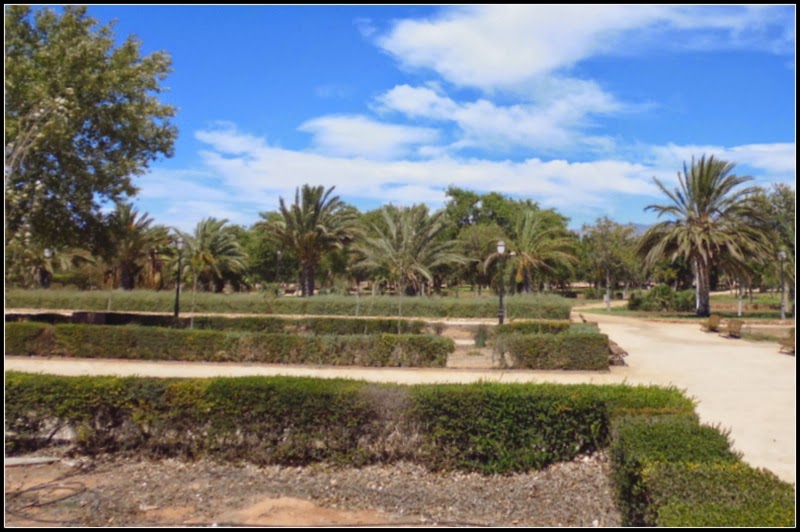 Today, it was open, hot, and empty. We saw not one employee there and no visitors either. It has lots of trees, bushes and plants as promised, but they certainly needed watering. The prickly pear had some infection and the explanatory signs had all been burnt black and unreadable by the elements. All said, it was still an interesting visit (after all, the rest of the province is in a similar state of desertification). Just bring a bottle of something to drink, and if you are feeling generous, a full watering can...
The barman in nearby La Cañada (it's thirsty work walking around a 14Ha park - and on another subject - the tapas are huge), said he had gone along when it was first opened, but expressed surprise to hear that these days it was practically desolate. 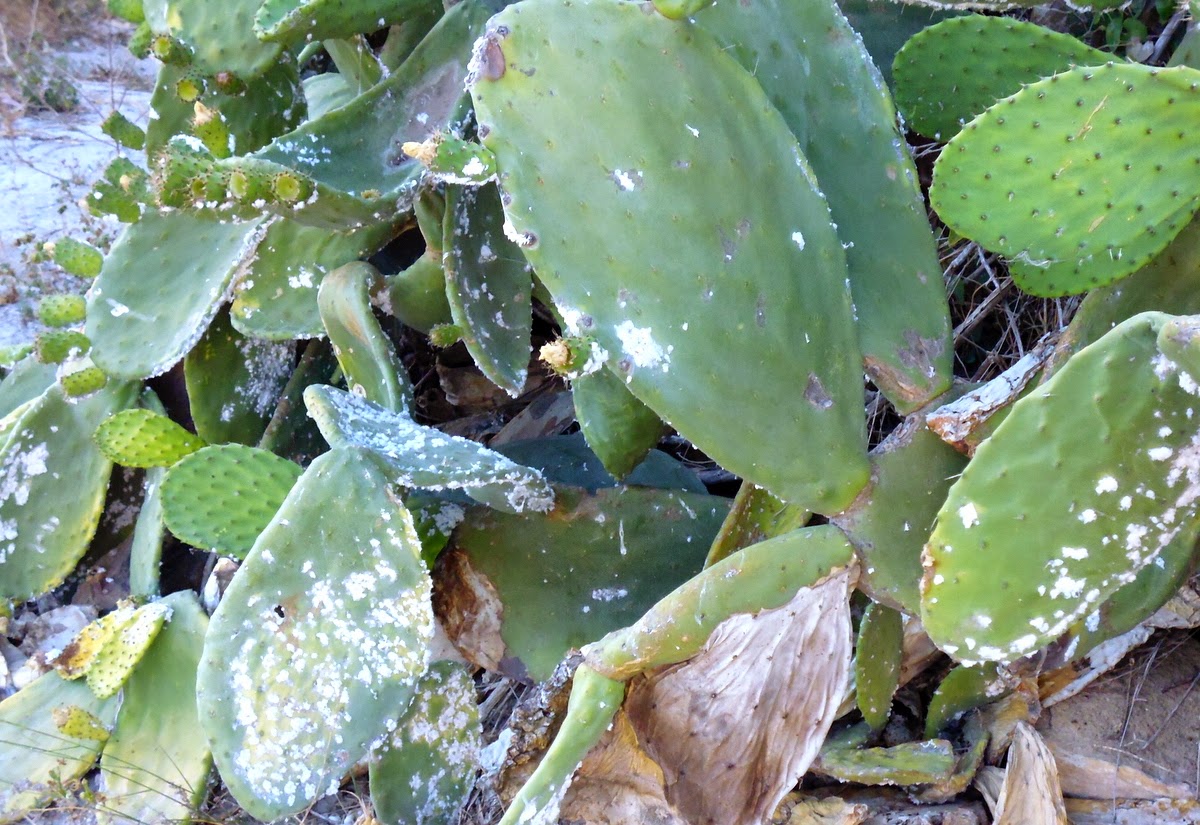 The plague of the prickly pear has not gone away, indeed, it has got worse. Whole swathes of inland Almería are covered with dead and dying chumbos, with clouds of the male insects, a tiny white fly which turns into a red mess when you smear them, flying around the evening lamps. So many, that they will fill your eyes and mouth. The females, meanwhile, have their heads inserted into the plants, while the miniscule young hang in those white filaments which adorn the stricken plants, ready to be taken away by a gust of wind. The hills look as bad as this sounds - drooping, dying, drying.
The ecologists, of course, do nothing, Their concern is the ghastly Hotel Algarrobico and bothering the houses owned by the foreigners up in the moribund pueblos of the interior.
Now, however, the Cochineal Bug Dactylopius opuntiae is moving onto other plants, with damage found, apparently, on figs and vines.
The reason why the ecologistas don't want to move on the chumbo problem is because, they say, the chumbo is a planta invasora: it's not natural to Spain, therefore it shouldn't be protected. Brilliant! Well done those city-bred nitwits. The patata and the tomate are both invasoras as well!
Since spraying the prickly pear doesn't work - who is going to spray the wild ones? - the answer must lie in finding something that eats these bugs: a natural enemy. Somebody needs to go to Mexico.
Posted by Lenox at 9:07 AM 1 comment: