Do You Believe Everything You Read? 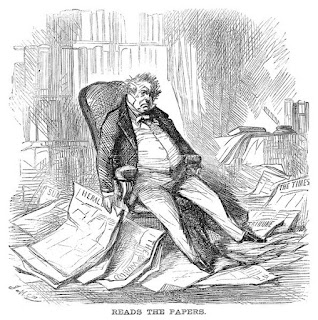 Where do people get their news from? It used to be by reading the national equivalent of The Times of London, where foreign-based reporters wired stories back to the head office via their bureaus located in a number of foreign capitals. Home-news was written from more comfortable and accessible offices or by a few freelance reporters, who sold their ‘stories’ to the newspapers for an agreed sum.

Public opinion was based on these items of news from the august newspapers, sold for a penny by paper-boys and tobacco-shops, or left – ironed in some cases – on the side-table in clubs, barber-shops, railway lounges and hotels.

Now, we get our ‘news’ (it could also be called ‘entertainment’) from the telly, the Internet, the Red Tops (trash and titillation), the often amateur ex-pat press, or other popular sources, full of what Wiki calls ‘inaccurate news and the misrepresentation of individuals and situations’.

News today is often provided by companies, celebrities or political groups as a ‘press release’, offering self-promotion and merchandising which, depending on who owns the news-source, may receive more prominence than otherwise.

In America, says the (right-wing) Pew Research Centre, the largest provider of ‘news’ comes from Facebook, which ‘stands out as a regular source of news for about a third of Americans’!

It is followed by YouTube ‘with 23% of U.S. adults regularly getting news there’. One wonders how many of them had been getting their news from Parler, which was recently closed down by its host-service Amazon Web Services ‘…as a "last resort" after the platform was deemed to be both "unwilling and unable" to address extremist speech…’. (Newsweek here).

There is no doubt but that many readers search for the news they want to read or to hear. Conservative readers pick up The Telegraph, El Mundo, the ABC or go to El Español or Okdiario online, which lefty readers will choose The Guardian and El País, while going online to El Huff Post, Público or elDiario.es.

In short – no news-source wants to lose readers by somehow not being in line with their opinions. As we quoted last week in the BoT, ‘…Media firms work backward. They first ask, “How does our target demographic want to understand what’s just unfolded?” Then they pick both the words and the facts that they want to emphasize…’ (TK News here).

Can a news-item change the way we think?

Only if it doesn’t threaten a previously-held belief.

From Gilbert and Sullivan’s Iolanthe (1882) comes:

‘…Though never nurtured in the lap

Of luxury, yet I admonish you,

I am an intellectual chap,

And think of things that would astonish you.

I often think it's comical

How Nature always does contrive

That every boy and every gal

That's born into the world alive

Is either a little Liberal

Or else a little Conservative! ’

Ah, Mojácar, We Love You

There are more foreign residents than mojaqueros registered as living in Mojácar (actually, as we shall see below, a lot more). According to the statistics people (INE) around half of all who live there were born in another country, and about half of those are British.

Mojácar has a current population (that's to say, those registered on the padrón) of 6,778 souls. There are without doubt other residents who haven't got around to registering, or who registered after this statistic was published (perhaps due to the fear of Brexit), but we shall use this number for our present conclusions.

All mojaqueros are on the padrón, understandably - even some who live elsewhere (you can do this).

So the numbers will be a little off.

This graphic shows that only 21,8% of those who live in Mojácar were born there (including, of course, some children from foreign parents). Let us conclude that in broad terms, 20% of the population is local, 30% are non-local Spanish, and 50% are foreign.

This second graphic shows the spread of foreign nationalities resident in Mojácar. The Brits making up half of all foreigners. The Romanians come in second at 6%, the French at 6% and the Germans at 4%. (One can handily divide by two for any conclusions regarding the percentage of a nationality in Mojácar, thus the Brits are 25%).

We know that around 70% of the entire Mojácar budget of 11.4 million euros is spent on municipal workers and we also know that there are no foreign municipal workers... (one thing and another). The remains of the budget is spent principally on tourism - where we look for short-term visitors (five days average) who will spend their money and leave. Mojácar village had (when I last counted) fifty souvenir shops, many of which are closed in the winter season. Next-door Turre has none.

There is no 'foreign department' in the Town Hall - apart from the single foreign-born councillor who works there on Thursdays. There is also no 'Foreigners' Day' festival (so common in other towns with a foreign population), but there are any number of festivals connected with the Fuente (the neighbourhood where the rump of the mojaqueros live). Mojácar is twinned with En Camps, a town in Andorra (where local business and banking used to be carried out forty years ago). The town has never acknowledged the foreign population (the only street which honoured one of them - Calle de Pedro Barato - an alley which remembered 'Cheap Pete' Pages, who built the Palacio bar/restaurant in the seventies - is now renamed Calle Cal) and, while the British keep their rights for the local vote post-Brexit - the next municipal elections are in May 2023 and it is unlikely they will veer even then from the current régime.

The forasteros - the settlers - brought money and culture to Mojácar. It's a pity they have been so entirely sidelined.

The graphics come from Foro-Ciudad here.

The Old Ones are The Best

There's a useful page called The Wayback Machine which keeps the stuff we might otherwise have lost. Here's an old story of mine from 2003, a review of a local restaurant called

It seemed such a nice evening last night that we decided to go out to eat a traditional Friday dinner, and where better to go than Ron’s Chipper? 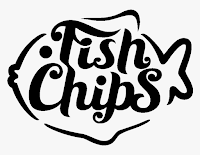 Ron himself came to greet us at the door, no doubt aware of the fact that I was the official restaurant critic for The Firework. Either he’d seen my picture heading the weekly column, and has been anxiously waiting for my arrival (and automatic ‘Two Thumbs Up’ award for advertisers), or perhaps my warning reversed-charge call for my impending surprise visit had alerted him.

Rubbing his hands on his pristine string vest, Ron led us to his special table. ‘Vis one doesn’t wobble’ he joked as he seated us on the bench (which did).

They were quite delicious.

Ron chose the fish himself from the freezer and fried them in his famous cauldron – filled with a special oil which he proudly told us had been handed down for three generations, ‘since my grand-da’ left the navy and set up a chipper in Dover’.

My portion was generous, comprising one piece of deeply fried fish and a large helping of chips. I counted fifty two delicately fried reconstituted potatoes wrapped in the grease-proof paper (yesterday’s Euro Weakly). My partner had three less.

A small tub of crunchy mayonnaise decorated the table. I asked Ron what it was. ‘Oh, that’s a special sauce that’s made by Heinz’, he answered. Upon which, a young man with a blond crew-cut peered out shyly from behind the fryer and smiled.

‘Heinz’, said Ron.
For entertainment, clients can read their newspaper ‘plates’ as their food congeals. Mine was all about my favourite television programme, Coronation Street, and was quite fascinating. My dear wife was reading hers for a bit, suspiciously quiet, when she suddenly looked up, with a small piece of fish adhering to her upper lip, and said, ‘apparently, according to this, I’m going to be having a super holiday abroad soon in the sun’.

The décor is quite modern – on the yellowed walls, a flurry of calendars apparently advertising silicone implants vied for my attention with a poster entitled ‘Ten Reasons why Beer is Better than a Woman’ and another which said ‘Try our Fish and Chips’.

Ron was hovering as we finished our repast. ‘Do Spaniards come here?’, I asked. ‘Spaniards?’, answered Ron with a far-away expression. ‘No. Have you finished reading?’, he said, generously adding, ‘you can keep the pages if you want’.