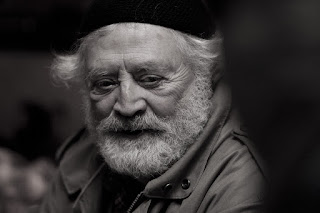 Paul was born February 17, 1942 in Mason City Iowa to Nell and Victor Polansky. He was an accomplished athlete, football player and won the Golden Gloves in boxing while attending Marquette University in Milwaukee, Wisconsin. He studied journalism with a minor in history and speech.  In 1963 he travelled to Spain and never returned.  Paul was a journalist for a local paper in Madrid before embarking on a very successful real estate development career in Almeria. He developed several enduring seaside and golf communities including Lomos del Cantal in Mojácar and Cortijo Grande in Turre.

Around 1990, Paul retired from real estate development and pursued his lifelong passion as a human rights advocate, activist and tireless supporter of disenfranchised people. He fought against the genocide faced by the Roma especially, but not exclusively, in Eastern Europe and the Balkans. He lived and worked with the Roma in over 19 countries. He worked tenaciously for the next 30 years to educate people and fight for the rights of the threatened and persecuted people.  Paul was renowned writer and poet and published more than 40 books, spoke at over 50 universities, and founded the Kosovo Roma Refugee Foundation.

He won numerous awards for his reports on human rights violations for such international organizations as the Society for Threatened Peoples, Voice of Roma, and the Kosovo Roma Refugee Foundation. Amongst the most prestigious of these was the 2004 Recipient of Weimer Human Rights Award for which he was unanimously selected following his nomination by Nobel Laureate for Literature Günter Grass. A collection of his oral histories was acquired by the Holocaust Museum in Washington DC. A full collection of his work and awards can be found at www.paulpolansky.net

A funeral service was held Knez Selo, Serbia; the village he called home for the past 15yrs on March 29, 2021.

If so inclined, donations in honour of Paul Polansky can be made and will be used to further his mission of fighting genocide and the persecution of threatened people.

I remember Paul from the early days. He was a young, handsome fellow who came down from Madrid in 1966 to work for Manolo del Ayo on a project along the beach of Mojácar called Lomos del Cantál. His brother Ric joined him a year or two later and Manolo pulled out leaving Paul as the boss. His charm was legendary, even if sometimes the houses had some issues.

After Laing moved to Mojácar to start its construction work for Horizon Hotels, Paul accepted an offer from them to swap his land - where the future Pueblo Indalo was to be built - for a large and apparently useless chunk of land in the hills behind Turre. Paul put in a golf-course and starting building front-line luxury homes to clients, while retaining all the water-rights.

He later left the area, and his brother Ric took over the business.

I last saw Paul around three years ago, with Ric, in the MariCruz restaurant in Turre, where we shared lunch and some memories.

Un abrazo Paul; and in the hope that You and Ric don't start urbanising Paradise!