As the Mojácar authorities continue with their plans to convert the 'pyramid mount' of Old Mojácar into a tourist magnet (yet otherwise appear to show little interest in the history of Mojácar), other experts across the province are following with their own 'cultural tourism'.
Our region is the birthplace of history, whether pre-historic daubs on the cave-walls of Vélez Blanco (where we desperately look for an 'Indalo' to prove an unprovable point), or the bronze-age Argar ruins of Antas (Wiki) and Fuente Álamo in Cuevas (Wiki) or the astonishing ruins of Los Millares (in Santa Fe de Mondújar) from 4.000BC (here). There's an interesting article on the importance of these sites to archaeologists here. 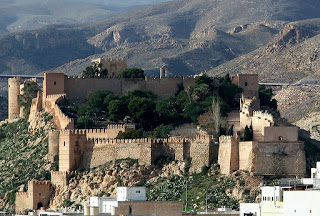 Yet 'cultural tourism' visitor-numbers are down. La Voz de Almería says that visitors to sites in Almería controlled by the Junta de Andalucía - museums and archaeological sites - have fallen in the first six months of the year by over 24,000 compared with the figures from 2018. This includes a drop in the numbers visiting the Almería castle - the Alcazaba (Wiki) - from 142,000 to 116,000 visits, and the sublime castle of Vélez Blanco (Wiki).
The only 'cultural site' run by the Junta to have had an increase in visitors is the Centro Andaluz de la Fotografía in Almería City (unfortunately, the popular museum is rumoured to be in trouble with the politicians in Seville).
Almería is profoundly historical, and is valuable for more reasons than the potential tourist-dollars. As an archaeologist tells Almería Hoy: '...we have something called heritage that we have to promote. That is the perspective. Our 'grail' exists and is called El Argar, which is a colossal engine for the economy of any place and its value should completely change the economic appearance, not only of Antas, but of the entire region. If we continue to allow it to fall apart and let it be lost, we are allowing that inestimable value we have at the corner of our house to be lost. We must wake up the municipality itself, from the confluence and awareness of all citizens and all politicians'.
Is this the answer - to bring our history into focus through (and for) tourism?
Maybe.
Posted by Lenox at 11:05 AM No comments:

It's a long way across the city of Almería to get to the Paseo so, rather than put the kids in danger, we took them to the beach instead. Indeed, only four riders showed up in the Paseo, plus a few carriages. The organisers need to plan things better. Why not allow riders in the fairgrounds (where there is plenty of room) during the day like they always used to do?
Posted by Lenox at 12:02 PM No comments:

The Aku Aku and the Old Mojácar

'Once upon a time, Mojácar, in the province of Almería, was a place located somewhere outside the known world; a secret place where special people, half-hidden and forgotten, yet completely happy ended up. Artists, painters, bohemian foreigners, crazy Englishmen, one of the Glasgow train robbers. A hippy era, of parties on the beach, with a little smoke and some fantastic beach bars...'. Thus begins a recent article in the national newspaper El País based on one of our beach bars, the famous Aku Aku - which in known for its great paellas and sublime summer concerts (proper music, not bad bands reprising Stairway to Heaven and Knocking on Heaven's Door for the millionth time).
Mojácar has changed of course from the 'secret place' of forty years ago into a tourist destination without much to recommend it. The Town Hall, with the support of the local merchants, has turned the village and its beaches into a money factory. 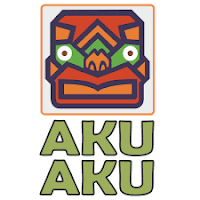 Where else does a residential village have concerts every night for the length of the tourist season (which never seems to end and yet is satisfyingly short)?
The article makes a similar point as somebody says '...The Aku Aku is of the little that still remains from that time, it maintains the spirit. Now you go out there and you find a gang of youngsters wandering around noisily with plastic penises stuck on their heads: a bachelor party. I once saw a group with a dwarf attached by a leash. The one holding the leash was so drunk that it was almost the dwarf who was leading him...'. (There's an agency that rents dwarves in Benidorm, seriously!)
Many articles that appear in the national press are reproduced by the local tourist department, but probably not this one. If for no other reason than that the town is conservative, run by the Partido Popular, and the Aku Aku is a beacon of the opposition PSOE, where the President of Spain was recently photographed in mufti, enjoying a paella with his family.
There are of course many other places in Mojácar where the old spirit survives, as the article itself points out. Many of these though, are chiringuitos, beach bars, and the Town Hall wants to extend a beach-wall and promenade through their land (where the diners sit) which will make the playa more pleasant for visitors, dwarfs and others included, and more remunerative for those who own businesses on the other side of the road.
If you are visiting Mojácar for the first time, then before you leave, go and have a meal at the Aku.
Tell María I sent you. 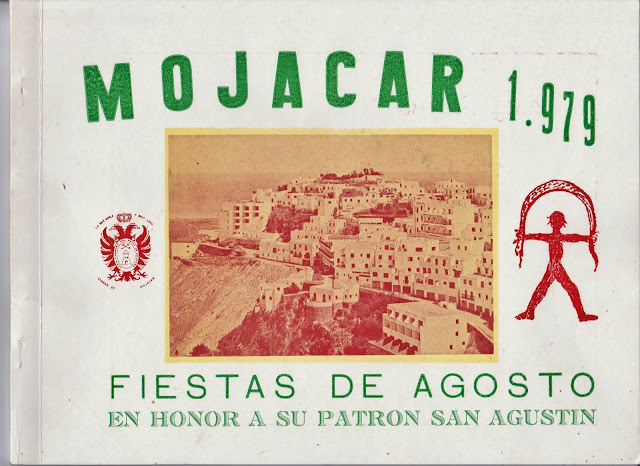 It's forty years since the Mojácar fiestas of 1979. What has changed in that time? The program had a small budget and barely ran to colour. The adverts were decidedly 'home-made', and the content was modest. There's 'un saludo' from our mayor of the time, Francisco González (Barbara Napier, then Beaumont, worked for him as his secretary).
Francisco - better known as Paco Marullo - was Mojácar's first democratically chosen mayor, voted in to power in April 1979. The foreigners didn't have the vote in those days, and there were certainly less of us, but we enjoyed a respect and 'una convivencia' that no longer exists today.
The first article in the magazine is a 'biografía' of our famous Canadian pop-singer resident JJ Barrie (No Charge and other hits).  JJ gave a concert that Sunday night.
Another item in the magazine is an interview with El Mister. This was an Italian called Aldo Cecchi who acted as the Mojácar football coach. Aldo was in the diplomatic service and had been the coach in Toronto before retiring to Mojácar. He was married to Yola, the sister of Silvio Narizzano (another local resident and the director of the movie Georgy Girl).
There is an interesting article from Martín Navarrete (as the local journalist from the ABC always signed himself) about the village square, the Plaza Nueva.  The article - purportedly written by the square itself - laments the changes brought about by progress: the old arches demolished and the trees gone.
There is some poetry in the magazine from local mojaqueros, including José Luis Molina, Pedro 'El Parral' and José Maria Montoya, and an article in both English and Spanish from my father Bill Napier which begins 'Where in the world is there a village that can attract so many different nationalities from so many diverse backgrounds and make them feel that this is their home?...'.
The new 2019 fiesta magazine, forty years later, is full of colour. It is professional, slick, is in two languages and is aimed at the tourists. Does it still preach 'convivencia' with the foreign residents?
Perhaps not.