We were talking yesterday of some of the old times and I remembered this story about one of the many differences that exist between Spain and the UK; and while we should celebrate and encourage those differences - after all, Spain is a wonderful place to live and Britain isn't - this particular item may not be the finest example in Spain's quiver of attractions and curiosities.
I refer to the humble suppository.
Chris had long hair and a thin moustache. He favoured pink shirts and kept his things in an off-the-shoulder handbag. His girlfriend was a pretty looking Danish girl and was sat beside him on a train chugging slowly north towards Granada. They had arrived in Mojácar that summer of 1968 in a purple mini-moke, a type of low-slung jeep. Chris was a writer doing research on Carlos, a murderous ex-bodyguard of Trujillo, the assassinated dictator from the Dominican Republic, whose disgraced minder was now running a beach-bar in our quiet resort. According to my dad, Carlos made a good Cuba Libre and one should always try and forgive and forget.
Chris’ research, once he got around to it, involved a few talks over a glass of rum with Carlos about his ghastly experiences as a torturer, inquisitor and bodyguard and Carlos, a short black fellow with a nasty look to him, must have taken offence at one of Chris’ questions on one occasion.
Or perhaps he just had a hangover that day.
The jeep was found, smashed to pieces.
Chris and his girlfriend, Gitte, decided to take off to Granada for a week for some research and a release from the volatile Carlos. On the way to the train, Chris visited a farmacia to get something for a cold he’d picked up.
We are in the train again. It’s just left Linares where it had stopped for lunch. In those days, the conductor would go through the carriages asking what everyone wanted to eat and would then phone through to the station, where twenty seven portions of meat and fifteen of fish would be waiting, chips, salad and wine, together with a small plate of membrillo (a lump of quince jelly) for ‘afters’.
Back on the train, Chris sniffled again and remembered his package from the chemist. He opened it up and extracted a metal-foil wrapped bomb-shaped item. The carriage, drowsy from its lunch, watched with mild interest. 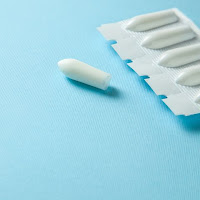 Chris had never seen a suppository before and, as he peeled the foil off the plug (principal ingredient: cocoa butter), he decided he couldn’t eat it so, after a moment’s thought, decided to ram it up his nose.
The carriage stirred in anticipation. ‘No’ said some old girl in black.
No?, thought Chris. Perhaps, since it’s a streamer, I should open another. He placed the second suppository, with its agreeable smell of cocoa butter, into his second nostril and sat back. The two suppositories dangled slightly from his nose and he had to hold them in place. His girlfriend tittered suddenly and the carriage, released, burst into laughter.
The man sat facing Chris lifted himself partway from his seat and made an explicit motion towards his backside. ‘Aquí’, here.
Chris, his face the colour of his shirt, excused himself and went to find the lavatory. He told us afterwards that he could see the tracks flashing by when he looked down the pan, and that there wasn’t really enough room to comfortably continue with the medicine.
Posted by Lenox at 7:10 AM No comments:

Our Version of Local Politics

Years ago, some people from Murcia opened up a new bar on the beach. We got to know them – I think through their children knowing ours – and had a party there on one occasion. They didn’t do much business as a rule and the local people wouldn’t use the place. One day I asked Paco why he never had a sign outside the front door which would, it seemed obvious to me, help with the trade. ‘Oh’, he said, ‘the mayor told me that I could have a sign but only if I militated in his party’.
Should I make that clearer? In our small town some twenty years ago, if you wanted to get ahead, you joined the political party of your peers (although not, necessarily, your persuasion).
Have things changed in our Almerian pueblos? Well, sure, you can join the party you want, or none at all if it suits you, but answer me this – how will I know if you voted for me?
Politics is not a thing to take lightly. The future of your family can depend on how you vote. The local pretenders for positions on the council are generally there for reasons which have little to do with ideology and much to do with personal motives. They obtain power over their peers knowing that power is not just getting jobs or rewards for one’s friends, as much as sticking it to one’s enemies.
So the local people live in trepidation as deals are struck behind closed doors and, as often as not, governments fall with ‘transfugas’ (turncoats) crossing the floor with their pockets unexpectedly full. Our town has had four ‘mociones de censura’ (motions of censure) since the mid nineties. So who can you trust?
You vote for a list in Spain, the top few names get in, while the tail-end doesn’t. But one of the people near the top might be persuaded to change his allegiance. It’s just ‘politics’ of course.
There are a number of ways of attracting votes – since that’s the game we play. A five hundred euro bill is fairly persuasive, or a simple reminder that your rather useless cousin works in the town hall… at least, for the time being.
Our small town, with bitterly divided local power-seekers, united only in their worry of a non-captive ‘foreign vote’, pushed out thirteen parties in the last local election (a Spanish record) and looks like surpassing that number for the May 29th local elections for next year. Of course it is clear that an excess of strange little parties only favours the largest one, in our case, a party forced into a four-way coalition and, numbering among its voters, a better than 40% postal vote from, of all places, Argentina. It seems that the grandsons of our emigrants from the time of the Civil War still hold local citizenship.
Foreign voters are now divided into the newly enfranchised South Americans, the ones from Ecuador, Peru, Colombia etc who migrated here in search of a better life a few years back and now work for minimum wages in our hotels and kitchens – and will no doubt have a ‘boss’ to help them make up their minds politically; and the rather more complicated ‘European’ foreigners, who so easily could be a threat to the status quo, with their ideas of transparency, honour and civic pride, but luckily no one has had to take them seriously. Most don’t/won’t vote and those that do can be seduced into voting for a party ticket with some fellow called John or Bill way down the list where he acts as cannon-fodder, a useful shiny toy with no hope whatsoever of getting into the town hall.
Posted by Lenox at 9:35 AM No comments:

August is always the worst month in Mojácar, with the queues, the tourists, the controls, the not-very-clean seas, the heat, the morning-after mess and the endless fiestas, and yet, a mere day passes, and it’s September: the best month.
It’s now a bit cooler, the sea is warm and reasonably empty, you can park once again and the barmen and shop assistants are suddenly pleased to see you.
Oh, and there's room in the dustbins for a few dead soldiers, a dead canary (heatstroke, we think) and a Welsh milking stool with a leg missing.
There are a few things I wanted to write an illustrated piece about, but my splendid little Olympus camera has had an attack and I am either back to the old days of wrench and click, followed by a trip to the shop to get my film developed, or am in the market for a new digital doodah. Camera Vendors - please come by the house tomorrow and show me your wares.
I wanted, in particular, to take a picture of one of our splendid new dustbins. Curiously, they are different from the old ones and, as such, need a new type of truck to load and empty them. Somebody, somewhere has made a killing. But while these new dustbins which infest the several towns that make up the larger community aren’t as easy to access as the old ones (try putting a smelly bag of kitchen garbage through a flap which only opens a few inches), the new location of these ugly grey containers leaves something to be desired as well. Apparently, the old ones used to be loaded ‘end-on’ to the trucks, while these ones are emptied ‘side-on’, which of course explains the new fleet. But, with this new approach to the bins, they have been distributed in a way to make it easier for the dustmen rather than for the punters.
We now have one at the end of our road, where there are no houses. The effect is to turn our small area of paradise, our ‘Spangri-la’ if you will, into a bit of a dump.
Posted by Lenox at 9:09 PM No comments: