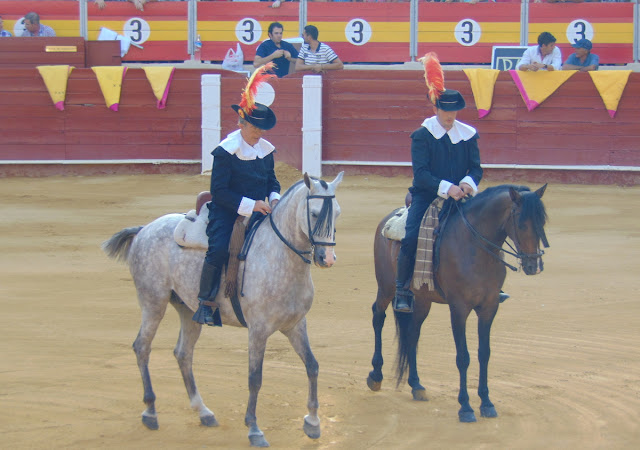 Bullfighters on horseback, the Spanish rejoneadores. This was the offer on Saturday 30th August, the last day of a six-day bullfight festival in Almería. the top picture is of the alguaciles, who keep the Law. The second picture shows the three rejoneadores - Hermoso de Mendoza, Leonardo Hernández and the Frenchwoman Lea Vicens. One of the cuadrilla is in the third photo. The rest are pictures taken during the corrida. 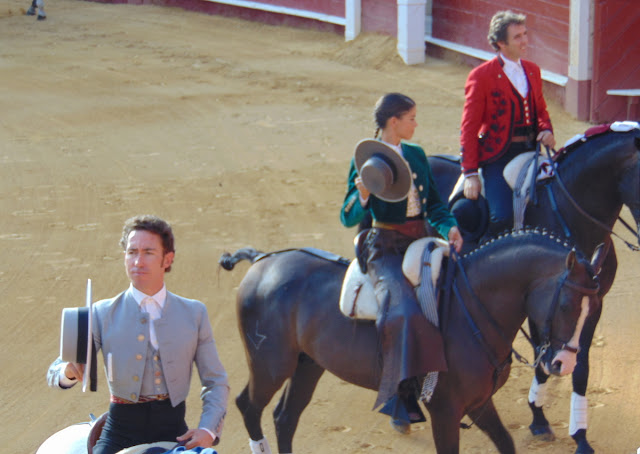 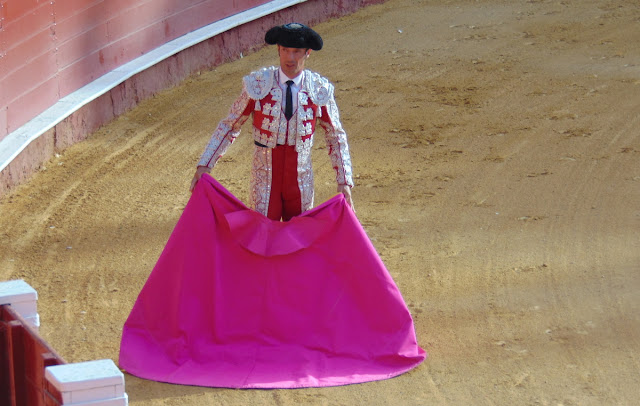 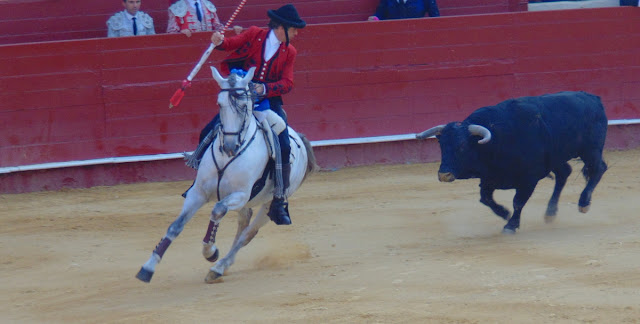 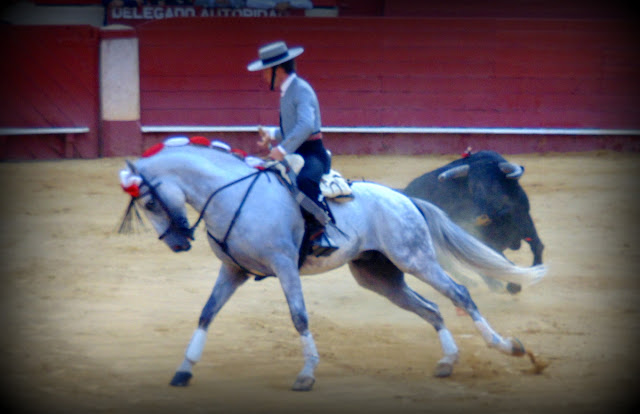 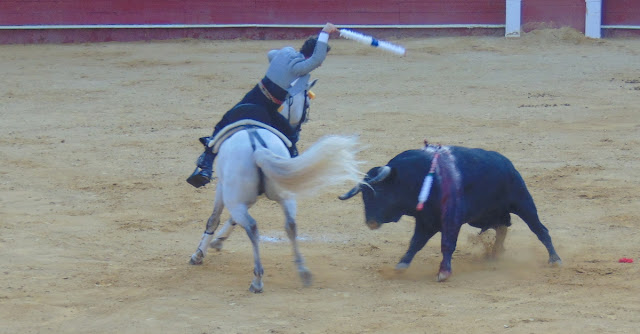 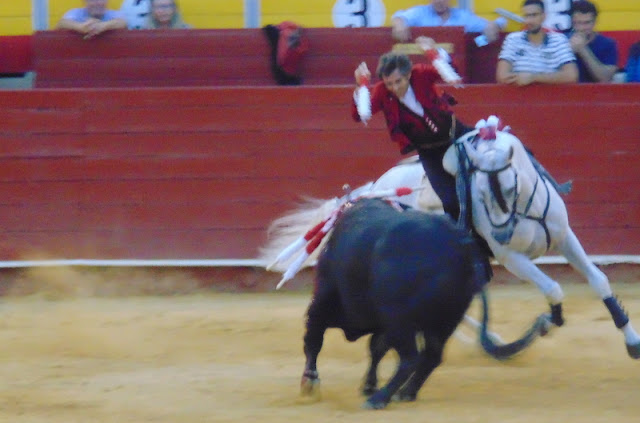 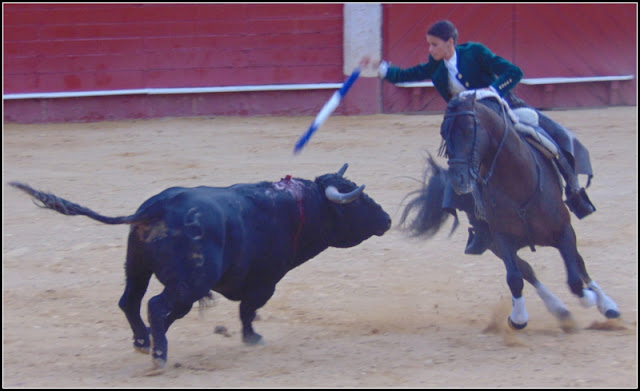 Like most people who have lived here a long time (!), I have always been tolerant of bullfighting. I went to see one or two over my time, here and there, even including one with the 'Mojácar Bullfight Club' in a small town in Granada called Huescar a few years back. They managed to fill a bus with Englishmen for the rumble.
Later, as my conversational Spanish improved, I spent more time with Spanish friends. I would become accustomed to joining them sometimes in a bar over a whisky to watch the toros on the television. Among the group, an artist and a writer - both good friends of mine - would gossip with one eye on the corrida above, while occasionally shouting 'olé' or 'get tha fuck outta here' as necessary.
Since my wife died last year, I've been helped a lot by another Spanish friend, whose father was a famous bullfighter called Antonio Bienvenida. I've heard some of the stories.
These days, I move pretty much in a Spanish circle, my companion is Spanish and, like her friends, she goes sometimes to bullfights. I've been to three in the past year. I could claim that bullfighting is cruel and stay home and sulk, I suppose, but that would be silly.
In reality - notwithstanding the British view on Los Toros - no one goes to see them suffer. We go to see the skill, the art, the bravery and the excitement. No one, no one, likes to see an animal die. But it has to be part of the spectacle. The Spanish contrast the four years living on la dehesa (a huge open farm) and a brave death, versus nine months in a cage and a bolt through the forehead for a normal meat animal.
I can understand the point of view of a vegan - they are at least consistent - but a Briton who knows next to nothing about Spain, about her culture, her language, her history, her politics and her family-relationships, and yet likes his steak and chips - is hardly the right person to lecture me on the morality of la tauromaquia.
Posted by Lenox at 2:50 PM 1 comment:

Senés, the slate village of Almería

Back in Senés - a small village in the hills behind Tabernas. The pueblo uses slate for its construction rather than brick or tiles. Senés has its Moors and Christians festival this weekend, and here's a few pictures. 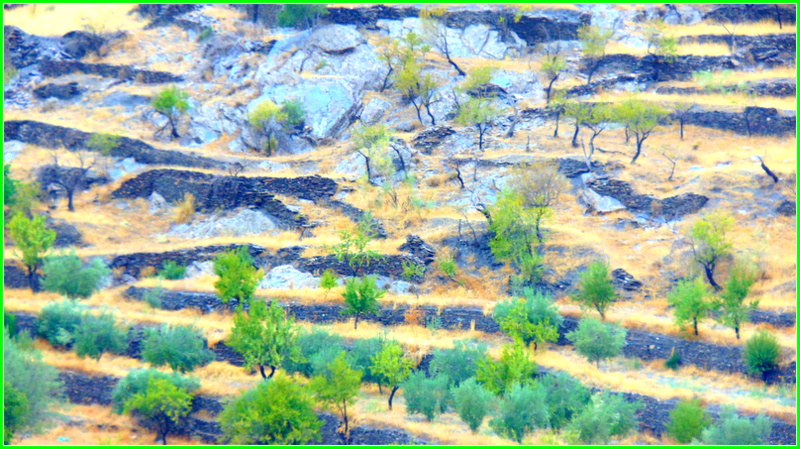 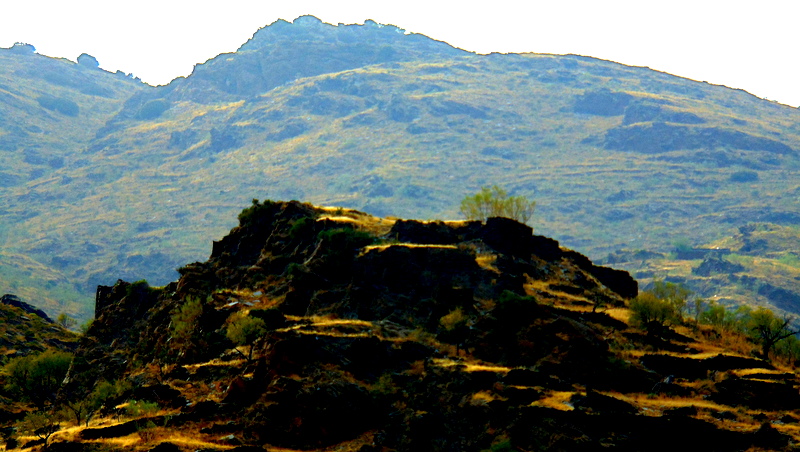 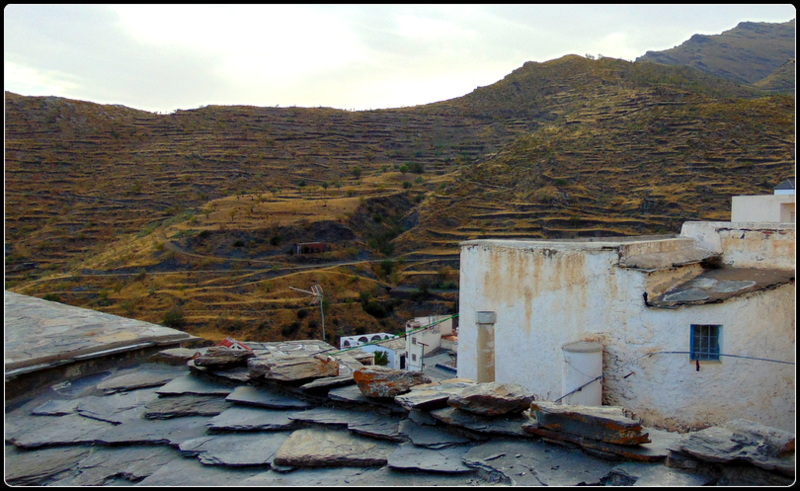 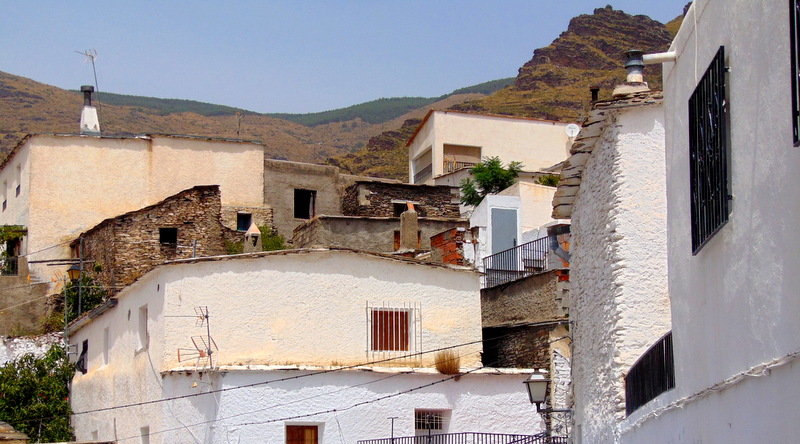 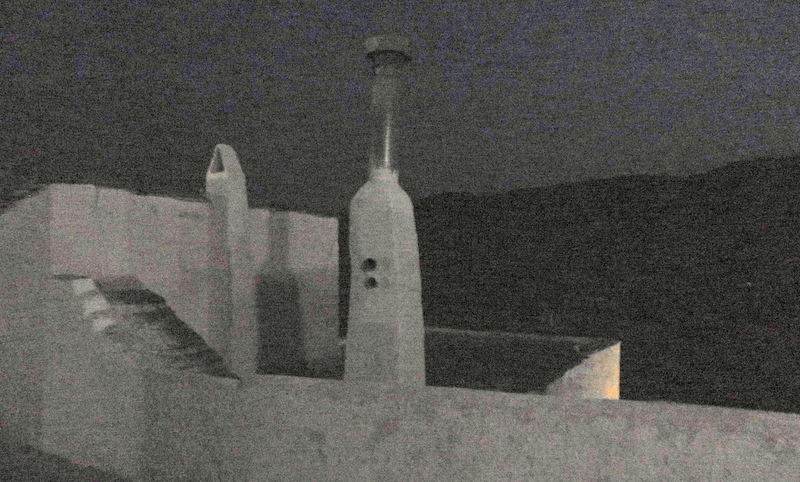 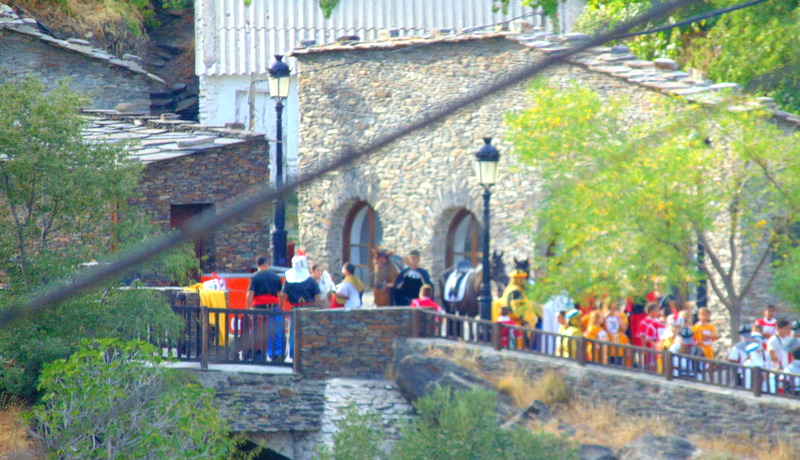 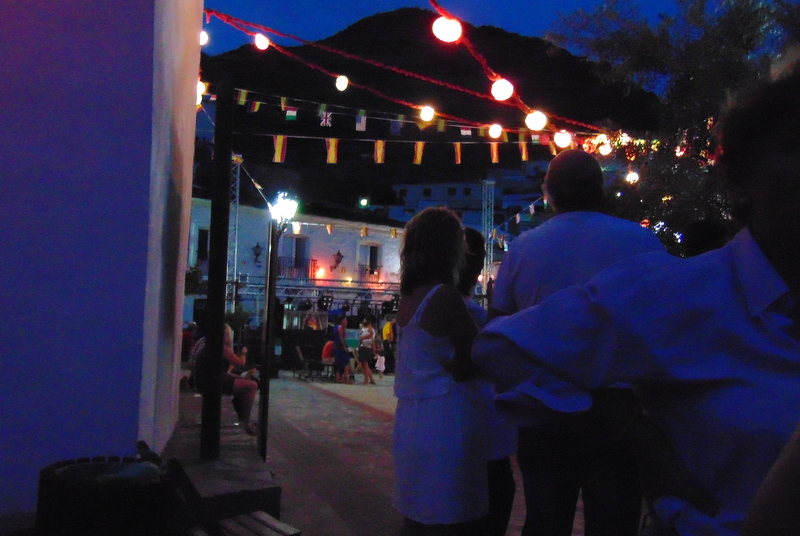 August on a Half Shell

Driving home after a beer on the beach. I'd hoped for one in the pueblo, but there was no parking left: at 8.00pm. Why not build public parking Mrs Mayor, more parking means more cars means more customers. Who knows, even residents.
There's a bar in the village, says they make their money from tourism. It's a pretty place, open all year long and run by residents - not those people who open for a couple of months during the high season then fuck off away for the rest of the year. Proper residents they are, with an interest in the village. I reckon I must have spent about 10,000€ in that bar over a lifetime of drinking. I'd like to see the tourist who could match that.
So, the beach. Lots of traffic but the bar I went to, on a side street, was pretty quiet. Some fellow was out last night with a shotgun (or a pellet gun, you know how we exaggerate) and he fired both barrels at a group of people waiting to get into (or out of) a discotheque at five in the morning. So, more police I expect. I drank my beer, ate a tapa and came home again.
Our road is interesting: no street sign, no pavement, no pedestrians, hardly any houses (there are fourteen), but 59 street lamps, put up just days before the election. Thirteen of the home-owners are against the street lights, the last one on the line is, apparently, in favour of them - although he will have noticed the alarming increase in the moth population.

Mojácar in August: tourism is in full flood and the cash-registers are ringing. Unemployment is down as summer jobs abound. There are warm queues outside each cash-point (most now charging two euros or more for non-account holders) and gangs of youths wandering up and down our one (one!) street and occasionally being sick in the flower beds. Many of the residents have given up the unequal struggle and either stay quietly at home, panting in the heat, or else they have left for a visit to their countries of birth. Festivals, smoke, noise, music, crowds and – above all – profit.
September is still a month away...