In Favour of Bullfights


An article in favour of bullfighting, they said. It’s not going to persuade anyone who hates it to open their minds, or to give it a chance, I answered. Those who have their ideas made up about ‘animal cruelty’ or ‘Spanish stone-age traditions’ aren’t going to be swayed by me talking loftily about ‘art’, ‘culture’ or that fruity word ‘catharsis’.
Many of the British residents in Spain have been got at by their diet of white-bread satellite television and entertainers of the standard of Ricky Gervais, who makes his name by publicly playing with puppies and repeatedly announcing that anyone who doesn’t follow his wholesome lead is an utter shit.
In Spain, we have those who like the toros, those who don’t like the toros, and those who don’t like those who do like the toros. Members of this last group are known as ‘antitaurinos’. They feel a pious pressure to inflict their arguments – sometimes violently – on everyone else.
So, what’s the point of rolling out artists who loved the bullfight – Picasso, Goya, Dalí, Hemingway, the poet Lorca and the author García Márquez (the man who wrote 100 Years of Solitude and who famously said ‘I’m a Nobel Literature Prize Winner and I love the toros.  You: you who fancy yourself an antitaurino... what do you know of culture and tradition?’). When you have already made up your mind – or had it made up for you?
Joaquín Sabina, Spain’s premier folk singer, said just last week, ‘I think that there is a lot of ignorance among the antitaurinos and a lot of scorn over a thing which has lasted for centuries and which can be absolutely supreme: a metaphor for life and death’.
Perhaps that is part of the antitaurino problem – they can’t accept the profound truth that, without death, there can be no life.
So: to the Bullfight. I go sometimes with my friends and my companions, all Spaniards. I am a part of this culture and spend much of my time speaking Spanish, reading, watching, living the vida española. Thus, I do Spanish things and, naturally enough, enjoy this wonderful country and its people to the full. In my own province, Almería, there are sixteen bullrings. Some are modern or large city rings, others are small and a couple, I am sure, are no longer in use.
I might join a group of friends to see a novillada – free to the public, where the young and inexperienced (sometimes as young as fourteen) will buy a bull, hire a cuadrilla (the crew) and rent the bullring. All for one expensive shot at getting the magic right. Another time, we might go to see some of the stars of the bullfight: the matadores. There are people who treat them the same way as we used to treat The Beatles. With adulation.  One young woman of my acquaintance knows all of the bullfighters: their names, colours, favourite pases and so on. She keeps photographs of herself posing with some of these heroes of hers. 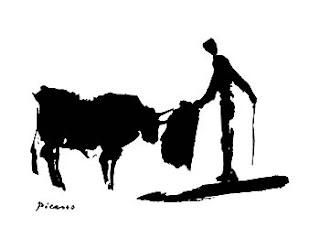 The crowd alone is worth a trip to the corrida. They are friendly, enthusiastic, vocal and generous. You will be lent a cushion to sit on, given a beer or a sandwich, or a squirt of warm red wine from a goatskin bota.  You will see, together with a few thousand others, astonishing acts of bravery, of skill and an indifference to danger, to injury.  This is Life, because Death is nearby. Do the onlookers like to see the bull suffer, and die? No. Many turn away from the moment. Are they cruel? No again. Death accompanies us all – I think that the Spanish are tolerant of this finality.
The crowd, so noisy during the spectacle, leaves quietly, and goes home. There is no truculence or fighting or drunkenness, like after a football match. A corrida is a social affair. The whole family came, from small and noisy children to gouty old grandparents dressed in black.
There is an industry behind bullfighting. Many jobs and much money are involved. The raw material, the fighting bulls, known as los toros bravos, are extraordinarily well looked after – if you like – because they are expensive. They will have free range on giant farms and will be bought to their destiny when they are four or sometimes five years old. Contrast this with a bullock taken from a small pen and killed by an electric bolt to the head at eighteen months or less just to make you a nice sandwich.
Will bullfighting ever be stopped in Spain by the well-meant interference of those with shrunken souls? Not in our lifetimes.

Consequences of a Brexit

There will be a referendum in the UK this summer - apparently - and while it will affect those two million Britons who live in Europe, only a very few of us will be voting, or able to vote, to influence the outcome. This is of course the consultation over whether Great Britain should leave the EU, the choices being: staying, which is Good for Business, or leaving, which is Good for Nothing.
The 'Stay Vote' is interested in exports and not expats. A good example of the joys of Europe comes from a box of Kleenex tissues. You will find that the contents - paper handkerchiefs - are written in every language where the product is sold. Paper handkerchiefs, mouchoir de papier, pañuelos de papel and so on down to languages so obscure and peculiar, the good people at Kleenex HQ must have a job correcting the syntax. Meanwhile, if an Englishman buys some Kleenex in Bulgaria... well, good for him. End of subject.
The 'Leave Vote' seems concerned about the glories of the past. When Britain, with its two Trident subs, ruled the waves and Johnny Foreigner knew to doff his hat as we passed. In these days of finding those guilty of our falling standards, it's easily provable that the foreigners settling in the UK are to blame, taking our jobs and our womenfolk. That's about it, I think. Did I miss something?
While the debate rages in the British Media (controlled and owned by Moguls who have their main residence in the Cayman Isles), we read that 'Those Britons who have moved to Europe (there are two million of us) have lost any rights to influence British policy'. Oddly, the British are much more generous with the Gibraltarians (30,000 of them) and the Falkland Islanders (2,900 of them) than they are with us expats.
It must be something to do with the land. The British are not to be swayed by questions of applied freedoms. We should remember how Downing Street gave a British Island in the Indian Ocean, Diego García, to the Americans back in 1968 for purely strategic reasons, sending the entire population of 2,000 into a forgotten exile.
What, if anything, will happen to the British expats living in Europe in general - and Spain in particular - if the UK votes to leave the EU?
Short answer - nobody knows; and no one in a position of power either wants to tell us, warn us, discuss it with us, or indeed to worry about such an inconsequentiality. So let us explore the possibilities ourselves.
If the UK were to leave the EU - if 'Brexit' became a reality - then one of the chief demands of the 'outers': the UKIP, the right wing Conservatives and the grist and mill of the Nationalists and Britain First along with assorted closet-racists and elitists, would be to attempt to winnow out the foreigners. Hard, of course, with the Commonwealth citizens, but easier with the Europeans. There are 200,000 Spaniards living and working (but not retiring, never retiring) in the UK, and 500,000 Frenchmen. In all, around two million Europeans are said to be there - including plenty of Poles, Romanians, Estonians, Bulgarians and what not. Any inconvenience handed to them - from withdrawing medical rights, or insisting on work permits, and down to deportation - would immediately be answered by Madrid, Paris and Berlin in similar terms. Events happening in far-off London, or Birmingham or Glasgow, could suddenly be felt in Fuengirola, Marbella, Mojácar, Altea, Jávea and Ibiza.
The expats might find that Madrid would be treating us as they currently treat non-Europeans, or (for those who remember) as we were treated before Britain joined the EU. We could expect the return of visas, convertible accounts and those hard-to-obtain work-permits (we have over 30% unemployment in Andalucía). We would lose all and any voting rights if we stayed in Spain - in European and local elections as we have now (not that the former do us any good - there are twenty million unrepresented Europeans currently living in another European country without a voice in Brussels). We would lose Spanish health privileges and that over-65 bus pass. The demand for property would fall, and property-values in expat towns like Bédar, Benhavís and Benissa would crumble.
If the racists really took over in the UK and deportations became a reality, we could even be subject to the same treatment. Spain, they say, would never throw out the British because it makes too much money from our presence in those small towns in forgotten parts of the coast previously mentioned. Madrid is already inflicting the Modelo 720 on us (a declaration to the tax-authority of our world-wide ownings), declaring some/many of our homes in Andalucía to be 'illegal', supporting the Valencian 'Land Grabs', curtailing our pin-money rental plans and, in general, either ignoring us or treating us without much enthusiasm. We have no voice in Madrid and little anywhere else beyond Mijas and Calpe. Helen and Len Prior, whose home was demolished eight years ago in Vera, Almería, and who have lived ever since amongst the ruins of the villa, are our most famous members.
I don't think that the UK will vote for a 'Brexit', but the possible plight of two million Britons in Europe, and 750,000 in Spain, is certainly not going to influence the vote in any way whatsoever.
Posted by Lenox at 10:11 AM 2 comments: 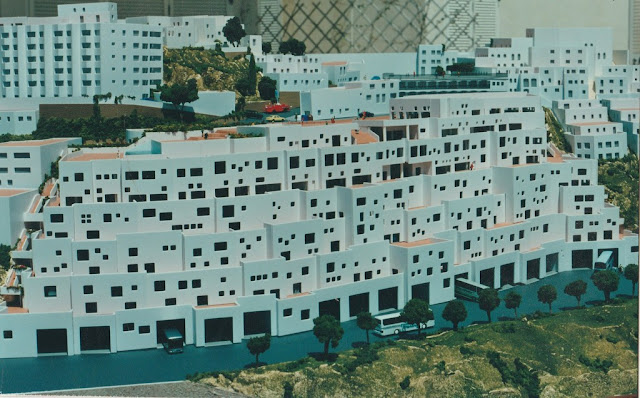 Mojácar, as has been said before, could have been 'a player'. Here is an ambitious plan dating back to the early years of the 21st Century to build a bus station, offices, shops, apartments, a multi-story car park and a hotel in the street called Avenida de París which runs past the Pavana along under the three-story post office, library and police station that is (was) under the Mirador, the marble view-point from the town square which is now covered in tables and chairs from four local bars.  The same building, by the way, which has been condemned and is now to be torn down to build another town hall there.
The project came from a Lorca-based businessman and the Town Hall voted it down. It would ruin the view from the Mirador, they said.
Another disastrous mistake for Mojácar. 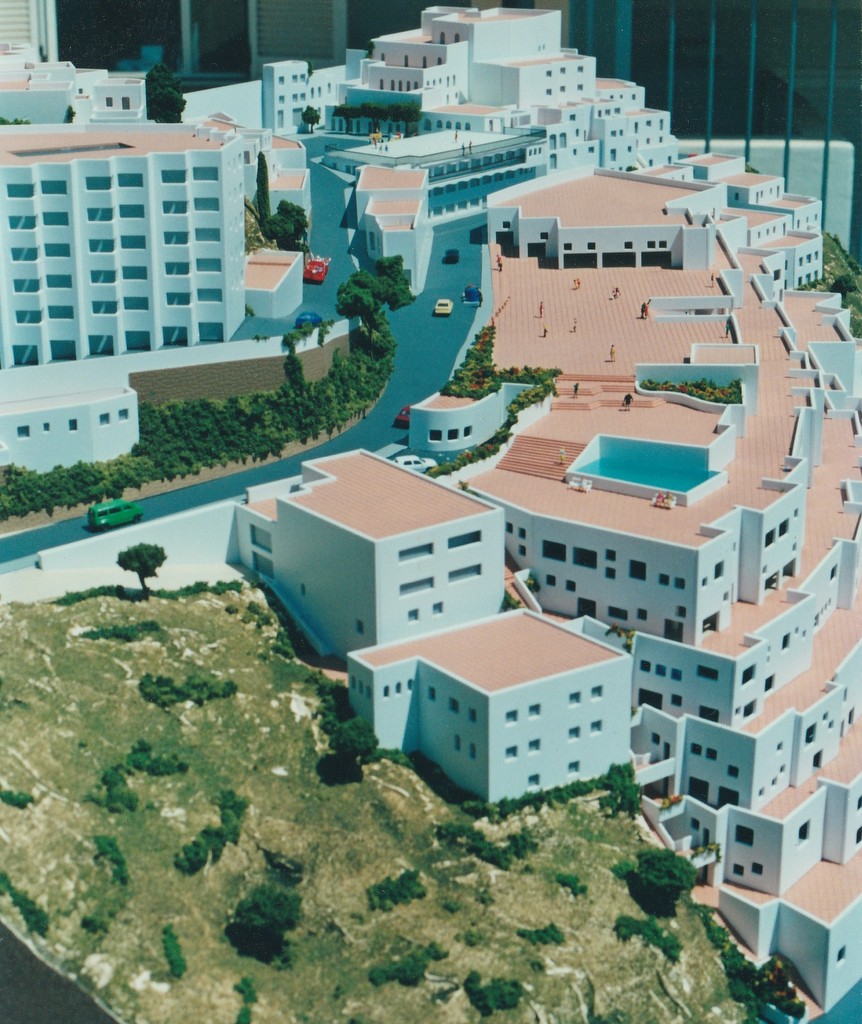 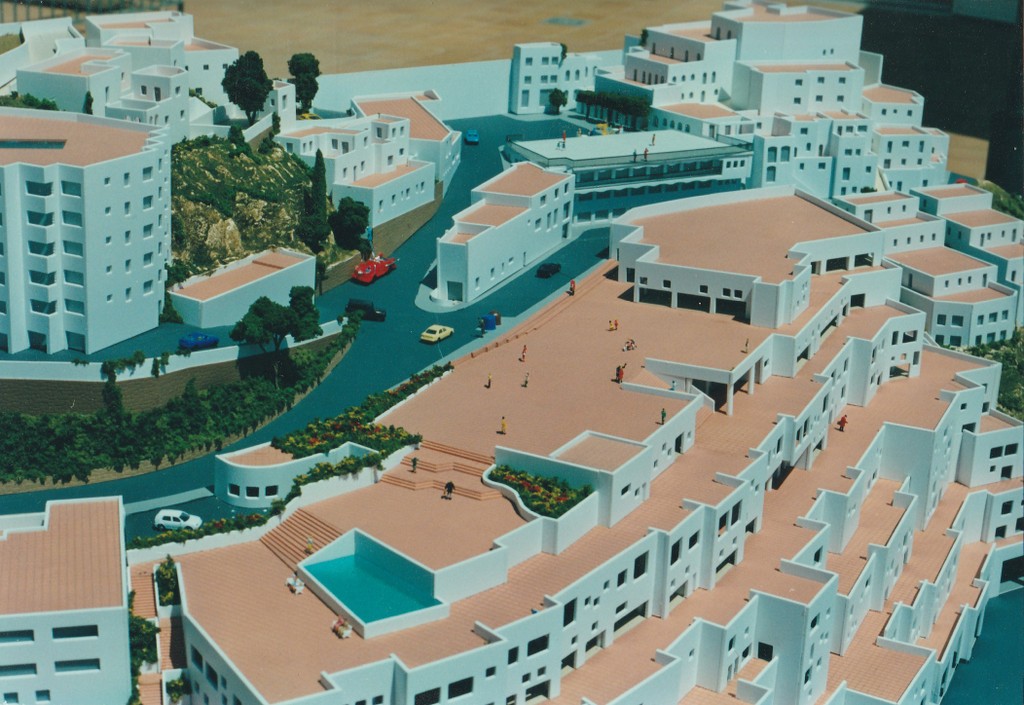 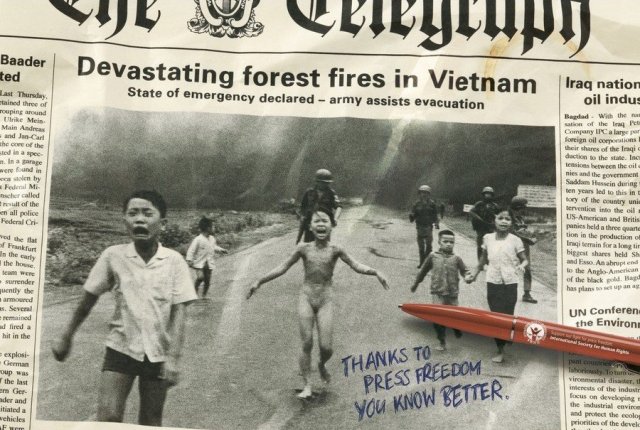 Maybe too much for Facebook... The truth is out there!
Posted by Lenox at 9:25 AM No comments: 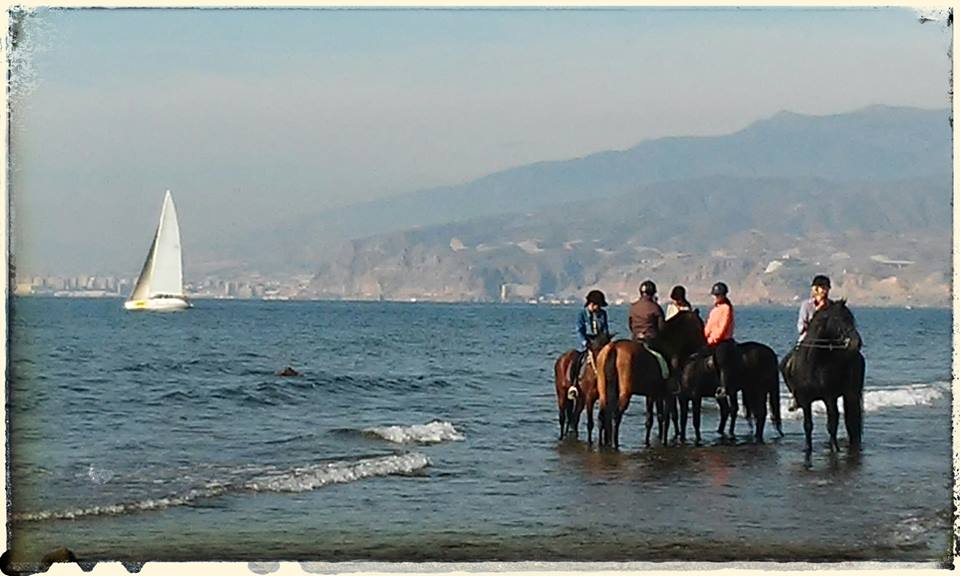 A nice picture from Almería. The coast to the east towards Costacabana is 'unspoiled' - as a dreamer might call it - since there is little more than a pedestrian route and a road close to a narrow pebbly beach, covered nonchalantly with garbage. On the other side of the road, instead of expensive homes or fancy restaurants, there are tumbled down plastic farms: invernaderos. Who plans these things in the Almería Town Hall (or is it the ghastly will of the Junta de Andalucía)?
Still, ignore all that - Almería is pretty and ideal for great photographs - even from a mobile phone...
Posted by Lenox at 11:09 AM No comments: