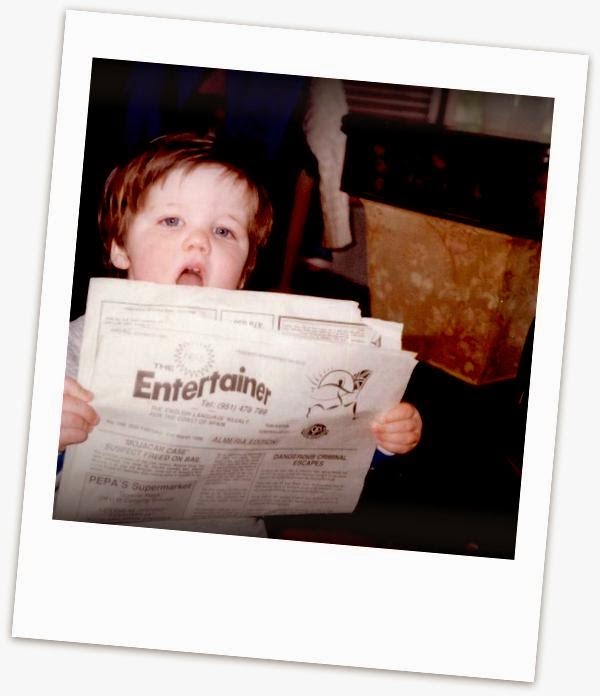 While its successor will have decided to ignore the occasion, The Entertainer, Spain's first independent free English-language weekly newspaper, turns thirty this Saturday. The first edition of the paper was published in Mojácar back on April 4th 1985, following some sterling work on a kitchen table. The small newspaper, started by Mike Connolly, soon grew in size and popularity and, with investment and participation from Lenox Napier, who still edits The Entertainer Online as a blog, the paper grew to three weekly editions, covering the coast from Gibraltar to Valencia. An ongoing court-case prohibits this historian from saying what happened next, except that The Entertainer abruptly changed its name and ownership around the Turn of the Century, to become the Euro Weekly News.
Posted by Lenox at 10:04 PM No comments:

The Quietest Place in Almería in by the Cabo de Gata

I was visiting the area between the Barriada called Cabo de Gata and the fishing village of Las Salinas this Sunday, following a rainy day. There is a lookout post for birds, although not many flamingos about this weekend. I saw my first house martin for the season. Now is the time in Almería for wildflowers. 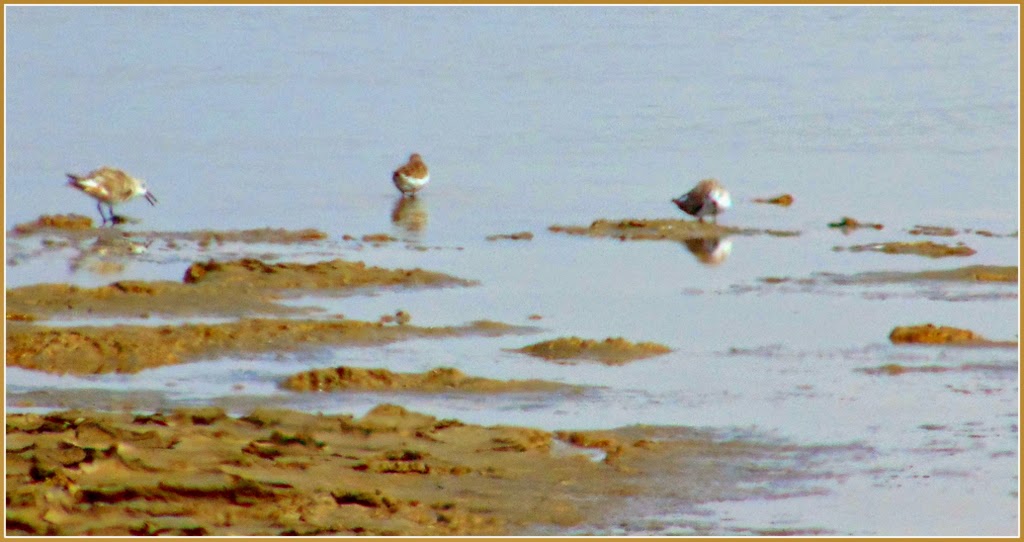 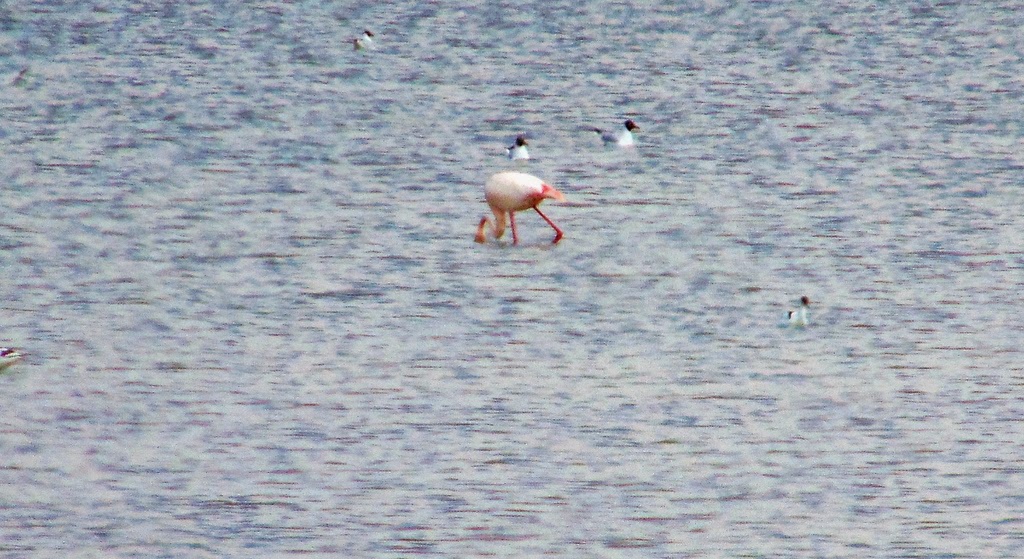 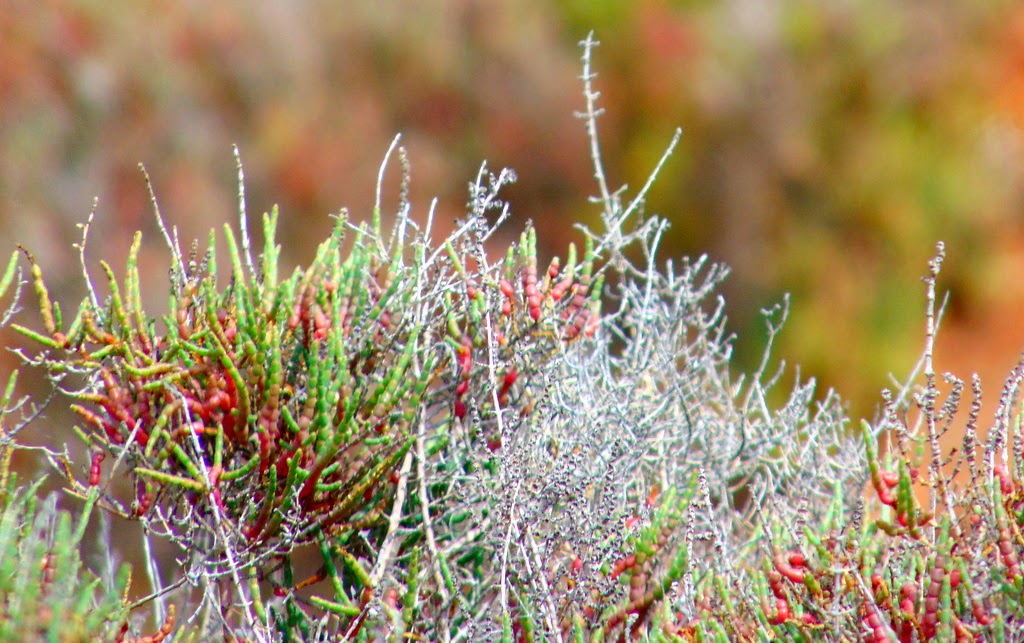 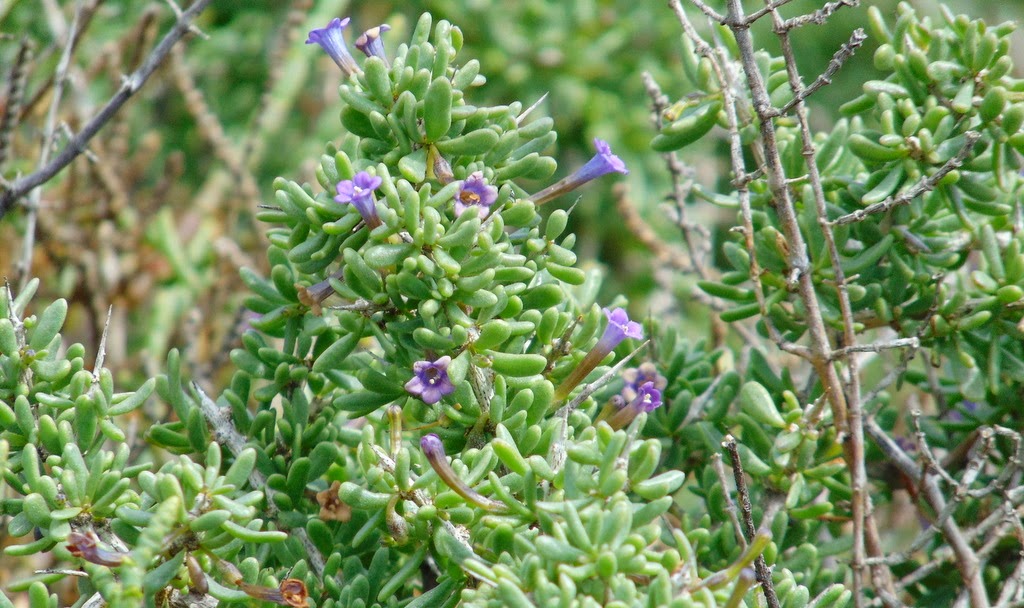 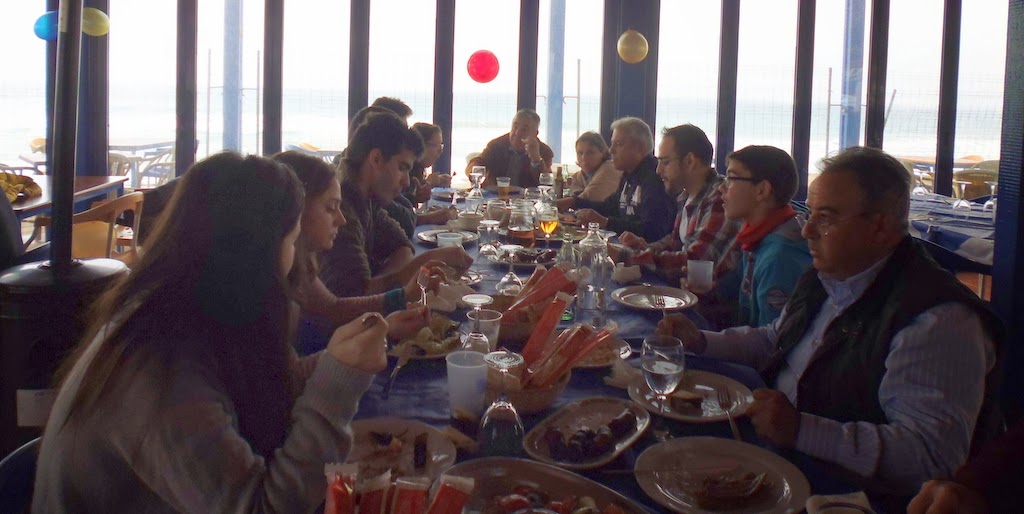 I had two lunches yesterday. The first was an invitation to visit and eat with an Elderly British couple. We had fried turkey breast and a glass of white wine. Followed by an ice-cream on a stick. We talked about the weather (it's been raining this week). I then made my excuses and drove along the beach to a restaurant which is opening soon for the season. It was a Spanish friend's birthday and an enormous table for thirty or more had been laid. People came and went as more and more platters arrived from the kitchen. I was sat next to two local people I knew slightly, with a Danish couple seated opposite. My neighbour passed me endless pieces of meat, sausage, morcilla, alioli and salad. The man on my other side was more concerned about my glass. I had at least three drinks in front of me at one point (although, looking at the picture now, I seem to have been the only one). Pedro was running around telling everyone to eat and drink more, as his sister looked on approvingly. A cousin invited me to go hang-gliding over Easter and a young woman asked me about journalism, as she was studying both this and the English language, and was soon to leave for Malta. The Spanish, of course, know how to eat and enjoy themselves.
I skipped dinner, by the way.
There's a thread on the Facebook with British residents discussing local Mojácar restaurants, which is the best of them and so on. Very positive. There must be a hundred places, with local and foreign cuisine: Spanish, Basque, Madrileño, French, Brazilian, German, Greek, Mexican, Chinese, Thai, Indian, American, Italian, English, Irish and Argentinian. The choices for best place, though, and seen through British eyes, seem odd. The cheapest and worst are mentioned regularly with enormous enthusiasm, while some will only eat in those family-owned place with ridiculously large menus. One poster noting: 'We are very spoiled here, we try to only use Spanish owned restaurants/bars, we are in Spain after all' (as if anyone else should know better than to open a restaurant in Mojácar, a philosophy strictly adhered to by the local population outside of election time). Perhaps the poster should have chosen to live in a more Spanish town. There must be some of them left... in Jaén or Mérida or somewhere.
Eating out should be a leisurely mixture of good food, good wine, good company and good service. Skimp on these and you might as well stay home.

Spain is in the midst of an election year, with the elections in the autonomous region of Andalucía, on March 22nd, being the first of several exciting days at the polls. The Andalucian elections, basically a choice between four contenders (plus three tiddlers) who will inevitably need to pact in some way following the results, are seen for the PP as an evaluation of the Government in Madrid, as a test for arrogant newcomer Podemos, as an introduction to the new centre-right Ciudadanos and as a probable platform for the Andalucian leader of the PSOE (and unelected President of the Junta de Andalucía) to catapult herself later to the national leadership. Keep an eye on Susana Díaz.
The dust from this will have hardly began to settle, with the important interruptions of Easter and the Feria de Sevilla to distract the negotiators for the future Andalucian coalition (or, wait, will the PP support the PSOE in a quiet deal, allowing Susanita her Moment of Glory in exchange for PSOE support in Madrid against the longhairs?). A few weeks later, along come the local elections.
It might be thought odd that the President of the Junta de Andalucía would have sprung the region into elections in March when the municipal ones are in May, causing all those invigilators to lose two entire Sundays rather than one, but she is an adept manipulator and her party is worried that the bright and shiny new Podemos crowd could have made too much of an impact.
The local elections - where foreign residents who ask nicely are allowed to vote (there's a special opportunity, by the way, to get on the register between April 7th and 13th - check in your town hall), are on May 24th. You vote for a closed list, an unmarked paper - 'una papeleta' - placed lovingly in an envelope at the polling station. Some local parties in municipalities with lots of foreigners may have, as cannon-fodder, a Briton or a German somewhere down the list. He won't get in, and the party will carry on ignoring the guiri population. Of course, in local politics, there are strange and exotic parties vying for our attention. Most of them will be the normal local-fellow-wants-to-rezone-his-land candidates, or the racist it-all-belongs-to-us candidates, but there may be a few independent groups with foreigners high on the list or even candidates  prepared to work for integration and multiculturalism. Don't be confused by the siglas, the party name or ideology. There are (or should be) only local issues at hand.
Besides Andalucía, Catalonia and the Basque Country, other regions of Spain rather sensibly have their autonomous elections at the same time as the municipal ones. More posters of smiling candidates stuck to walls, doors and shop windows. Play your cards right and they'll give you a free lighter or a pen, too.
Catalonia has its regional elections on September 27th, where the heady issue of independence will once again be discussed (not only in Barcelona, either).
Then, sometime in late 2015, comes the Big One: national elections. Currently, those four parties, PP, Podemos, PSOE and Ciudadanos are neck-and-neck, with only four points between them according to the polls. More coalitions? It looks like it.
Posted by Lenox at 7:44 AM No comments: