The summer hols are upon us. We shall pack our bags (or our hand-luggage if we are travelling with one of the cheapies) and jet away to somewhere warm, where we shall get drunk, have a brief romance, buy a souvenir, punch someone and be sick in a flowerbed. Perhaps we shall look wistfully at a property if there’s a rainy day, or discover to our surprise that the holiday business has become an industry.

Spain is no exception.

Ludicrous newspapers like The Express are always full of stories about why readers shouldn’t be holidaying here for one reason or another: whether it’s a limit to six drinks a day in the all-inclusive hotel, the ignominy of having to queue in the Non-EU line at the airport or the bar-staff that can’t understand you when you ask for a bacon sarnie. 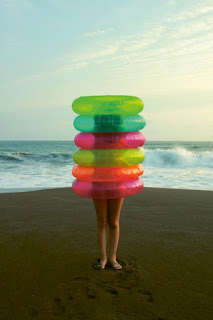 The Spanish probably couldn’t care less what The Express thinks, short of a few small hoteliers who are worried that anyone is going to change their mind because of some inflammatory article about Etias visas and decide to stay for two weeks in Southend instead.

Meanwhile, Easyjet and other airlines cancel large numbers of flights from the UK for some reason or other. More queues, more anger, less time around the pool.

There are several issues of slightly more weight that worry the Brit tourist, such as the 90 / 180 day deal in the Schengen Zone, and the agony of whether a resident can use a British driving licence (both subjects sublimely ignoring the self-inflicted punch of Brexit).

Some of Spain’s destinations are crashing out of the tourist stakes – such as La Manga, which overlooks the Mar Menor: now a dying lagoon. Under extreme threat too from illegal wells is El Parque Nacional de Doñana in Cádiz.

So, tourism changes: it diversifies and it evolves. Now we read that the second kind of tourism, what might be called city-visitors – is facing a crisis as China considers halting all Chinese holidays abroad. They may not be much for bucket and spade tourism, but they do appreciate a flying visit to Madrid, Granada and Barcelona to see the sights.

Better news comes from Germany, where the travel agencies are mooting the idea of sending their senior citizens en masse to Spain for the winter months to save on energy (a sensitive topic in Germany at the moment). If Spain tuned in, they could convert some of their abandoned villages into merry North European retirement centres (and get funding to pay for it).

Could you Say that Again, Slowly?

An interesting subject here. Spain is the only country that prohibits the use of its place-names in Spanish where local versions/names occur. Mostly.

Gerona or Girona? Sangenjo or Sanxenxo? Jávea or Xàbia? The local version often takes precedence, which is a bother if you don’t know that Iruña is another way of saying Pamplona (apparently Pampeluna in English says Wiki) or Elx is Elche.

Or Maó is Mahón?

A few other cities have an English version (we use Seville over Sevilla and Majorca over Mallorca even if we have given up on The Corunna). Sometimes – in the Basque country at least, they just use both – like Vitoria-Gasteiz (well, officially anyway).

Then there are the English-language newspapers that for some reason don’t have an ‘ñ’ on their keyboards, bringing us the joys of Logrono, Peniscola and Salobrena.

And the seasonal Feliz Ano of course.

Come to think of it, the Catalonians prefer Catalunya to Cataluña (they haven’t used the ñ since 1913).

Spain therefore bends over backwards (mostly) to accommodate regional variants – Lleida for Lérida, Eivissa for Ibiza (I mean, really!) and so on, whereas other countries just use the regular name (Imagine the weather forecaster on British TV saying Caerdydd instead of Cardiff or Dùn Èideann for Edinburgh).

However, when the Spanish go abroad, it’s all Londres, Estocolmo, Nueva York and Pekín.

Finally, how about the Galician name for Xibraltar!