Cars are fun and we all wanted to get a driving licence and behind the wheel as young’uns. Vroom vroom. They are useful for getting about, racing, picking up girls, doing the shopping, racing, speeding and racing.

They cost a lot to buy (unless your parents shelled out) and they are expensive to maintain. Then comes the taxes on them. There’s the garage tax, the petrol tax, the road tax, the wretched ITV and its associate taxes, the motorway tolls, the insurance and the fines for parking in the wrong place or speeding at the wrong moment. 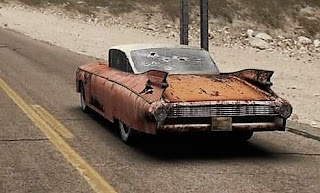 Then there are the fines for driving drunk, or with a phone somewhere near to your ear, or for sticking your elbow out of the window when a traffic cop is low on his monthly quota.

Now Brussels wants Spain, which has been getting rid of its toll roads, to start charging for all and any motorway usage by 2024: to help finance their upkeep, apparently. The argument is that, those who use them should pay for them.

Currently, the State receives, between car and petrol taxes, plus the IVA placed on them, 30,888 million euros a year. Plus the fines collected by the insufferable DGT – 374 million euros. Plus what the ayuntamientos get.

Another calculation gives the sum that is spent by the government on roads – building and maintenance – at a rather smaller 2,800 million euros.

And now they want us to pay for the road-upkeep (the fifteen kilometres on the autovía between Los Gallardos and Venta del Pobre in Almería have been mangled and potholed now for several years, if anyone’s asking)! Something called the Acex – the association of road operators – thinks that 5 cents per kilometre should do it.

Cars are fun, but they are expensive. It’s a great saving to live without one (and hitch a ride from the neighbour).

The long-term future for car-ownership is doubtful. Within a generation from now, they’ll all likely be public-owned (or more likely Amazon-owned) driverless cars which run on a credit-card. Luckily, for the dare-devils, there’ll still be those electric scooters (patinetes) available from the better shops, although now you will have to wear a crash-helmet while trundling along on one at a top-speed of 25kph.

Mañana Belongs To Me

I suppose it was inevitable. Mojácar was bound to change eventually.

First it was the arrival of the tour-operators, bringing with them their hordes of customers. The number of local souvenir shops (there may have been one) expanded dramatically and the last time I counted, there were fifty of them just in the pueblo. Fifty!

Mostly they just sold junk - trucked in by the people who specialize in this stuff, a bit like the Mahou and Coca Cola man. The thing is, of course, that residents don't buy rubbish from the nick nack shops. Who needs a souvenir ashtray or a raffia bull's head? Sometimes these shops sell more interesting stuff, and the owners have either made it themselves or gone somewhere to buy it. Bravo for them. In general though, it's just tat, with good margins for the shopkeeper. In short, tourism was seen to be good. It only lasted a few months each year, despite the best efforts of the tourist department (in non-Covid years), but it brought in money for the hoteliers, who pay lots (we hope) in local taxes, even if they don't employ many local people. The town hall luckily does. Not bilingual people with foreign parents who have been through the local school system. No. Just huge numbers of mojaqueros.

Mojácar in the old days was bohemian. There's not much point remembering it here, but it used to be a lot of fun. Now, it has become bourgeois, and is not. Sin City became Sin City (sin means without in Spanish). Maybe Facebook is partly to blame. A recent Brit post warned of a police control somewhere on the beach - and the reaction from the foreign residents was 'Shh! Don't tell them, they need to be caught'. 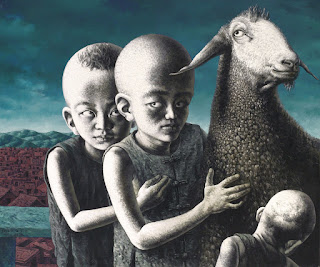 The village is promoted as being beautiful. In reality, there are almost no remaining houses from earlier times (most were demolished in the middle of the twentieth century and the rest when the owners could afford to follow cheap modern blueprints). The village has amazing views and narrow streets. It's blue and white. It's dramatic, but it's not beautiful. However, the majority of the business and the visitors stick to the beach. A long beach, with its walkways and cameras and urbanisations... and tiny little overused beach road. Nice.

We read of dinky little charmless local restaurants being recommended in endless Facebook posts. Between the tourist office (with its huge budget) and the local Brits (there's no budget for promoting settlers), it's hard to remember that there are some very excellent foreign eateries in Mojácar as well. The tourist office indeed only champions local stuff - as if Mojácar were only filled with local people (in reality they make up less than 21% of the entire population, whereas just the Brits alone make 25%). You won't find a street named after an illustrious foreigner; indeed, they won't even name a square after Walt Disney (chuckle!).

Rick Polansky (remember him?) used to say that a local could get a building permit in a morning, while it would take him a year. Perhaps he was exaggerating?   A mojaquero who became wealthy through politics buys a major business which couldn't get a licence when it belonged to a foreigner. Probably just a paperwork problem.

The main feeling taken away from the town hall is that this was our village when it was poor, and now it'll be ours again when it's rich. Fine, I say, but will it be a place worth visiting?

We Are Getting Old, My Dear

I was once with my parents in a bar in Tangier. Those were the times when Harold Wilson had decided that travellers were only allowed to take with them £50 per year – a sum which had to be stamped into the back page of their passport by the bank.

There was no ferry that particular day, as some expatriate explained breathlessly to my father, ‘…because it’s having its bottom scraped’. The owner of the bar, another expat (and evidently a close friend of the first one), overheard as he wafted past at that moment and said ‘Oh, the lucky thing’.

The stuff one remembers half a century later...

Fifty pounds wasn’t a small sum in Spain in 1968, but even so, it only took you through to about February.

The solution was to head off down to Gibraltar and take out a wad of pounds from the local Lloyds bank. Walk back into Spain looking nonchalant and look for a sign that said Change, Exchange, Wechsel.

Franco had inadvertently put a stop to that by closing the Gibraltarian border with Spain, to the inconvenience of the people living on both sides of the frontier, and the smaller hindrance to those Brits who were living here (as extranjeros, there was no EU to worry about). We needed our cash. So, we would take the ferry to Tangier, have a drink in the rather odd bar mentioned above, then cross to Gibraltar and zip once again into the Lloyds bank. An elderly Indian would then take our cash and have the pesetas, less his bite, delivered to a bar in Estepona.

Many years on, my computer, while not suffering unduly from barnacles, was certainly slowing down, and so it duly went to the local dealer to have its bottom scraped.

And here we are with a new hard drive. I’m trying to find the old stuff which is in there somewhere, plus work around some new programs, and try and remember my long list of Internet ‘favourites’. Let me know if you can’t open this (well, if you can’t, of course you won’t have read this essay).

The four grandchildren and their mom had arrived from America – about the first flight into Madrid – and were settled in at my Mojácar daughter’s place. I had dropped off the PC and then gone to spend a few days with the family to eat macaroni cheese and visit water parks and other uncomfortable venues. Granddaddy stuff. 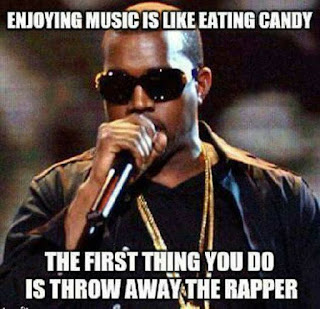 I learned these days that while I am evidently somewhat confused about computers, the last twenty years of tech has generally passed me by. In the rent-a-car, one of the kids had some truly ghastly music on their mobile phone, which, by the miracles of invention, wirelessly connected itself to the car’s entertainment system and allowed us all to share the joys of the latest rap music which goes mumble mumble mumble BEEP. The BEEP being an expletive and the only word that I understood. As it were.

So much for the Top Cuarenta.

My daughter showed me another thing which my protected life had previously missed. She could turn her TV from bad Spanish TV channels to cable, to Netflix, to games, to Internet. She could write on a handy keyboard and have it show up on the gigantic TV on the wall in front of the sofa.

And here’s me back home and crouched over my elderly albeit newly repaired computer in my little den looking to find the pound sign.

And maybe a photograph of some barnacles.