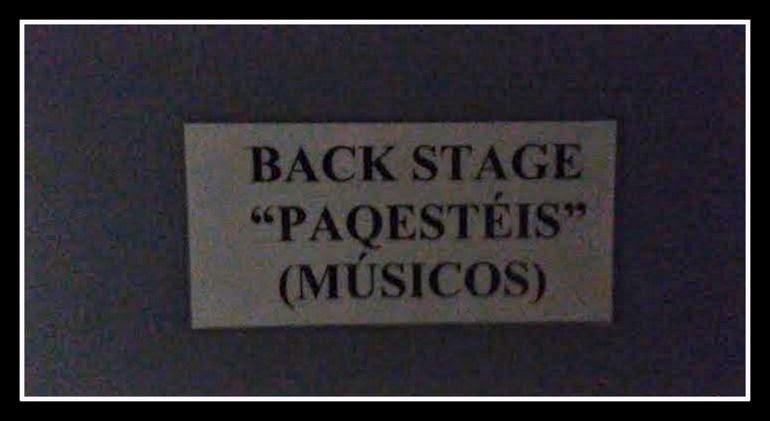 I sometimes go to a jazz bar in Almería to enjoy some live music. This supposes some live musicians, sometimes from foreign parts. Here's the sign on their door, with an explanation of how to pronounce 'Backstage'. Heh!
The club, well worth regular visits, is the Clasijazz.

San José, with the Beachwalkers 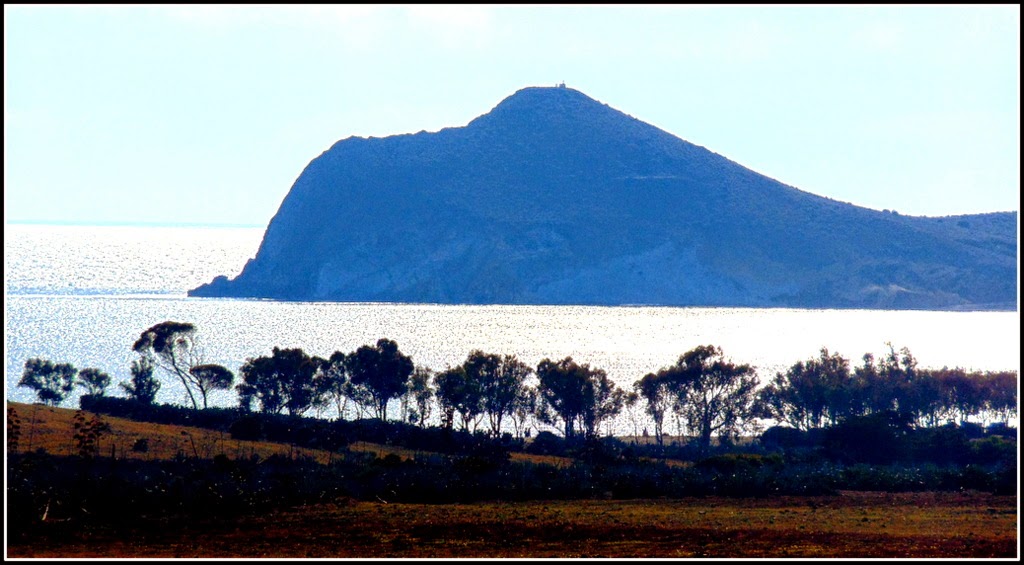 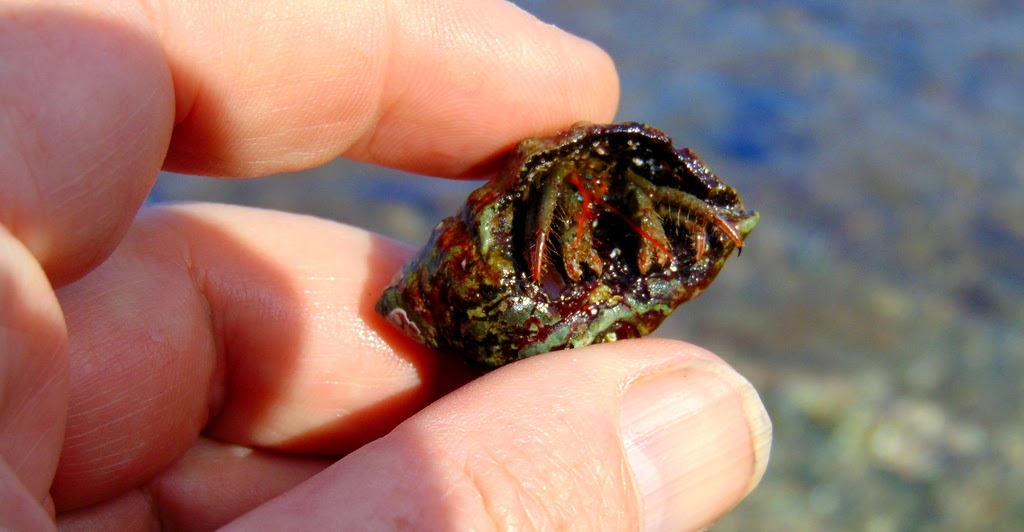 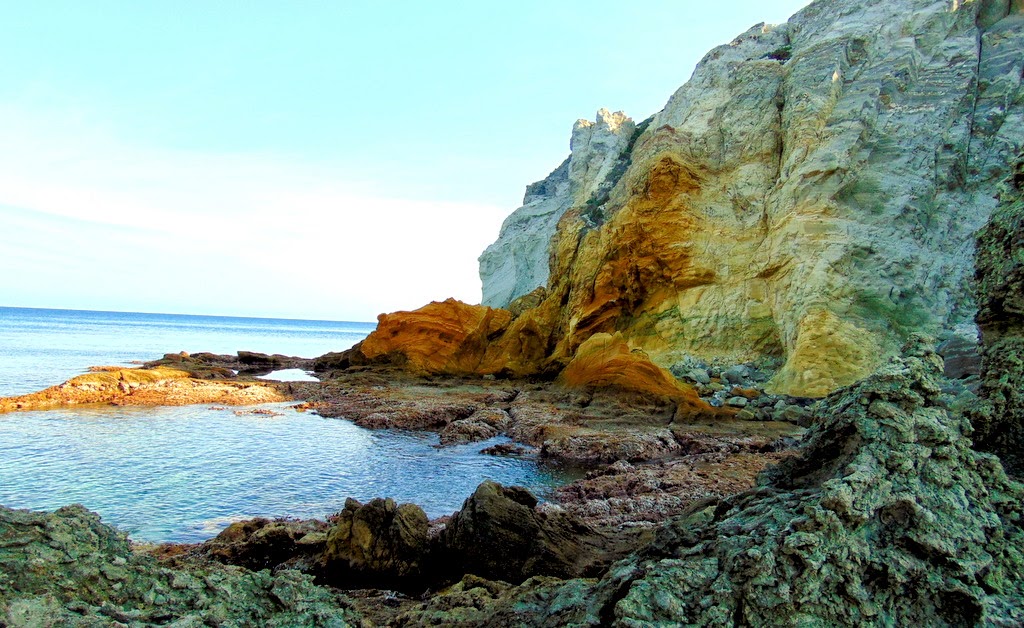 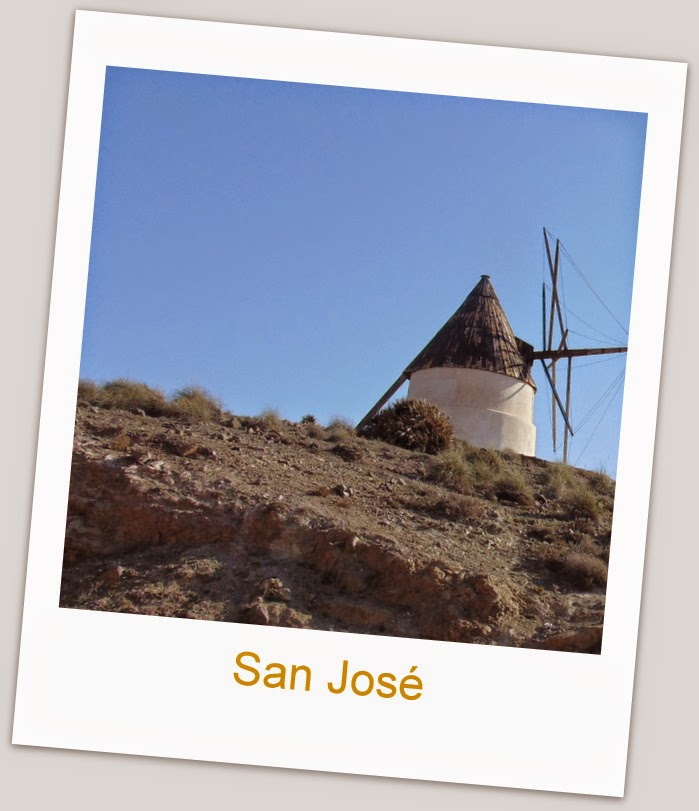 A short visit to the large beach beyond San José, on the Cabo de Gata (which translates into English as 'The Cape of Rest-Harrow Cammock', according to my South American dictionary, which also reluctantly admits that a gata could be a madrileña or even just a cat).
The road is a track, with several prominent no-parking signs. It runs straight and determinedly a few hundred metres from the sea, accompanied by flowering century plants and a large plantation of chumbo, prickly pear, still free from the plague that is besetting most of the province of Almería. In winter, there are few visitors around, beyond a modest clump of German campers (er, visitors, campers aren't allowed) in the parking area. A short walk down from the cars took us to the magnificent bay of the Playa de Los Genoveses: the Genoese Beach. Obviously.
The fine sandy beach was almost empty, with just a sprinkle of walkers with their dogs, some wading birds who ignored us with the aplomb granted to all locals while being plagued by tourists, and over in the far pools, some anemone, sea-urchins and hermit crabs. Peaceful and quiet with the sea as calm as the shore.
Back in San José, a lunch with some Spanish friends, salad, beer and an alarming dearth of olive oil and bread. We made some disparaging jokes about the voracity of the visitors after a refreshing walk along the shores of the beautiful beaches that surround this resort. I would guess: don't come in the summertime, or if you do - bring your own aceite. 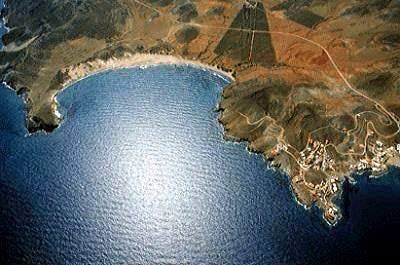 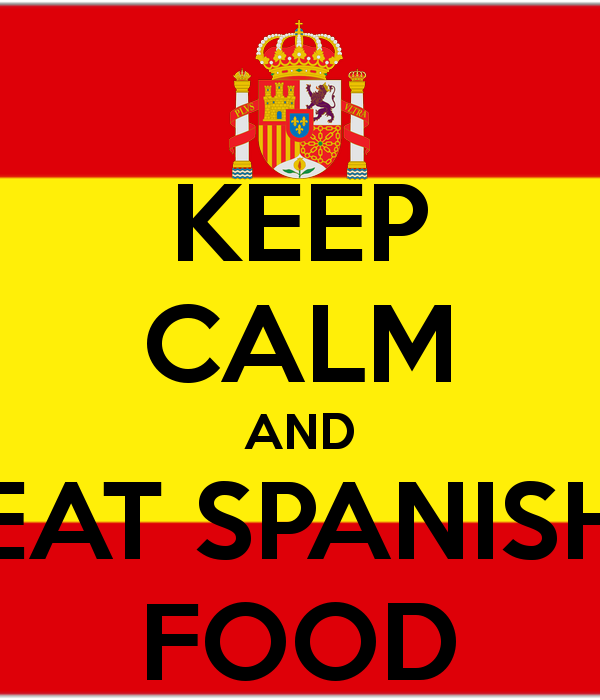 An article about Mojácar food in España Fascinante, tells of  el cuscús, los gurullos, la morcilla mojaqueña, el ajo colorao, los guisos de pelotas, el caldo de pimentón, las migas and los arroces caldosos. For fish, there's el gallo pedro, los espetones de sardinas or jureles, los calamares a la plancha or a la romana, los boquerones rebozados or en vinagre, los salmonetes, la sepia en salsa, el pulpo a la vinagreta and la exquisita gamba de Garrucha.
Sounds mouthwatering.
In reality, we have many more curry houses than ajo colorao stands, More English diners, French eateries, Mexican, Chinese, Belgian, Greek, Argentinian, Irish, German, American-Cowboy, Italian, Thai and Romanian restaurants, Madrid and Catalonian joints, Valencian paellas, pizzas and greasy spoons, all turning out a varied and delicious menu, but being all run by outsiders, they don't count.
What a strange town, over half of us are foreigners, yet we are treated with the same policy as the Visigoths: Completely written out of the script.
After all, have you ever eaten a bowl of guisos de pelotas?
Posted by Lenox at 12:38 PM 1 comment:

A Short Piece on a Long Story

It's an old town, Mojácar, stretching back when the mood takes it to the very earliest times. Juan Grima, a local historian, says it moved about a bit during the millennia, but always on the same fall of mountains, dodging Moorish corsairs, Phoenicians, tourists, Christian conquerors, tax-inspectors and Visigoths - in no particular order. Now the town is white, before it was brown. There's probably a double meaning there if you care to look. But it was always a little aloof, crouched on the final hill or two before the Sierra Cabrera clambers in jagged steps down to the sea below. We don't have much to show for it, there's no museum or particular collection of memorabilia in the Town Hall although they have just placed some old memories and a piece from a flour-mill down behind the 'Fuente' - an area that could do with some more parking, but the years show in the old stone work, the narrow streets, the broken bits of pottery, in the eyes of the old women.
Mojácar, from the prehistoric... all the way to 2015.
Posted by Lenox at 7:21 PM 2 comments: