The Government will now Fall 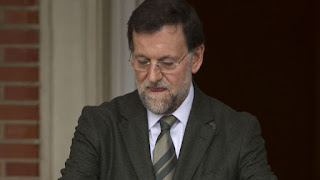 Spain is at a tense moment this Friday, with the Partido Popular in disarray following the sentencing in the Gürtel trial on Thursday - with several important ex-members of the party receiving exemplary prison terms, and the PP itself cited for improper party finance, with a 250,000€ fine. A couple of days earlier, on Monday, the ex-minister of the PP and Valencia strong-man Eduardo Zaplana was arrested and jailed without bail for another case of party corruption.
The leader of Union Podemos, Pablo Iglesias (the Media can't tear itself away from a story of Iglesias buying a large house with his wife and paying a hipoteca) has said he would support a moción de censura - a vote of confidence (reasonably common in Spanish politics) with Pedro Sánchez, the PSOE leader as candidate for president.
The PSOE has now announced that it will indeed table the debate. They would need either all of the smaller independent and regional groups to back them, or else the hard-to-fathom Ciudadanos party.
Ciudadanos, a party that is liberal yet right-wing, anti-corruption yet tied to the Partido Popular, has been mealy-mouthed so far, saying that they will support the motion only if Mariano Rajoy does not call for elections (they certainly don't like the idea of anything up to a two-year legislature under the control of Pedro Sánchez).
Mariano Rajoy could still decide to take the initiative and call for new elections, with a fresh candidate for the Partido Popular. (No, apparently not - once a moción has been tabled). Rajoy's latest reaction is to say that 'Sánchez wants to be president at any cost', despite '...the damage to Spain's stability'.
Either and any way one looks at it, the present Government has fallen in all but name (as forecast by me six weeks ago here).
Posted by Lenox at 1:16 PM No comments:

Don't Worry: the Surveys Have us Covered.

It seems that every week we have polls. The latest ones of interest are those that foresee ‘the intention to vote if elections were held now’ polls. Nationally, the latest poll gives the two new parties (we quote El País) the leadership, with C’s (Ciudadanos) with a nine point lead over UP (Union Podemos), but both of these are in front of the PP, lying in third place, and just behind them in fourth, the PSOE.
We can see how the Partido Popular are in trouble, with their endless scandals and (we return to the polls) poor leadership (‘65% of PP voters would prefer that Rajoy gave way to another candidate’), but what of Pedro Sánchez and his PSOE. Wasn’t he chosen in a massive popular swing over the Andalusian Susana Díaz only a few months ago? Indeed, the PSOE considers the latest (depressing) poll results to be ‘conspiranoia’. Good word!
Madrid also has a poll, giving the surprise result that C’s is the largest party and noting that  supposed coalition of C’s and PP would wrest control of the ruling Ahora Madrid (a local Podemos offshoot) back to the heady days of growth. The poll comes from El País. 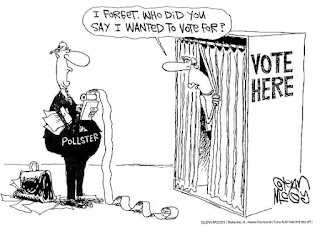 Capitalism for the Capital, so to speak.

We have also considered the powers of the media to manipulate. The question is, are the polls – so far we have looked at Metroscopia (connected to El País) and Sigma Dos (El Mundo) – themselves manipulative?
‘The surveys that are being currently published are designed to influence rather than report on the results’. The observation comes from El Asterisk here. Polls today are presented as a form of ‘pre-truth’ says the article. ‘The credibility of the El País polls is once again in evidence’, says Podemos referring to a (what turned out to be a wildly wrong) result from two years ago. An article at El Diario called ‘Will free elections be replaced by opinion polls?’ comically notes that El Español must stand outside the doors of the head office of Ciudadanos to conduct its own survey. More seriously, they say: ‘The disparate results of the surveys of these days and their variety of objectives should raise the alarm. Marketing cannot replace politics: demoscopy cannot take the role of democracy’.
Unsure who to vote for in these trying times, the electorate may take some advice from the media and heed what they are told by the polls. It’s not just Russian bots out there helping us to decide...
Posted by Lenox at 11:48 AM No comments:

When the Numbers Fail (but who cares anyway?)

Are the European foreigners leaving... or staying? Are there more of us or less? Can you trust the official numbers handled by the Authorities as ‘Gospel’? Of course, no one knows the answers to any of these except for the last question. The National Institute of Statistics (the INE) provides an exhaustively detailed (and hopelessly wrong) number of foreign residents by adding up the information found on the town hall census (the padrón). Here is the information, by nationality, for January 2018. There are, for example, 240,934 Britons registered in Spain... and 673,017 Romanians.
A local foreign women’s group in Benitatxell is led by Margaret Hales. She tells the Levante newspaper that “I don't think the statistics fully reflect the truth. Foreign retirees are not returning to our countries. What happens is that many are reluctant to register”. She makes the point that many pensioners spend six months in Spain and the other six in their own country of origin, perhaps renting out their property while they are away. They and many others like to ‘keep under the radar’.
Then there’s Calpe. The latest data from the INE put the population at 20,804 inhabitants. In the last year, it has ‘grown’ (or perhaps ‘discovered’) another 1,213 residents. The town hall claims, however, that between 40,000 and 45,000 people live in the municipality for more than seven months a year...’.
All these numbers and these doubts mean little to the Ministry of the Interior, whose job it is to look out for the foreign residents who invest in this country – buying a house, a car and spending regular sums – generally sent from abroad – in the local shops and restaurants. Perhaps we need a little less talk of catching us on the (apparently illegal) Article 720 world-wide wealth declaration, and a little more in making our life easier – whether with a proper ID card or in resolving the issue of the British votes in May 2018’s municipal election.
Posted by Lenox at 6:41 PM No comments:

The chief sicario, the executioner of Columbian drug-lord Pablo Escobar, was one 'Popeye'. Popeye, real name John Jairo Velásquez Vasquez, was responsible for at least 250 killings (Wiki) and spent 23 years in jail for his sins. He is now a free man.
A handful, if ever there was one.
We meet Popeye in an eccentric Facebook video which appears on the page of Pascual Díaz Hernández, the Councillor for Tourism for Carboneras, Almería (unfortunately famous for its Algarrobico Hotel which no one wants to either complete or demolish).  Popeye is promoting Carboneras as a great place to visit (and in a second video, as a great place to eat gambas). 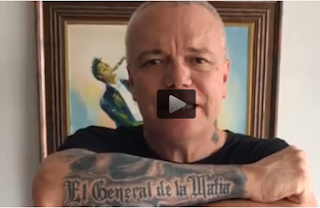 Is all publicity good, as long as you get the name right? Don't answer that!
El Mundo notes that:  '...Shortly after uploading the videos on his social networks, the tourist councillor for Carboneras began to receive criticism from some Internet users. "It all starts because of an anonymous profile linked to the socialist party that is beginning to ask for my resignation. It's a year before the election and they're going to campaign. They are giving me grief because the video has had repercussions," says Díaz Hernández. "They are trying to tarnish my image because I am one of the most active councillors in the city council," he adds...'.
In a later interview with the Cadena Ser, the councillor was quite pleased with events.  'I didn't know anything about Popeye's past at the time I asked him to do the promotion,' (Popeye has a YouTube account here) 'but the video has been seen by 186,000 people in three days'.
Whether the right kind of tourist will choose Carboneras as a result of the promotion will soon be known, hopefully without too many disagreements...