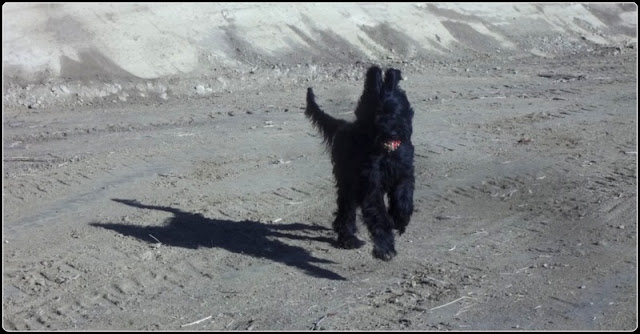 The Russians Are Coming

The cliché of all bona fide estate agents, 'the green shoots of recovery', is beginning to resound again along the costas as properties are being snapped up by foreigners. Paying usually in cash, the buyers have been doing their homework on the Internet and they are buying cheap discounted apartments by the hundreds. An estate agent in Benhavís (near Marbella) says that sales have increased in the past year by a satisfying 220%, precisely because 'prices have fallen by up to 70% from 2006 levels'.

This time, it's the Russians who are buying. To not put too fine a point on it, the Spanish Hacienda is hardly bothered by where the cash comes from, as long as it's coming. One or two bed-roomed apartments in the resort towns and estates of the Spanish coast are in demand, usually those going for under 100,000€ . 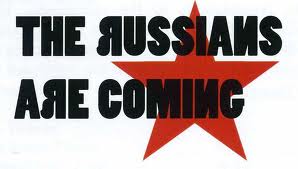 Other nationalities too. The British are still shy, having seen too many 'Paradise Lost' TV shows and read too many articles about Len and Helen Prior, now cresting their fifth anniversary in Vera among the ruins of their home. But the Belgians, the Germans and the Scandinavians are all waking up to the perennial offer of good weather and cheap real estate that Spain is once again able to offer.
These homes being sold by the agents are doing the major banks little good however. The typical toxic promotions now held by the new 'Spanish Bad Bank', the Sareb, were built as apartment blocks in and around the country's major cities. The Spanish, thanks to the extreme crisis, can not afford to buy them, while the foreigners simply don't want them. Barrios on the edge of a bus line in Madrid or Seville will never be the haunts of Europeans or Russians, who would be as out of their depth in an all-Spanish environment as if they moved to Glasgow.
Other foreigners are putting up their hands for apartments as well; but this time, they like the City. In Alicante, for example, Algerians are snapping up second homes. It's just a twelve hour ferry to Oran. A notary in Alicante is on record as saying that some 25% of all house registrations under his pen have come from Algerians, while a local agency called Tecnocasa claims that well over half of its sales since July have gone to Algerians.
However, it's the Russians who are buying the most. According to Masa International, Spain is seen in Moscow as the fashionable place to have a holiday home: in fact, there are now 250 agencies in that city who specialise in Spanish sales. While the Spanish have never quite understood why foreigners like 'to stick together', crafting Spanish towns and resorts as far as possible into mono-cultural conurbations, like the Germans with Mallorca or the British with their Fuengirola or Mojácar, it's clear that the Russians prefer the Costa Dorada. The agency Europa Dom in Tarragona claims that 75% of all their sales are to Russian buyers.
All of this said, with green shoots in the newspapers and Russian language menus in the restaurants, the vast majority of homes bought in Spain this year are far removed from the Coast and have been acquired by Spaniards.
Posted by Lenox at 10:14 PM No comments: 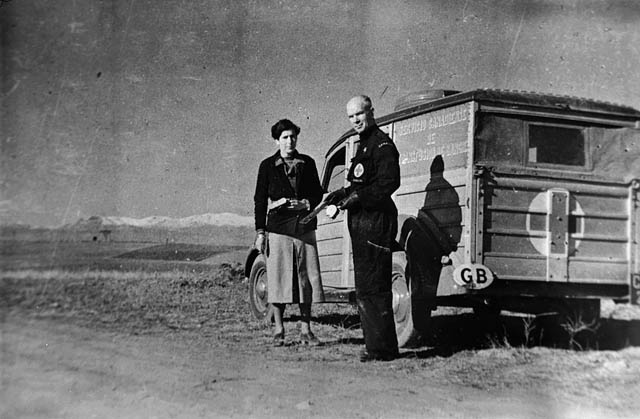 'He gave all he could, all he had, to the betterment of the people of the world'.
The Canadian doctor Henry Norman Bethune, acknowledged in a leading article in La Voz de Almería (Nov 4th) called 'El canadiense que salvó vidas durante la huida desde Málaga a Almería en 1937' - The Canadian who saved lives during the retreat from Málaga to Almería in 1937.
Norman Bethune is best known for 'his service in war time medical units during the Spanish Civil War and with the Communist Eighth Route Army (Ba Lu Jun) during the Second Sino-Japanese War. He developed the first mobile blood-transfusion service in Spain in 1936. A Communist, he wrote that wars were motivated by profits, not principles' (Wiki)

'After the capture of Malaga by the military rebels, terrified by the news and the speeches that General Queipo broadcast from Radio Sevilla; on February 7, 1937 a large convoy consisting of about eighty or a hundred thousand people flee in the only way possible: towards the capital of Almería. Consisting mostly of the wounded, women, children and the elderly, the panicked column is pursued by Moorish and Italian troops and bombed without mercy by German aircraft. From the sea, the fascist navy zeroed in like as if were target practice. The walking column was slaughtered without the smallest glimpse of humanity' (Historian Milagros Soler).
The Doctor from the International Brigades, who had developed a new kind of live-saving mobile blood-transfusion unit, was a popular and useful addition to the Republicans, and he is remembered in particular for helping to succour many people along the 350kms track between the two cities.

'We had spent an hour in Almeria', he writes in a book recently released in Spanish called 'Las Heridas’, 'long enough to obtain a bite of hard-to-find food. The small seaport had been bombed by air and blocked from the sea. One could feel the hunger in the streets. A kid took us to a bar, but it was completely saturated with soldiers, all eating the same mixture of thick smoky sludge. When we left again, the streets were full of people. The news about the fall of Málaga was spreading'.
Together with a photographer, Hazen Sise, Bethune set out in his truck towards Málaga. Before he had gone very far, he began to encounter refugees.  'In place of what should have been the road, I could see twenty miles of human beings gathered as one. It was all thick with refugees, thousands and thousands, tight, falling against each other... It wasn't a defeat, it was a collapse'.
The Doctor emptied his truck of medical material and told his friend to drive as many people as he could - forty children and two women in the first load - to Almería 'and to stop for no one'. For four day and nights, Sise transported as many refugees as he could as Bethune tirelessly treated the wounded on the side of the road.
Almería itself, with no wheeled transport left to help, was being bombarded by Franco's forces. 'Finally the attack passed', Bethune says in his book, 'but the dying and the dead remained'.

One of his most well-known poems was published in the 1937 July issue of a Canadian magazine:
And the same pallid moon tonight,
Which rides so quietly, clear and high,
The mirror of our pale and troubled gaze
Raised to a cool Canadian sky.
Above the shattered Spanish troops
Last night rose low and wild and red,
Reflecting back from her illumined shield
The blood bespattered faces of the dead.
To that pale disc we raise our clenched fists,
And to those nameless dead our vows renew,
“Comrades, who fought for freedom and the future world,
Who died for us, we will remember you.”

On February 7, 2006, the city of Málaga opened the Walk of Canadians in his memory. This avenue pays tribute to the solidarity action of Dr. Norman Bethune and his colleagues who helped the population of Málaga during the Civil War. During the ceremony, a commemorative plaque was unveiled with the inscription: "Walk of Canadians - In memory of aid from the people of Canada at the hands of Norman Bethune, provided to the refugees of Málaga in February 1937". The ceremony also conducted a planting of an olive tree and a maple tree representative of Spain and Canada, symbols of friendship between the two peoples. (Wiki)
An hour-long film of his life is here .

Story by Amber Napier
Posted by Lenox at 9:18 AM No comments: