If Catalonia Were To Go...

Spain's numbers would change with the departure of Catalonia.
'It would mean the loss of 25-30% of Spain’s gross domestic product (GDP), says Spain’s Minister of the Economy, Luis de Guindos. And that’s something the government “will never let happen.”...'. Quote taken from Wolf Street here. 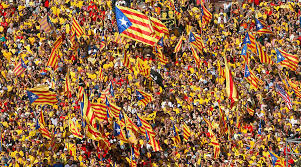 Tourist figures would have to be reconsidered. 17 million of the 72 million international tourists that visited Spain last year went to Catalonia for their holidays.
The size of Spain itself would shrink from 506,000 square kilometres to 474,000 km2. The population would shrink from 46,400,000 to around 38,900,000, and with the departure of Catalonia and its average GDP per person of $33,580 per year, the Spanish production, currently at $26,650 would fall as well.
The Catalonian independence groups, currently running the government there, want a referendum on secession from Spain to be held in September, or, they say, they might just declare a unilateral state of independence beforehand (maybe in August, when Madrid in on holiday).
From the figures above, it's not likely that Madrid will allow any of this to happen. 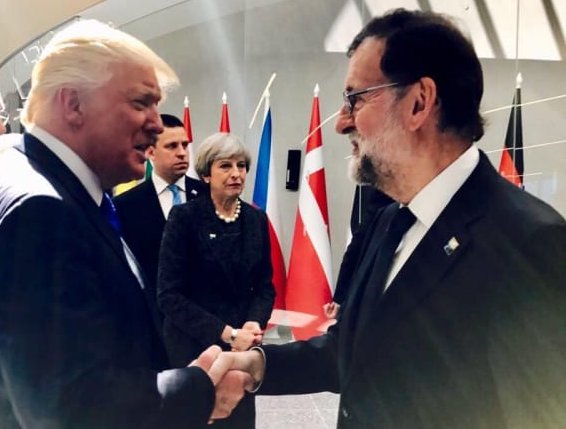 Beach Bars Go, But Puppies Have Another Place to Walk.

Mojácar is known for its narrow winding streets, its tumble of white houses on the last hill of a mountain chain and its views of the coast and the surrounds. Down on the coast itself, Mojácar is known for its beach bars.
The Town Hall has shown itself keen to reinvent Mojácar as a 'family' tourist destination, buckets and spades, ice creams and a large lunch in a - preferably - locally-owned venue. One councillor is keen on attracting Belgian cyclists, who like to clog up our roads in the low season, but the main thrust by our leaders is to encourage a brief visit from people whom don't wear Spandex, and keep their wallets ready for the souvenir shops (every family has one) and the aforementioned paellas.
So, in light of this, who needs beach bars?
Today's plenary session turned on this very point.  The new beach promenade, a wide affair with a wall, a walkway, benches and planters and a cycle path, is planned to reach as far as Garrucha, or perhaps even Barcelona one day in the far-flung future.
For the present, the three million euro plan is to extend some 650 metres from the Red Cross building along the increasingly narrow beach until the roundabout next to the Maui. The elevated structure would not only keep the sea serpents out, but also the surviving beach bar customers without a sea-view. Since the plan calls for expropriation of part of the beach bars, around 1,400 metres between the six of them (plus the half of the car-park owned by the Aku), there will not be much of the chiringuitos left, indeed, they will be lucky to hold on at all.
In the plenary session, both Jessica from Somos Mojácar and Manolo from the PSOE were against the plan, with Manolo being thrown out finally by Rosmari 'for cheek'. In the end, the motion to build the Paseo Maritimo through that particular chunk of the beach was carried with the rubber-stamp support PP and Lucas from the Mixed Group.
(We wondered - had any of the PP every actually been to a beach bar? Probably not)
The public gallery was full (for once) and all present applauded Jessica's and Manolo's remarks.
Our pictures show support of the beach bars from Jessica, Manolo and Rosa. The other shows the ordered departure of Rosmari and her group until Manolo had left the Chamber. 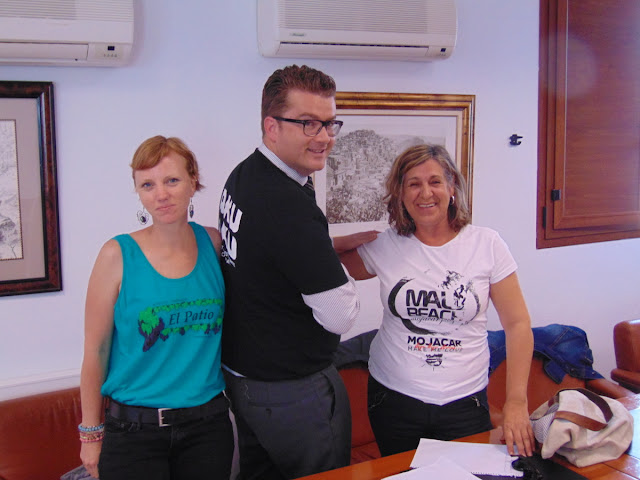 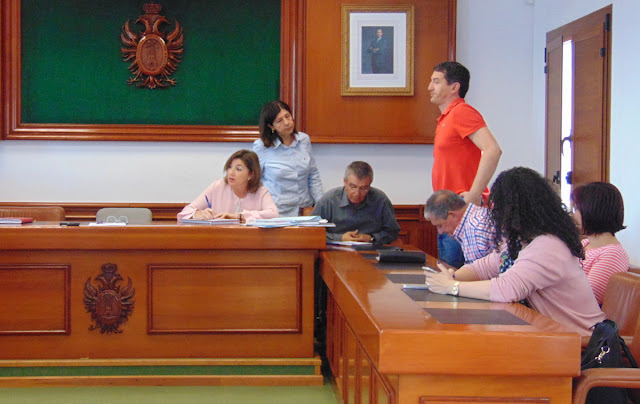