Earth is still going round the sun, and neither the dictators nor the bureaucrats, deeply as they disapprove of the process, are able to prevent it. 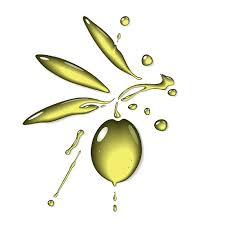 I had just arrived at the almazara, which was due to press my olives and turn them into golden sunshine, or olive oil as I prefer to call it. But first, the man wanted my NIE number. I’m a foreigner I said brightly (I look like one too, even wearing a face-mask). I offered him my Spanish driving licence with my handy NIF impressed on it for some reason in needlessly tiny print.

So I give him my framed green A4 letter from extranjería which normally lives over the bed. Except these days, it’s on the roof-rack. The same NIF of course, although the address is wrong (it’s from a dozen years ago), but he’s happy and so therefore I’m happy. Thus goes the administrative minuet.

Paperwork is a vital part of life. It is, as someone once said, the glue that keeps the wheels of industry from turning. It’s the key ingredient to amassing sometimes useless information, and it provides employment to many, who are known here as funcionarios. In English – functionaries, officials, civil servants, desk-jockeys… something to do with ink anyhow.

‘In the mid-eighteenth century, the term bureaucracy entered the world by way of French literature. The neologism was originally forged as a nonsense term to describe what its creator, political economist Vincent de Gournay, considered the ridiculous possibility of “rule by office,” or, more literally, “rule by a desk.” Gournay’s model followed the form of more serious governmental terms indicating “rule by the best” (aristocracy) and “rule by the people” (democracy)…’.

But, as we know, it caught on. In Spain, while no one likes the funcionarios (there’s a good video here you may have already seen), the truth is, everybody wants to be one. You get good pay, good benefits (including the eleven o’clock coffee break), fourteen monthly payments a year and, best of all, you can’t be fired. Become a funcionario, they say, y tienes la vida solucionada – as if life itself is a fearsome thing that needs to be tamed.

There are 2.6 million of them, and something must be done to keep them all relatively busy, hence (and forget the ventanilla única or the paperless office), there are endless and incomprehensible forms to be filled out. And if there aren’t enough, somebody will legislate to create some more. It’s the modern equivalent to the army kitchen that never stops cooking, cleaning, washing. And now do it again.

Indeed, the paperwork is slow, even when correctly filled in: Las cosas del palacio van despacio say the people, waiting patiently for their opening permit, or driving licence, or pension: Things move slowly at the palace.

A story this week tells of a person who had downloaded a form from the ministry website, printed it, filled it in and taken it to the offices of the Social Security. It was bounced by the functionary because it was in black and white and not in ministerial yellow and blue. The anecdote comes from a larger story: ‘of the 837,000 people who have applied for the minimum wage (IMV) between June and October, so far only 1.5% of them have been approved and paid’. Slow, complicated and you need to collect a few more forms, which, in turn, will also need their own formularios to be filled out – oh, and signed with a blue biro.  Another story, in El País, tells of a woman who has moved to the country to telework from an old farmhouse and wants to buy a couple of sheep to eat the weeds, because they are full of ticks. Hah, said the vet, lemme tell you, it’s not that easy…

One’s papers need to be right, ‘in order’, in case there’s an inspection; to avoid a sanction – a fine.

But life can’t always be reduced to the printed page and one can easily fall foul of being fuera de la normalidad – like when they want your dabs and you are missing a finger, or when you only have one surname…

All of which brings us to the gestorías – those agents that deal with ‘la administración’ and help get one’s paperwork done… for a price.

The Local (paywall) has an article which begins ‘In the midst of this pandemic, many people have been forced to think about changing careers. Perhaps one job which might suit foreigners living in Spain – and which must pay well from my experience - would be setting up a business guiding other foreigners through the madness of this country's bureaucracy.

Think about it for a moment. If you have ever negotiated your way through this hellish maze, then you will know how difficult it is…’.

Heh! is my answer to that. The Spanish are remarkably difficult in allowing foreigners to push their way into traditionally Spanish professions.

Now my friend at the olive press wasn’t a bureaucrat; just like the rest of us who must from time to time help the tax collector or the police or the statisticians, he just had to fill out some forms before he could press the button to start the process of making my jugs of oil.

Red Flag, Blue Flag, Where Will It End?

Mojacar is to choose - from a very peculiar selection of three - a new flag to flutter in the wind during the blowy days of the levante, or to hang limply when it's just too hot for Boreas to pucker his lips, or to be lowered (in the far-flung future) when the ruling PP is finally routed. 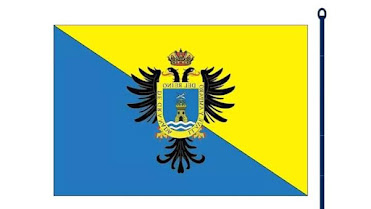 The three choices are hideous. Sorry, but they are. All three employ a combo of light blue and yellow (which will fade instantly in the sun), and all three have a Mojácar shield (un escudo) which, while fine enough as it is, with its two-headed vulture and the message 'Llave y Amparo del Reino de Granada' (The Key and Protection of the Kingdom of Granada - it's a long story which dates back to 1497), won't look quite the same when reversed, or, if you prefer, seen from the other side.

The three choices for the flag, we read, are not arbitrary. '...For this reason, a study has been prepared, carried out by experts in the field: specialists in heraldry, vexillology (it means, 'the study of flags') and genealogy who, after their work, have offered three options that are now put to a vote among the citizens'.

Those wishing to vote for one of the three choices have until November 28th to do so, by contacting the Councillor for Culture Raquel Belmonte says El Diario de Almería here. You can see the three alternatives on the link. They all use the diagonal blue and yellow (the choice of these colours is obscure), all have the heraldic shield, but there's one with an added Indalo in the corner.

Another plan for the town is an anthem. I'm not kidding. We shall have to take off our hats and stand when the music starts. While voting for this hasn't got under way yet, here's my suggestion:

The purtiest town I ever did know,

There's no place that's like it wherever you go,

With three thousand souvenir shops and money to blow'.

I think of you often when I am away

Your flag and your anthem are things that I say

Will never be bested in many a day.

The neighbours are jealous, I hear them sigh

They want a few hotels, your lift to the sky

Your sweet little beach-bars and this lullaby.

The secretive town that’s known to a few.

The car-loads of tourists, if only you knew

Are here for your treasures, your sunshine and you.

Confinement in Andalucía (For Brits Too)

The new rules for Andalucía seem simple enough - from this Tuesday 10th November (00h) until Monday 23rd November (24h), the anti-Covid rules from the Government in Seville are as follows: 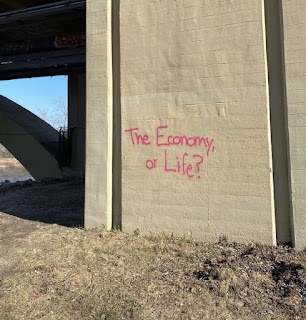 1. Andalucía is cordoned off.

2.Your municipality is cordoned off.

4. All non-essential businesses: bars, shops, restaurants, shoe-shiners and candlestick makers, are closed to the public from 18h (6.00pm).

5. Granada is closed down tight.

The first thing that the British attempt to do (if we are to believe what we see on Facebook) is to try and find a way around these rules. How about if I just go to the border of my municipality and then slip across wearing a black hood? The supermarket in the town down the road has a kind of cheese I like, will I be able to get it still? What about if I'm in the bar when it closes but haven't finished my bottle of wine (and so on)?

The next thing the Brits do is to say how stupid the rules are - why do they think you can't catch coronavirus in a bar before six in the evening, they ask.

The rules are there to fulfil two purposes. The first (and most important) is to try and lower the rate of infection because the hospitals can't cope. The second is, (yes, of course) to show that the politicians are listening to the epidemiologists and other experts and are trying to head off a crisis they don't fully understand. The best we can do is to wear our face-masks and try and get through this, because it's better to protect our health before our wallets.