A Hearing Device, Guaranteed to Miss Nothing in under Five Metres

Age-related problems: losing some of that fine conversation that buzzes around me in a public place. Perhaps it runs in the family. My Great Grand-mother was famously deaf. She used an ear-trumpet to listen in to interesting bits of conversation and would reputedly swivel it away from boors half-way through their patter. Much to their dismay, no doubt. I don't suppose she needed it to listen to the wireless, or indeed the Old Boy playing the piano. People around her learned to shout. As it should be. 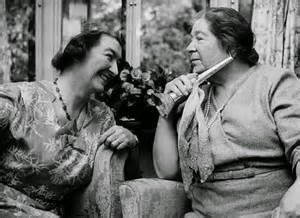 I wondered if I wasn't also heading in that direction. I had been thumped on the ear by Barbara's brother a few years back, which broke my eardrum. So, I went to the hospital for a hearing test. They put you in a booth and tell you to wave when you can hear some shrieks over the ear-phones. After a while, the techie came in. When do we start, I asked. Start? he shouted, we're finished: you're deaf.
So how about that? I either needed a girlfriend who had previously worked as an air hostess in a Zeppelin, or a hearing aid.
Hearing aids come in all sizes and conditions, and despite our excellent Spanish health system, they are not dished out free to deaf punters. The techie had a cousin who sells them in the oddly-named town of Huercal Overa - starting at 1000 euros and going up to better than 4000, and that's just for one ear. Madre Mía. Do they still make ear-trumpets?
I was complaining about this robbery over a beer, when someone said, loudly, why not try the Chinese shop? Well, I'll be boondaggled, they sell 'em for nine euros, with an extra battery thrown in.
So, now I can hear everything: the buzz of a mosquito, the early morning bellow of the new cockerel that someone kindly gave me last week and lives in a cage outside my bedroom window, and pretty much all that lies between.
Indeed, I'm getting rather fed up with my hearing aid, and am thinking of taking it back to the shop. I'll buy some glasses there instead and take up using sign language.
Posted by Lenox at 12:16 PM No comments: 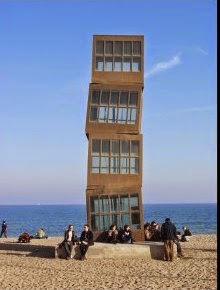 An article written by me in Spanish, which appeared in El Indalico here, touched on the two subjects of how the foreign population has been sidetracked from gaining any employment in our town's public sector (town hall, police and so on) despite our majority in this evidently multi-ethnic municipality (many of us foreigners having lived here for a long time and even schooled here) and secondly the lack of concern from our local authority regarding the sudden announcement that the population of Mojácar had been re-adjusted downwards by almost 20%, with the Town Hall  sublimely visiting FITUR in Madrid to drum up trade for the all-inclusive hotels during the short summer season.
This was received by the Tourist Department with a certain amount of hostility and an answer was soon forthcoming as a 'Press Release', oddly just in English (I think they don't have any friendly Spanish local media). The piece appeared on the Facebook page of Spectrum Radio, our only local radio (although there is apparently a licence for a Spanish municipal radio sitting patiently in the Mayoress' desk). Obviously, most of those who saw it - or who regularly visit the Spectrum Fb page for that matter - are perhaps unused to reading material in Spanish, so may have missed my original piece.
The answer, reproduced below under the flag of the local Partido Popular, quickly politicised the affair.


PARTIDO POPULAR (PP) MOJACAR PRESS RELEASE 09-02-15
We cannot turn a blind eye to the statements made in the Indalico newspaper on 31st January 2014 by Lenox Napier, the number two of the political party "Ciudadanos Europeos” (European Citizens) Mojácar.
Amongst other things he expressed a preference for encouraging more foreign residents instead of extra tourists the justification for such preference being the economic benefit of the former being greater than that of the latter. This assumption, by Mr. Napier, is like comparing apples with oranges, as a resident, be they foreign or not, is not a tourist. A tourist, as you say, will travel to Mojacar or Corfu for five, six or seven days holiday according to his or her budget. According to the service, facilities, leisure alternatives and the local environment… they may decide to return the next year, or not! The needs of a tourist can be met by the existing services for residents as well as others specifically aimed at them, but they need not necessarily coincide.
But you, Mr. Napier are not interested in tourism, as you said, so your opinion on whether Mojácar should attend Fitur or not, is irrelevant. What you want Mr. Napier is to rise up as the voice of those foreign residents in Mojácar that say our town is "poorly served", what a nonsense! Saying that there is no foreign representation in the local police, or the public or private health services is, in short, showing contempt for our current services.
Your attack Mr. Napier, would be credible, if it did not come from the number two of a local political party, elected by those foreign residents whose interests it claims to defend. Instead, the councilor in the town hall of the same political party, yes Mr. Napier your councilor of the “Ciudadanos Europeos” who has been absent from local politics for over two years. Not attending council meetings he has not represented the interests of those residents who have bestowed their trust in him. Whilst on the contrary, has found enough time to cash the cheques that the State, according to the law, has to pay to your political party. Mr. Napier’s attack therefore reeks of the self-serving cynicism and hypocrisy of someone who shows disregard those he is supposed to defend and thereby he discredits himself.
Finally Mr. Napier, we ask you kindly and respectfully, not to confuse, misinform or deceive people any longer.

And here's the response from a commentator over at El Indálico:

The Councillor for Tourism of the city of the Mojácar has made some statements on the article by Lenox Napier "The fall of 20% of the population of Mojácar" which appeared in El Indálico recently, statements which appear in a Press Release from the Town Hall, for some reason in English, which we won't feature here thanks to its impossible understanding and low literary quality. Besides which, it has only been published in English, no doubt so that Spaniards would not realize the profound ignorance of this man in the field of tourism.
More than twenty years ago, when Juan García was the mayor, representatives of the City Council maintained some working sessions with leaders of the World Tourism Organization to learn about the subject in an attempt to try and improve the situation of Mojácar in that field, which has always been our main source of wealth.
Even then, the conclusions were very explicit: Mojácar's two kinds of tourism must coexist: that's to say, holiday and residential tourism.
It was agreed that holiday tourism was very difficult to improve or to channel through the Town Hall. First of all because converting Mojácar into a world tourist centre was an almost impossible task thanks to the investment that would be necessary. We could never become another Disney World nor could we grow to challenge any of the cities or areas that were already consolidated in Spain such as the Costa Brava, Mallorca, Canary Islands, Benidorm, Marbella and so on. The recommendation from the WTO was that the Town Hall should facilitate as much as possible the performances of the hotel companies established in the municipality and leave the hotels to be responsible, for their own evident interest, to promote tourism. And of course the best thing the Town Hall could do to contribute in this respect would be by having clean beaches, well repaired and well-lit streets and all of our available services in tip top condition.
But the most important conclusion of those meetings was that the municipal effort should be devoted to promote residential tourism. Here, it was clearly possible to exponentially increase the number of people living locally and to enjoy the economic, cultural and social benefits which would follow.
Coexistence was seen as a key factor, and the sharing of both the benefits and the burdens with foreign residents if that could lead to a significant increase of the population and the level of income of the community.
To make this work, the local authorities would have to take a series of measures which should have been done long ago and now, in these pre-election times, are being described as to appear absurd and deceptive.
Yes, Mr Councillor, there must be a percentage of police officers, civil servants and all kinds of employees taken from the British inhabitants here, because this involves accepting the reality of our Community. But you, Mr Councillor, you do not understand anything, indeed, you are the one who confuses oranges with apples. Such a demand, does not, of course, show 'contempt for the existing public sector staff'. It is merely giving acceptance to the actual multiculturalism of the people who live here.
Since more than fifty per cent of the population of Mojácar is British, all the forms, notifications, announcements and so on must be in both Spanish and English, and correctly written, it goes without saying. There must be foreign staff at municipal offices to cater to the English-speaking public as well as police officers, teachers, doctors, councillors from the two nationalities, as well as multicultural festivals and celebrations, as they do in Huercal-Overa, Lubrin, Albox (to say nothing of the Costa Blanca and the Costa del Sol)...
Forget this silly nonsense of being one of the twenty-five most beautiful towns of Spain and work so that Mojácar will become a leading residential town which will provide both activity and income the twelve months of the year, not for just a few summer weeks as it is now!
And that loss of 20% of the population, as mentioned by Mr. Napier, should have caused concern and should also have motivated your team to research the causes and to propose solutions, instead of throwing a childish tantrum.
Mr Councillor, arrange some time to spend on study why don't you, perhaps an online course on tourism, or better still do nothing; but please do not write such nonsense, otherwise everyone will realize why Mojácar is in so deep a hole that it will be difficult to get out with a government such as yours and Citizens will understand why other resorts and communities are growing by leaps and bounds while Mojácar inexplicably continues to stare uselessly at its navel.