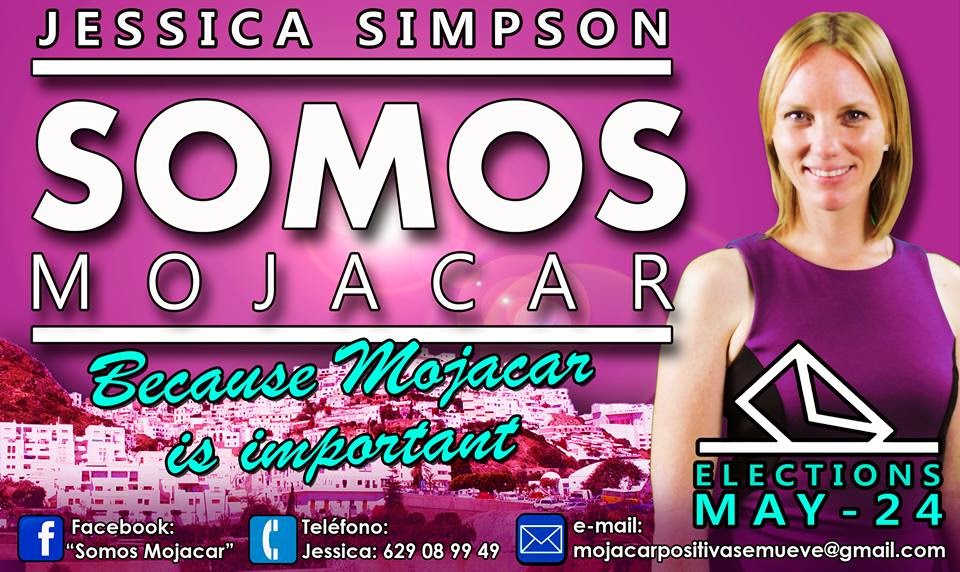 High in the Sierras: A Visit to Trevélez, Granada

We had taken the car out for the day, somewhere. Maybe to Tabernas, I said, or along the coast to find some more fiddler crabs. The car sped along heading, apparently, inland from Almería. 'Or we could go to Trevélez', I said, 'they do trout there'.
There's no map in the car, and the GPS doodab on the mobile phone is fiddly. But we headed, in a roundabout route, towards the Granada Alpujarras. Up past astonishing views, fields in flower, tiny white villages and distant blue hills: snow in the high peaks. The last twenty kilometres from Cádiar on a narrow road with a dramatic death-fall inches away from the wheels made it a vertiginous drive (above all, when taking photographs and steering at the same time).
Trevélez eventually arrived and we got out.
The village of just 800 inhabitants has a touristy look to it, and is known for its ham, its trout and its elevation (1,500m). Away from the main square, with its numerous restaurants, tourist shops, buses and a modest number of milling-around visitors, the upper village is white, steep and quiet. A small restaurant guarded by an elderly mare, called the Mesón Haraiçel caught my eye (partly, wondering how one pronounces a - presumably mozarabe - name like that). We sat outside on a tiny terrace and ordered quite the best meal I've had in ages, with a pot of heavy local wine and a bottle of gaseosa (the drive down, you know).
I had revueltos, trucha and home-made helado de higo, everything except that fig ice cream served with extra jamón serrano. Cor.
I told the waitress that, if we had of come from Michelin, we would we handing out estrellas like confetti. She seemed suitably pleased and went off to tell the cook. 'He says thank you', she reported back to us, 'but could you put something nice in TripAdvisor?'. 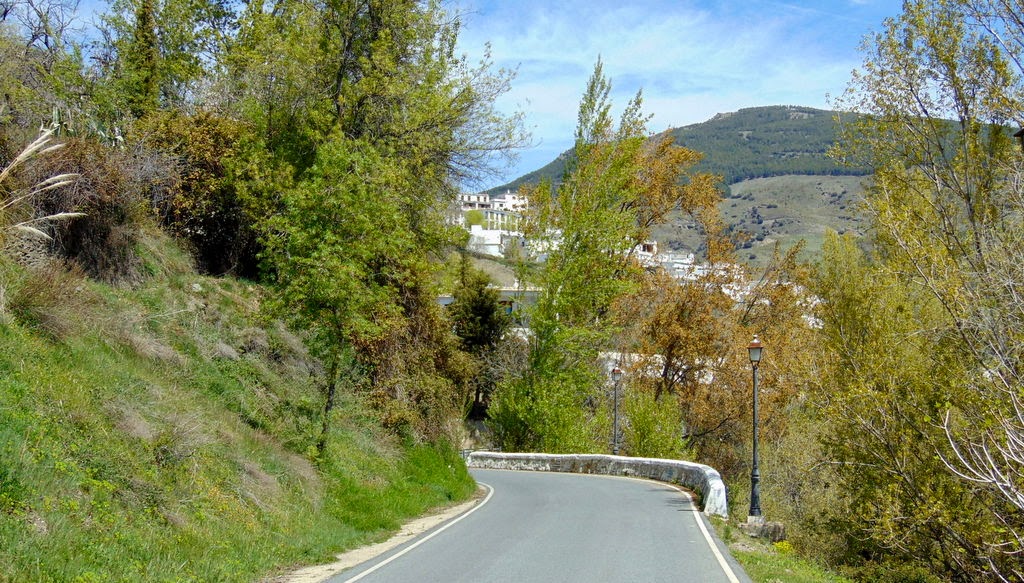 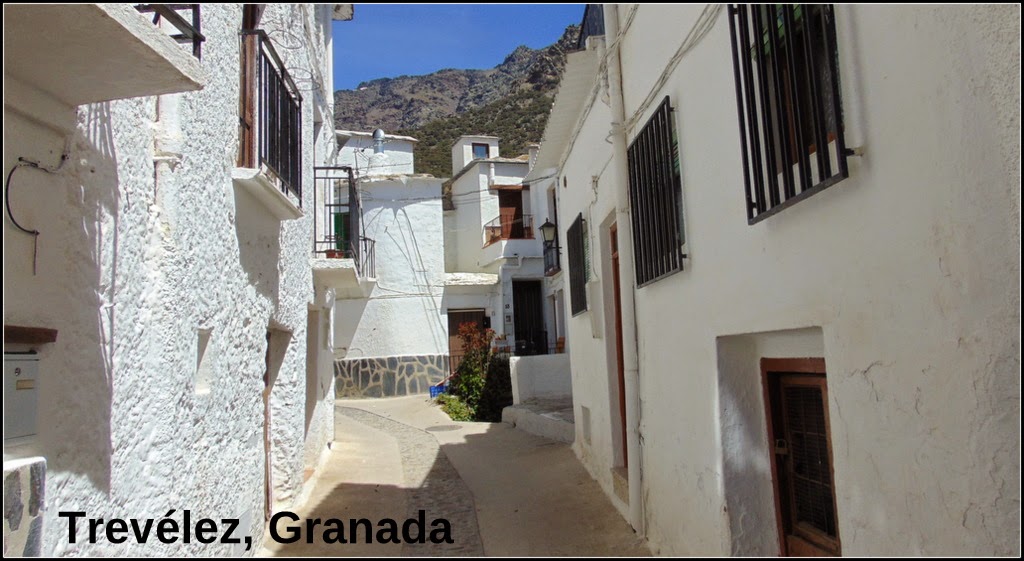 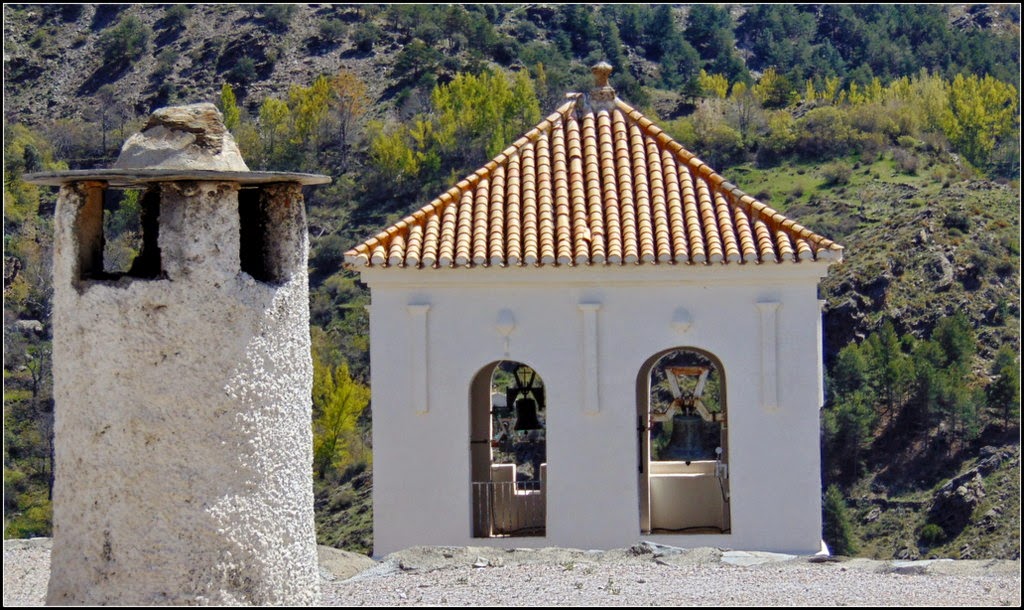 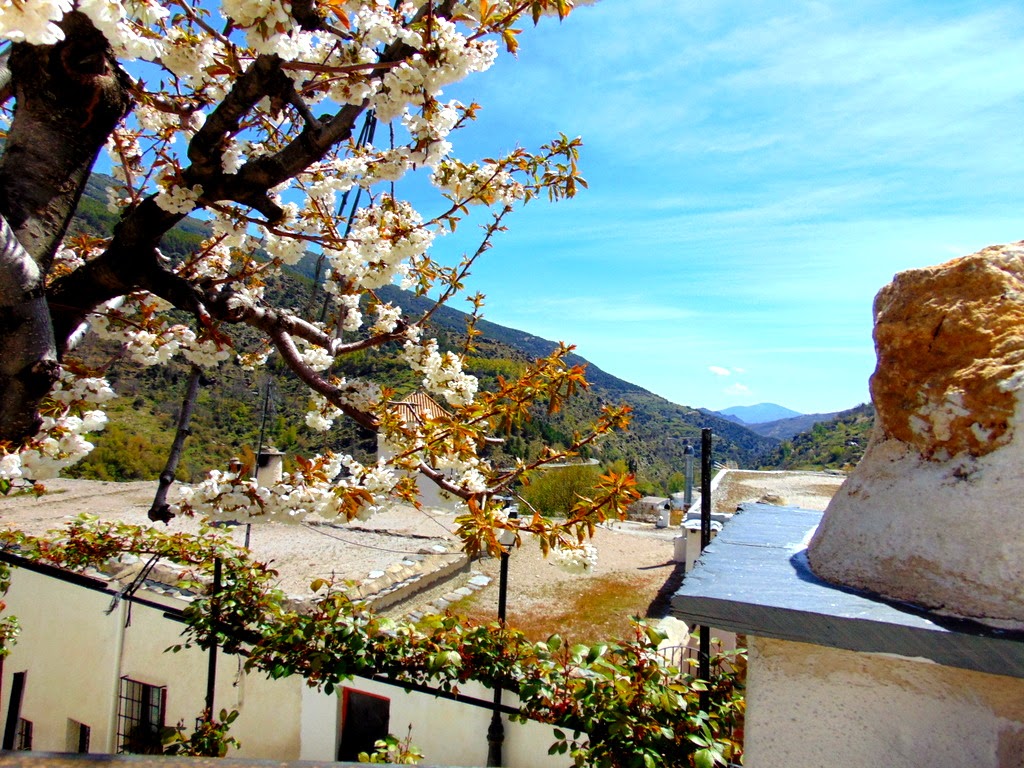 The journey home was even more delightful, especially since the GPS navigator or whatever it is let us down slightly, and we eventually rejoined the coast down in Motril.
Posted by Lenox at 5:49 PM No comments:

I had made a comment elsewhere about the number of English-language schools in Almería, including one with the odd name of 'The Mancunian Academy', which presumably teaches its students to speak the Queen's English with a flat Manchester twang. A friend from that city laughed when I told him and said ... the poor things will all be speaking Espancunian. Indeed!
A student I know in the Almería educational system is sixteen and he and his 120 classmates are using a book called 'The Skin I'm In' by a black American author called Sharon Flake. It's written in the vernacular: '...Then I had to fess up and tell her I forgot to do it. She asked Mr Pajolli if it's OK for me to use my office time to do my math homework. He said, yeah, but that I'd have to make up the time later. Teachers don't do nothing but cause you grief, I swear that's all they do.'
There used to be a Scotsman living in Roquetas and who taught English. Can you imagine the sounds his more attentive students made?
McDonalds, the burger people, have a catchphrase: 'I'm lovin' it'. Bad English my friends!
So here's the deal: Learn English from someone who speaks or writes it clearly, because the point is to be able to communicate to those English-speakers you will be meeting later on. Not all of them will speak it very well, so why not make it easy for them. Yeah?
Posted by Lenox at 11:33 AM No comments:

Some pictures from the Lorca festival on Friday's Viernes Santo. The show - a mixture of the religious and the pagan - has penitentes, musical bands, Roman legions, chariot races, religious floats, Egyptians, trick-riding from horsemen and women, devils, emperors and a star turn by the Four Horsemen of the Apocalypse. The procession took about three hours and they are, apparently, already preparing for next year, where the main point is to outdo the other guilds (there are four: the Reds, the Purples, the Blues and the Whites. The last two, the biggest, must field around four hundred people each...). 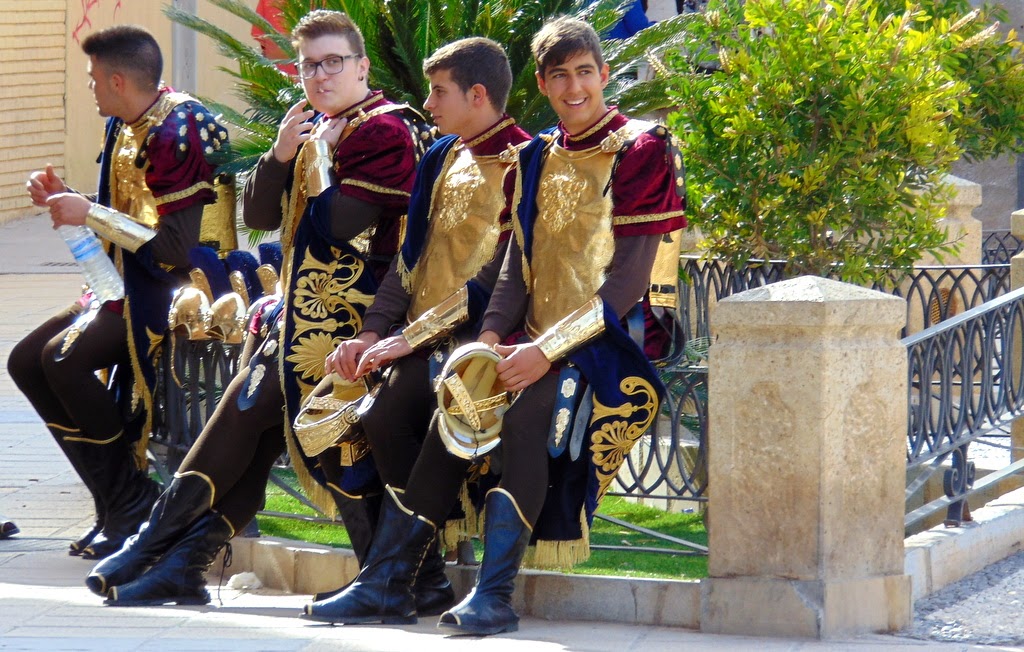 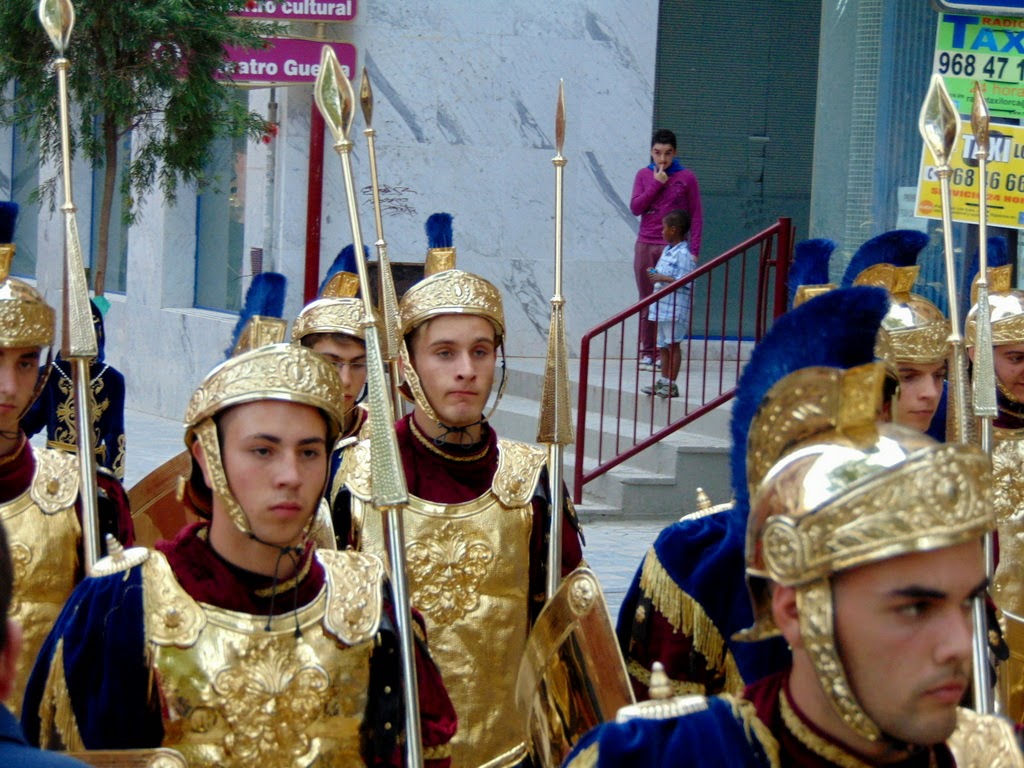 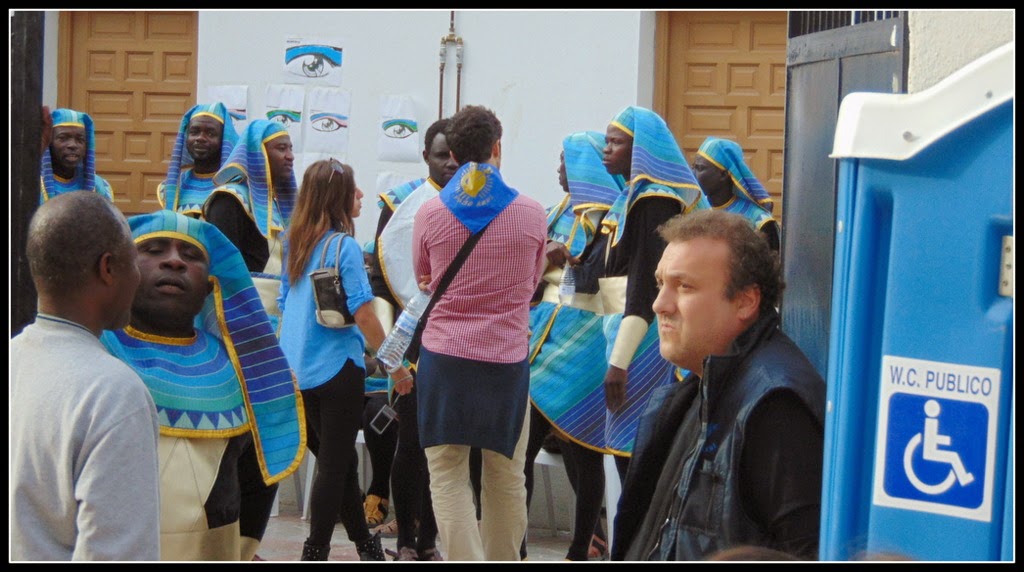 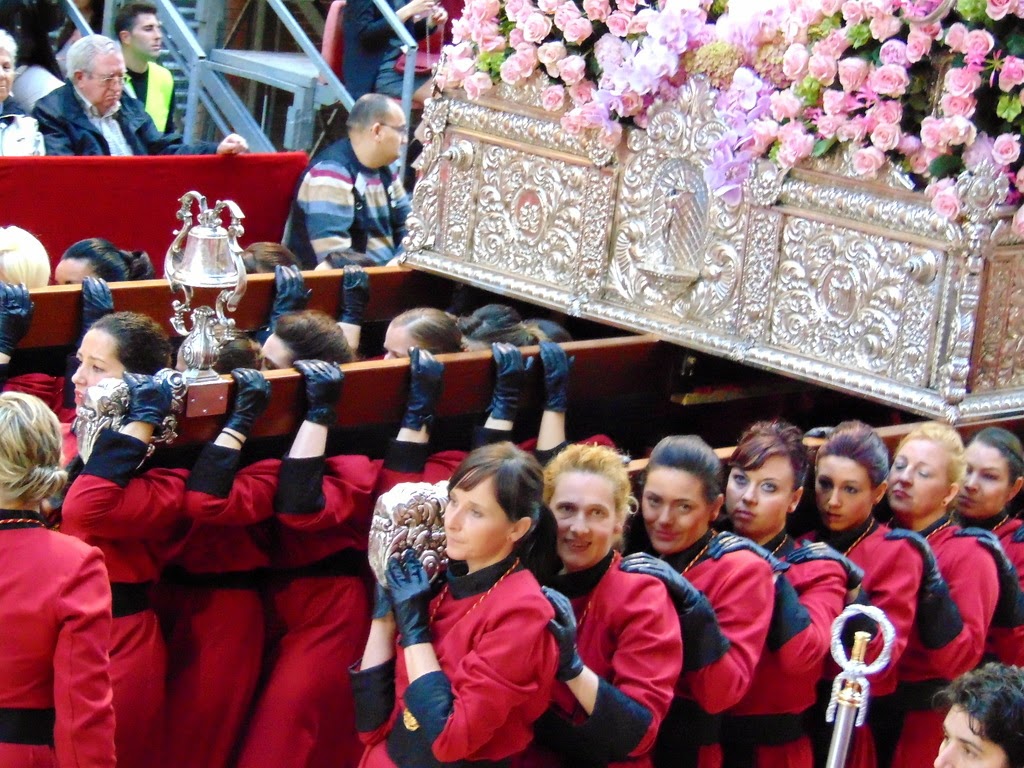 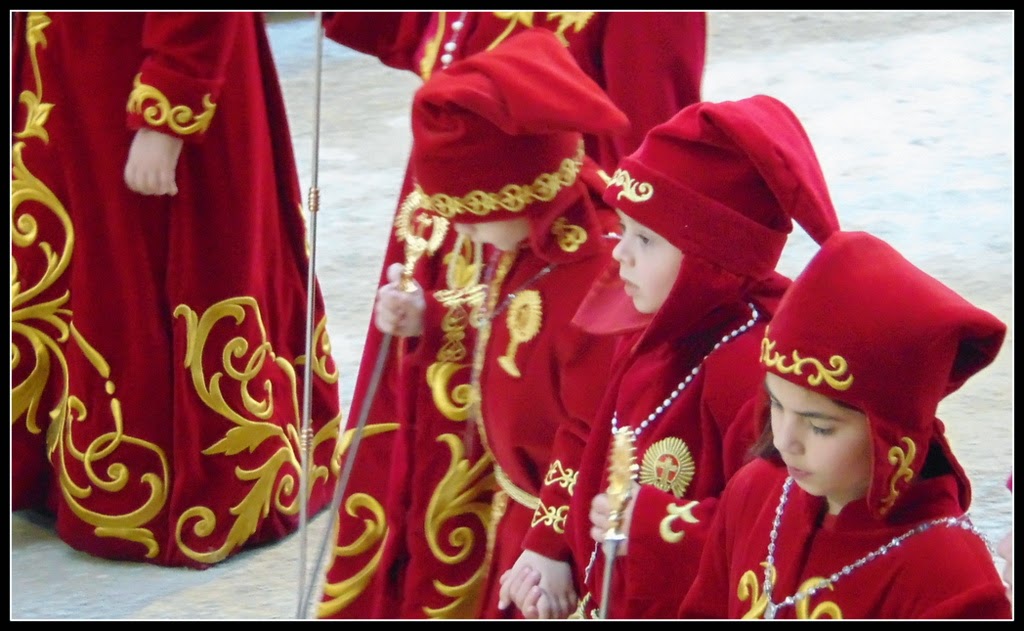 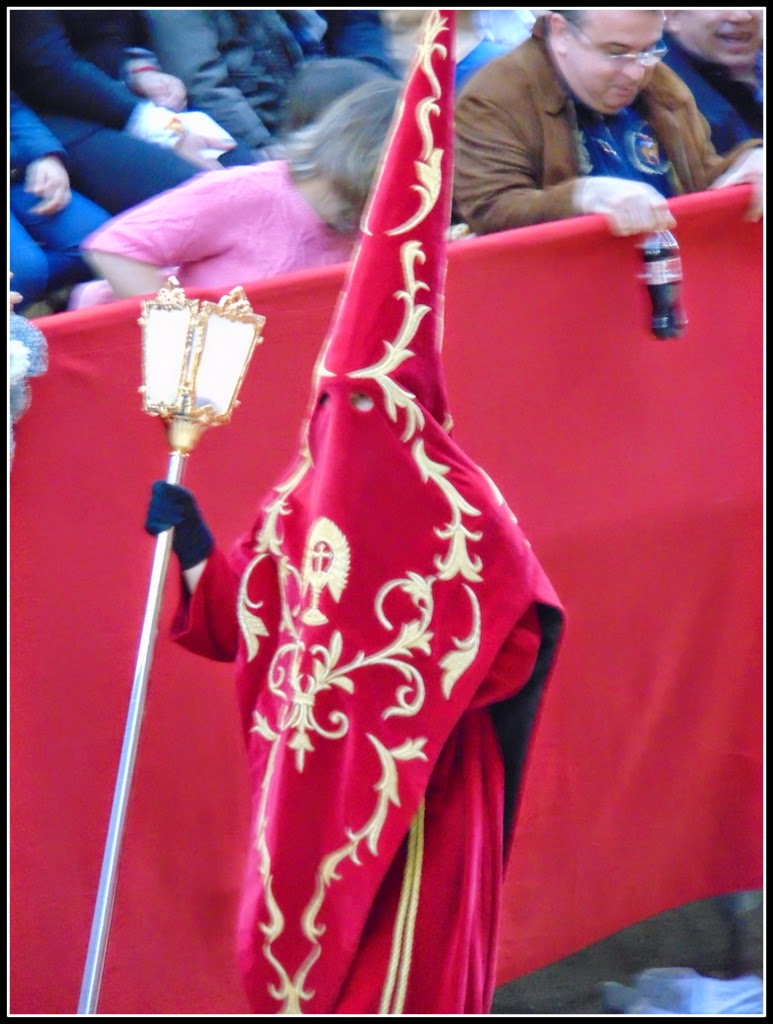 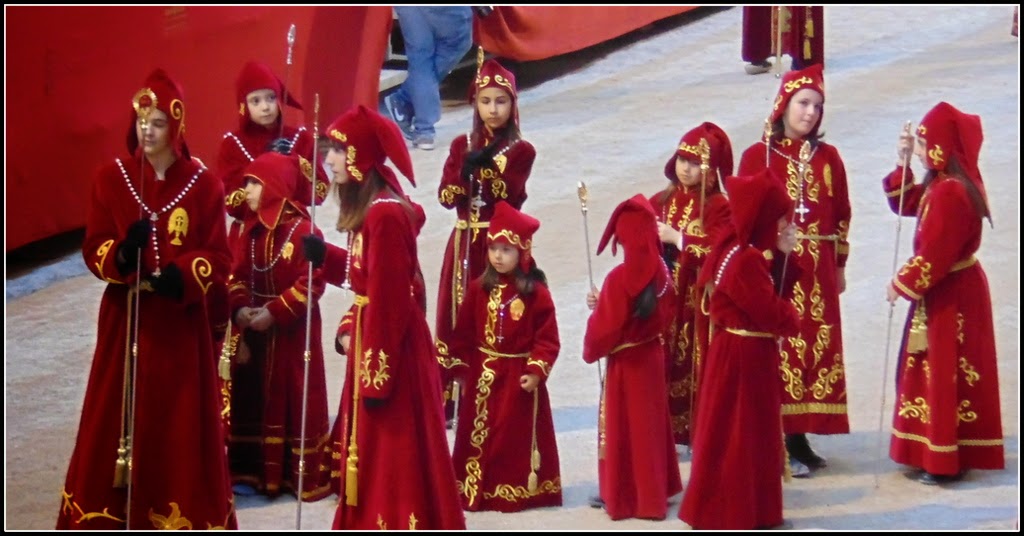 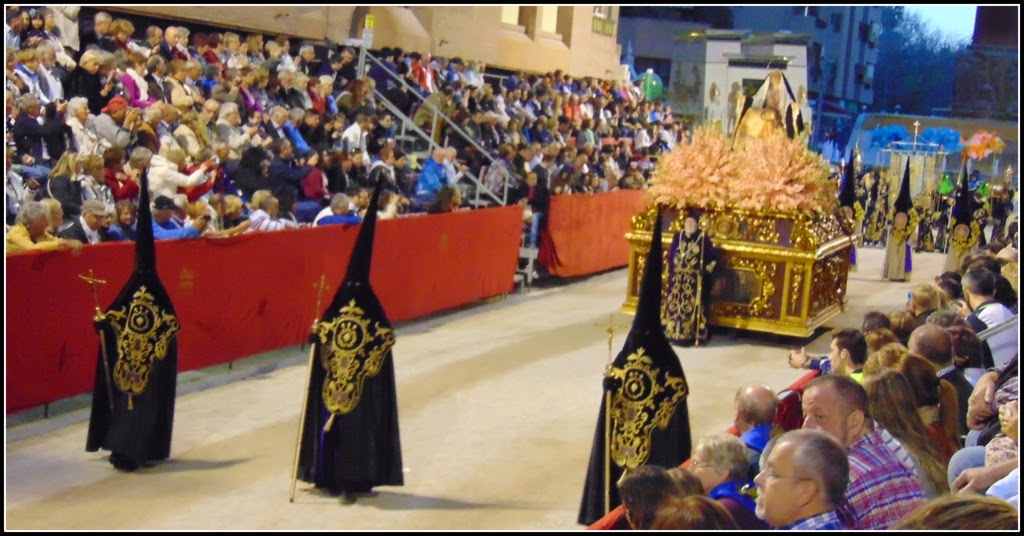 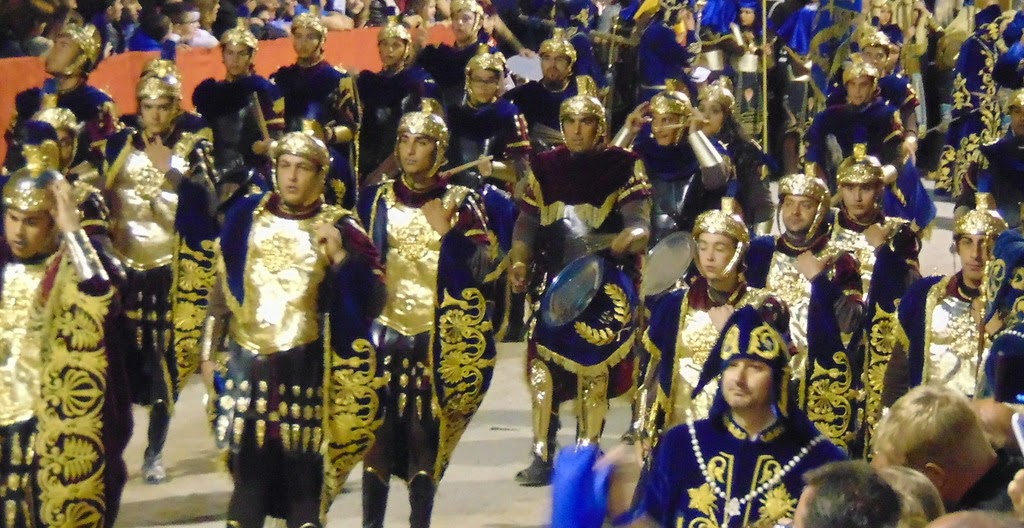 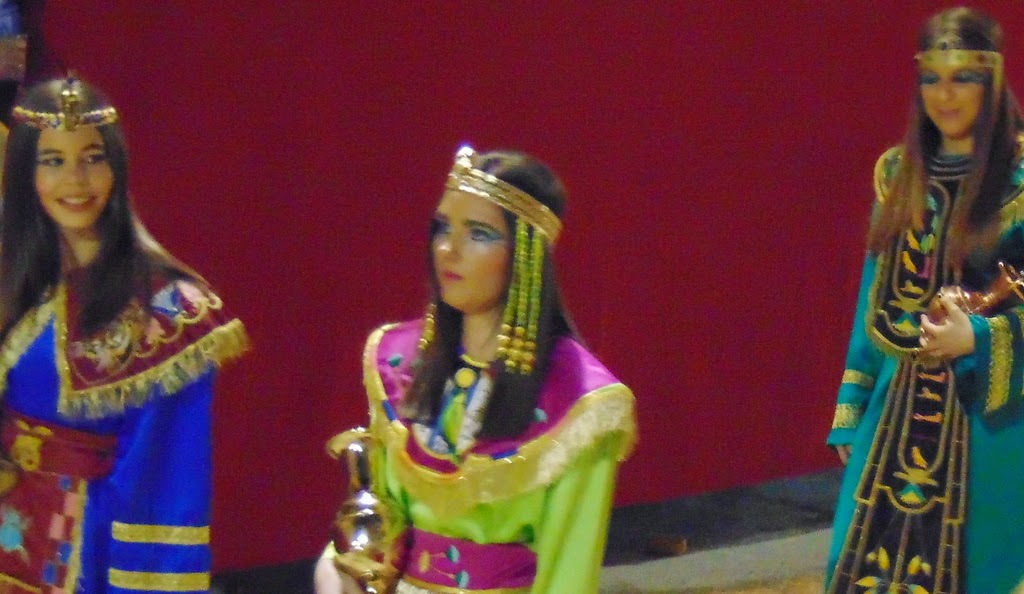 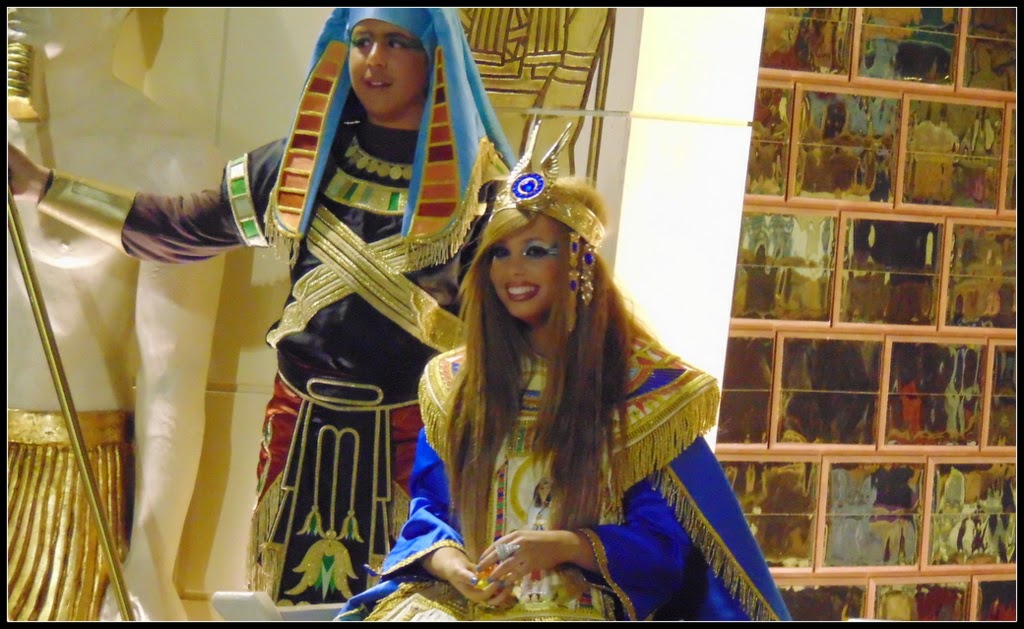 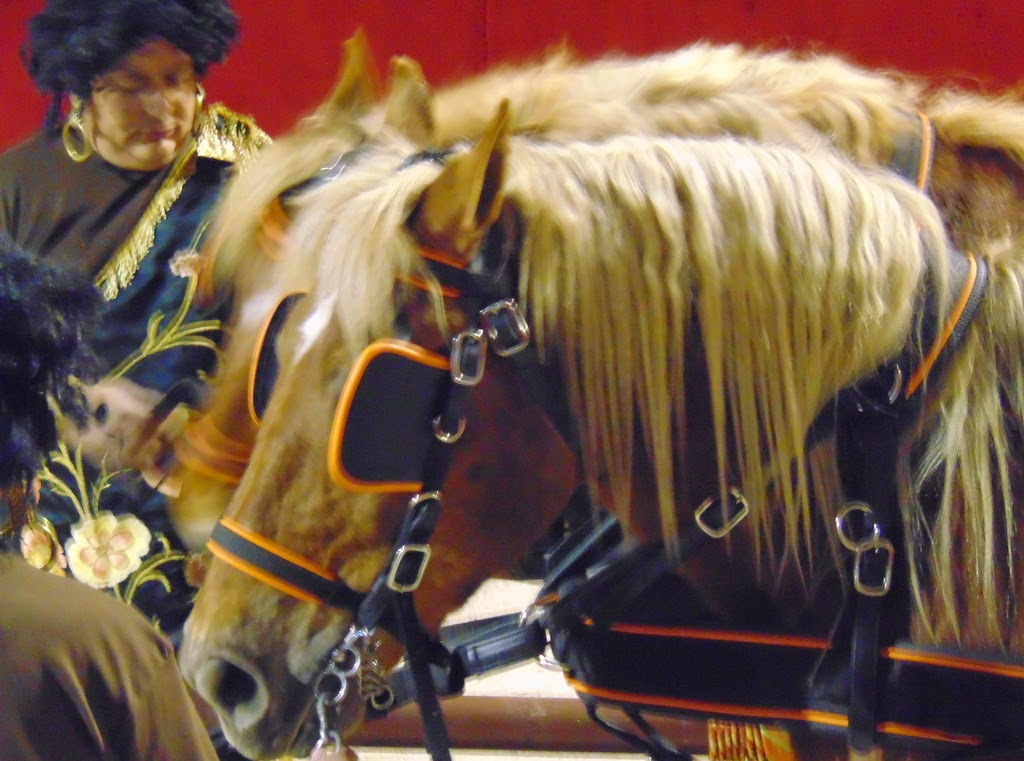 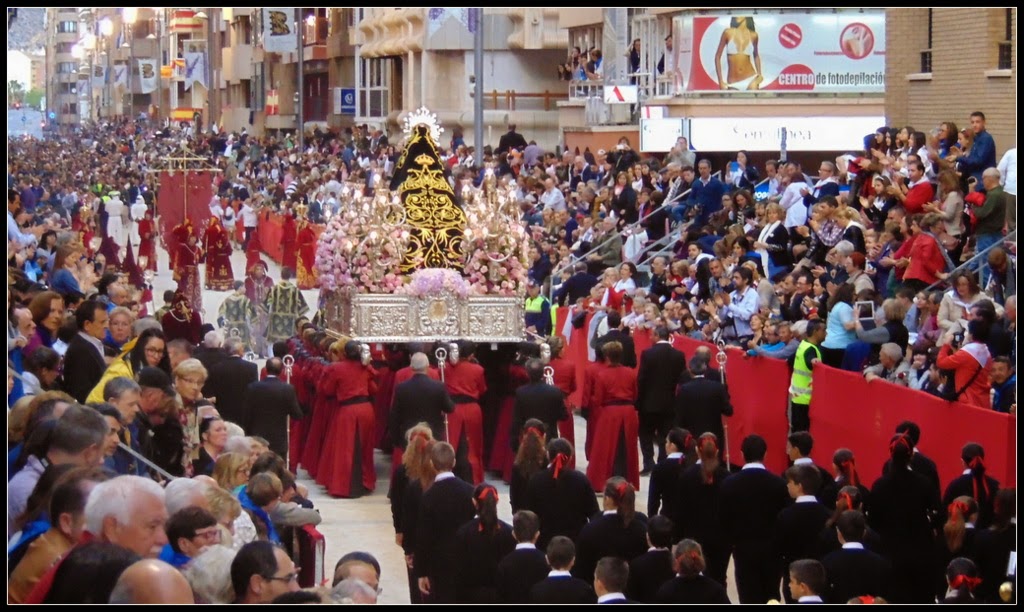 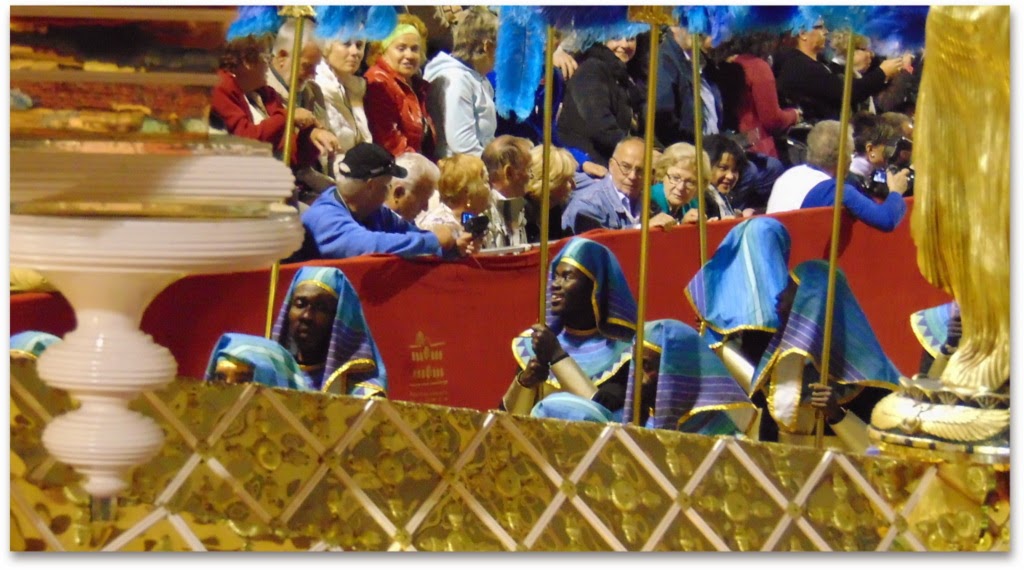 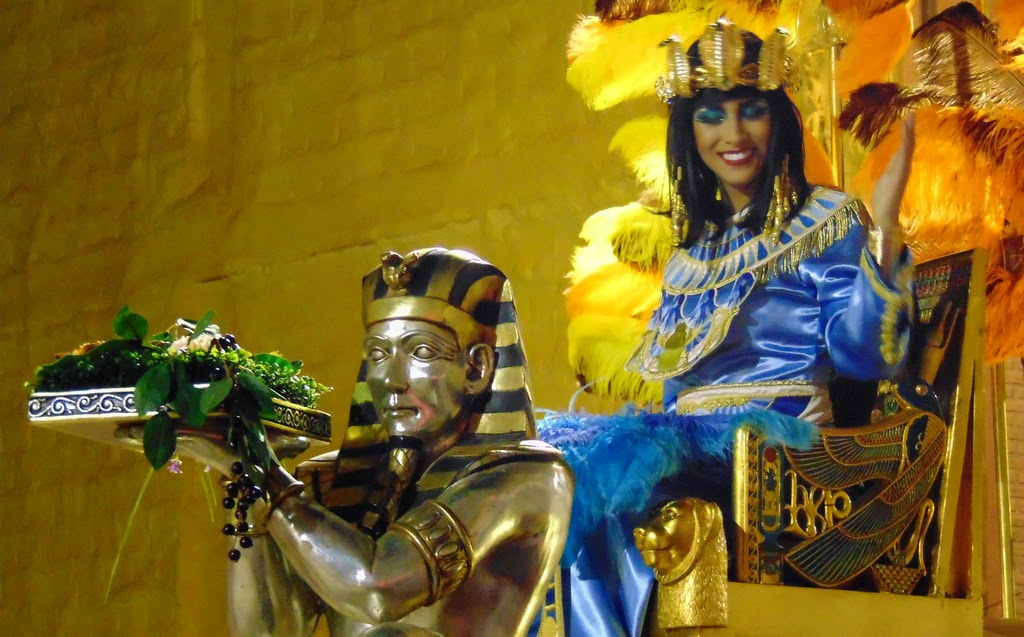 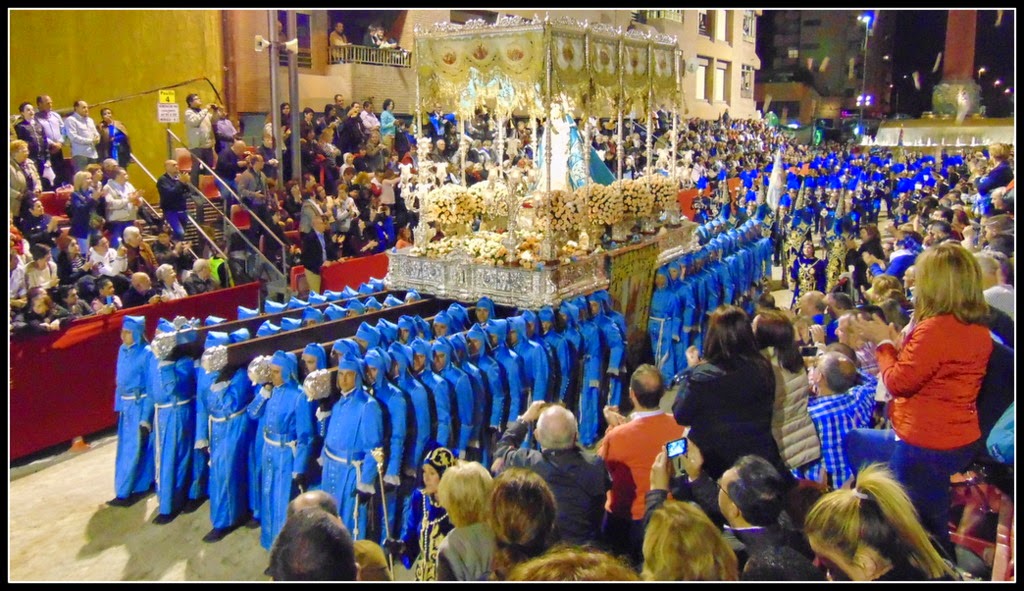 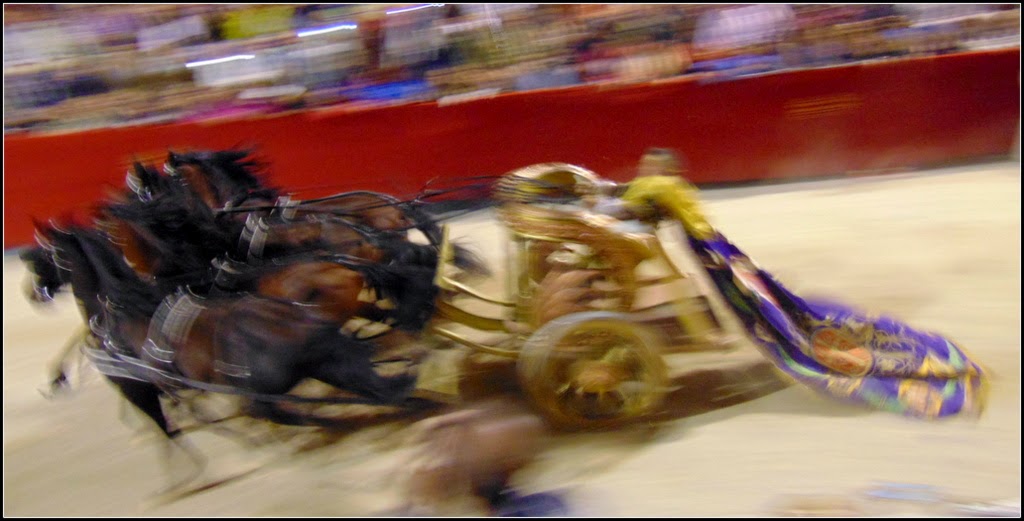