Our Place in the Stats

It's my pleasure here to write what I want, when I want. No advertiser tells me what to put and I don't produce a mishmash of rubbish culled from the Daily Express, the Sun and the local Spanish daily, shuffled into a bland and clueless mess.

Unlike other blogs, this one is written by me. It's free, independent and sometimes moderately amusing. There is no limit to space or time on this blog, but there are also no puzzles. Nor crosswords. Nor pro-Brexiteer far-right comment on the UK for that matter. Here, I stick to the subject suggested in the title: Spain.

I also rarely use the word 'woke' (not sure what it means, really).

The result? Huge numbers of visitors! 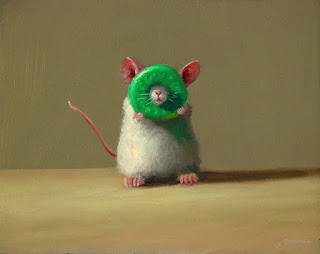 *Excluding readers from Pakistan and Cornwall

There's a mental gauge commonly employed by the British, who are used to their own starchy cooking, on Spanish food - as to how edible might it be. It starts at the bottom with chicken and chips and ends in the stratosphere with something like calf's brains or entrails of some description. Squid in its own ink, maybe. Most of us work our way up to around the three quarters mark, with some surprising and agreeable results.

Only a courageous few of us will ever try the bull's testicles.

Towards the middle of my own standard of the Spanish cuisine, comes the leg of a young goat cooked in a rich sauce, or the blood sausage known as morcilla. I'm told there's not much blood in the morcilla - just enough to give it some taste.

I was drinking one evening with some low Spanish friends who persuaded me to try the morcilla, and I found it - to my surprise - to be very good. I can now even eat it sober. Encouraged, they then offered me a piece from an innocent-sounding tortilla de sacromonte (which I knew to be a beef brains omelette). Eww.

The things one does when one's drunk.

There are one or two things towards the high-end on my gauge which I don't like at all - those little baby eels (angulas) that one is meant to eat with a wooden spoon. Chicken livers (although, turned into paté and relaxed a bit, I suppose that they aren't so bad). Partridge en escabeche, a kind of vinegary sauce popular with hunters and (less so) with their patient families, peppered as they are with bits of lead pellet from the shotgun blast distributed unevenly among the slivers of breast.

My dad used to want to clear the house every now and again. He would put an operatic record on in the sitting room and then fry up some kidneys. Between the ghastly noise and the foul smell, we would quickly agree to leave him in peace for a time.

Back to the blood sausage - my wife Alicia tells me that at the matanza, the pig-killing, they boil up an entire sack of onions, mix it with a slew of spices and some minced pig, and them wash it sparingly with blood. Too much blood, apparently, makes it go hard. 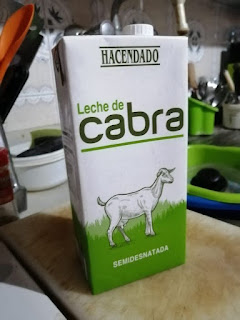 Having explained the wonders of the traditionally abrupt demise of the family pig, she moved to the subject of goats. We should get a baby one and then feed it up to be milked every day (by whom?). We would go and talk with the shepherd who lives just down the road together with his large and scruffy flock. The plan was that I should drink goats' milk. Perhaps build me up, I don't know.

While the goat itself - at least a young one - is more or less edible, and its cheese is first-rate, I've never been able to bring myself to quaff a glass of goats' milk. I somehow imagine it's full of bits of stringy hair.

There's currently a brick of it in the fridge, unopened, and waiting for my attention. Me, I'm waiting for the expiry date to come around, so I can say - well, I had to throw it away, it would have been off.

Tapas with the Police

Working hard at the stables - there are always extra jobs need doing beyond the thrice-daily watering and feeding - we were pleased to be invited by a client's parents to the opening of their new bar in downtown Almería.

One thing and another - a sick horse and a lorry-load of hay -  and we were a day late. 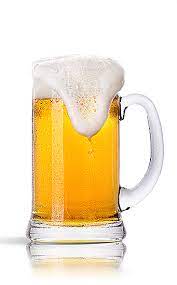 This afternoon, we dropped by the bar which has the intriguing name of K9, suggesting both dogs and the Boys in Blue - not a bad idea since it's located in front of the city's police station. We found they had a table waiting for us. The other table, in reality five tables pulled together, was for a large party due to arrive imminently.

The bar soon filled with policemen, in special Policía Nacional tee-shirts. Cadets, maybe. We weren't sure whether to feel very safe with the twenty or so cops sitting down beside us, or perhaps a little nervous instead. A looky looky man was the next person through the door. His expression as he took in the company was almost worth the visit.

We were served tapas and drinks. Almería is famous for its tapas, and any three of them are enough for a full meal. Turkey meat balls, patatas bravas and a yummy shrimpy thing. The owner then sent over a tray of home-made sweet puddings and I almost went into a sugar narcolepsy (never a good thing in front of The Law). I asked about the K9 deal and he told me that he used to be a member of the police canine squad.

A nice change from home, and no washing up to do...