The news in the Telegraph, followed by the rest of the British Media with that certain relish that the British 4th estate has for anything that proves us ex-pats to be delinquents, shirkers and lazybones, is that 90,000 Britons, living peacefully in Spain, suddenly all decided one day to up sticks and return to the glories of Olde England.
Perhaps someone has a spare room for them all.
The Spanish press followed the news, a bit more cautiously; after all, it wasn't like our venal and useless politicians had caused the abrupt exodus, they said, and maybe we could sell all those extra houses to the Russians and the Chinese anyhow, throwing in free visas for the wealthiest of them, although knocking down their pleasure palaces in a sunny future imagined by our idiot ecologists may be worth considering, this time around, a bit more carefully.
What, 90,000 Brits just left like that – 20% of them, apparently (believing the anal number-crunchers at the INE, who get their information in this case from the padrón, the town hall registers of this Great Land)?
No wonder our Mojácar Town Hall has dropped its plans to get a native English speaker into the Casa Consistorial to help with the Google Translations. There's no point now in adding to the 150 locals working there, since the percentage of the British element in our thriving village kleptocracy has precipitously fallen to not much over 60%. 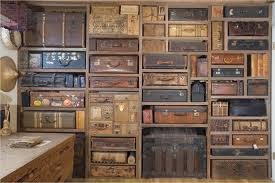 In reality (and don't, for Christ' sake, tell the Telegraph), the thing about the padrón, is that most Brits don't bother to register on it in the first place. So, no one knows how many of them are living in Spain. The INE, in a burst of idiocy, says 297,229 – oops 228 – while the British consul vaguely waves its hands and suggests 800,000. No one can even say, in a European country without border controls, how many of one European race or another there are physically present, short of those who are registered for working, home-owning, studying or merely appearing on some police file. Plus, of course, those who want to be registered because it is their civic duty to do so.
The Spanish move, occasionally, from one town to another during their lives. They register on the new town's padrón, and the secretary informs their old town, who strikes their name. All easy and straightforward. With the foreigners, it's a different matter. Returning to Chipping Norton, Oslo or Timbuktoo is rather more final and the authorities in those fine cities will most certainly not bother to inform their Spanish counterparts of the change in residence. The local ayuntamientos must find this out for themselves and draw the appropriate line of virtual ink through the departed subject's name. Bearing in mind that the Town Halls of Spain have little interest in their foreigners – apart from a strong desire to demolish their homes – its easy to see that the numbers can get a bit wonky.
Thus, in its wisdom, the Ministerio del Interior recently ordered the Town Halls to check their registers – every two years for the foreigners and every five years for the comunitarios, the Europeans who walk among us.
So, those 90,000 absent Brits, rather than leaving last Saturday after the Match, as has been suggested by the Telegraph, have in fact tended to fade away over the past five years – sometimes returning to the UK, sometimes going forward to another country or destination within Spain, or sometimes by quietly dying!
Another piece of news, which is appearing shyly in some quarters, has it that a full 13% of all Britons living in the Sceptered Isle, would move to Spain in a heartbeat if they could.
And finally, an observation for the statisticians. Rather than counting on the padrón as a guide to population numbers, use the electric companies who at least know how many foreign households there are. Then, simply add 300,000, being the number of homes occupied in their majority by 'those who left their brains on the plane' and live in 'viviendas ilegales' without water or electricity.
Sounds uncomfortable that. I wonder if any of them are considering leaving.
Posted by Lenox at 5:44 PM No comments:

The Plague on the Prickly Pear

The ecologists, when not encouraging the demolition of foreign-owned homes or over-sized hotels, are concerned with fighting aliens. Not in this case the extranjeros, but rather the animal and plant life that doesn't (didn't) belong. They would like to be, of course, like Rousseau's Natural Man; and it sounds like a splendid plan, if only there was anything much left to dance about in after the exotics were weeded out.
As for the local people, let them eat sand.
In the natural park that stretches across most of southwestern Almería, it seems that the pita and the agave have got to go. The pita is the Century Plant, a spiky looking number, which after a great deal of procrastination suddenly shoots out an enormous stem with yellow flowers on the top of it, and then the whole she-bang keels over dead. The stalk was used in bygone times to make roof-beams (I had a few in an old house in Bédar. They rot after a while). The agave, sisal, was used for making raffia, rope, cloth and paper at one point. If only they had thought of Tequila. The plants were brought back from Mexico by the conquistadors (the ones who didn't find gold and therefore had plenty of space in their bags), and planted in the Cabo de Gata, thus giving the area something interesting to look at and, at the same time, upsetting their ecologically-minded descendents working out of the Consejería de Medio Ambiente y Ordenación del Territorio (that's right, the same department that has such a lively interest in foreign-owned homes in the interior of the province).
The ecologistas of today are, and it's documented, the Holy Inquisition of the sixteenth century.
I once wrote a learnéd article for a Spanish magazine about the Nijar/Cabo de Gata natural park and suggested it needing salting with a few critters such as the odd wallaby to move things along. At least the tourists would have something to photograph. The suggestion went down like a lead brick.
However, while the ecologists are busy getting excited from their fifth floor apartments in downtown Almería about how best to impoverish both the countryside and those unfortunate enough to live in it, they appear to have dropped the ball when it comes to a long line of insect infections we have suffered (beyond and above the German Cockroach, which prefers the cities anyway). We had the horrid palm tree beetle (palm trees come from Egypt, and tourists like them, so the ecologists looked the other way and instead made a great fuss of trying to catch racoons which had been left 'in the wild' by a few owners). We have the Eucalyptus fly which can only, apparently, be killed by the Eucalyptus spider, and we aren't allowed to import any: spiders that is. The old story about the old lady who swallowed a fly must be more popular here than I had thought. Besides which, even our IU green-minded mayor of a few years ago, Carlos Cervantes, had no compunction in uprooting an entire Eucalyptus grove on Mojácar Beach - the damn things come from Oz. Do you remember Carlos, the noisy and opinionated chap with the big black beard? He was the one who was against a ring-road for Mojácar because it would crush a rare plant called the limonium, a kind of lily. 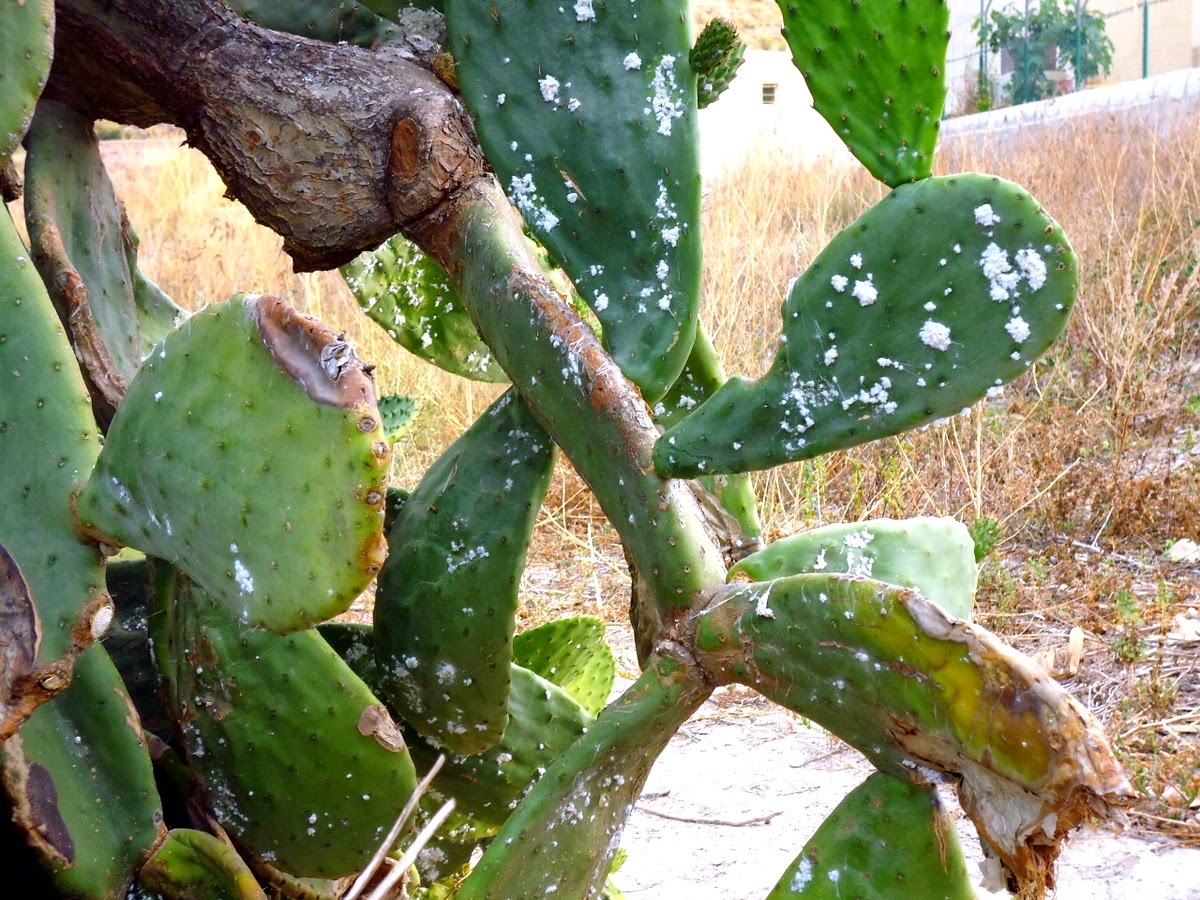 So now, we have another blight, this time one that attacks the Prickly Pear, which is about as ubiquitous in our desert landscape as it can get. It is spreading slowly west, from Murcia. Here's a picture I took of some affected by cochinilla. It's on our neighbour's land.
Will the local authorities be given some squirty stuff by the Conserjería to get rid of this plague, I wonder? In the end, of course, it doesn't really matter. The Chumbo comes from Mexico as well...
Posted by Lenox at 8:22 PM No comments:

A Lifetime of Pictures 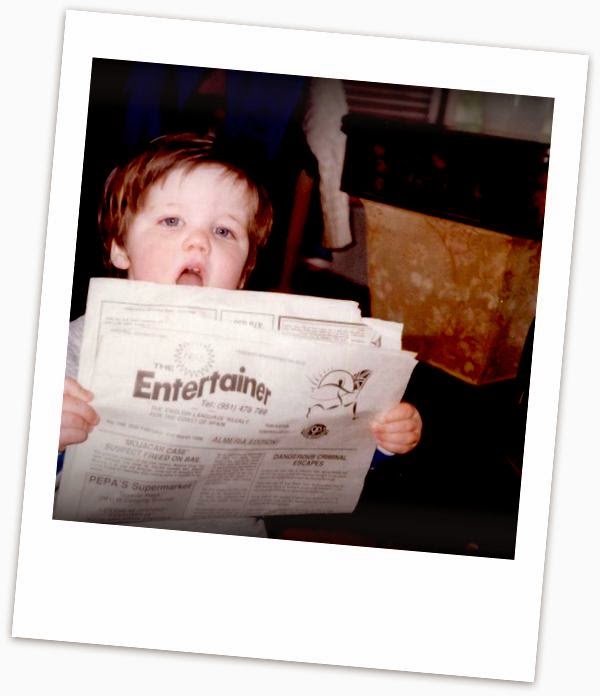 Our daughter Jessica is here for a week - over from the USA - and we were going through the old photographs, which are in boxes, crates, trunks and albums: endless albums. And that's just the good ones. Almost fifty years of living in Mojácar plus the inevitable 'before we arrived' pictures, mostly in black and white. School pictures and me as a small white-haired child with my dog posing in the garden in Norfolk.
Then there's the slides, lots of dusty slides. I had taken to them for a year or two - long before digital cameras made a mockery of everything that went before. I was looking for a 'slide-viewer' to see what, and who, I had. In the end, it's holding them up to the sky and squinting most fearfully.
Now the pictures, taken with a digital camera rather than the old click, wrench and fiddle things we used to have, expensive and tiresome, rest quietly in the bowels of the computer, at least, the recent ones do. The previous rash of digital pictures are in the entrails of the earlier home computer, now in another box somewhere and probably irreparable. Perhaps the answer would be to print the photos I like the best and then find another cardboard box to stash them. Yes, that could work.
Meanwhile, the better ones find their way to the 'Mojacar Golden Years' on Facebook. The picture here is of our son, Daniel, admiring an early edition of The Entertainer, I newspaper I ran from 1985 to 1999. But don't get me started on old photographs, I've got thousands of them...
Posted by Lenox at 2:04 PM No comments: 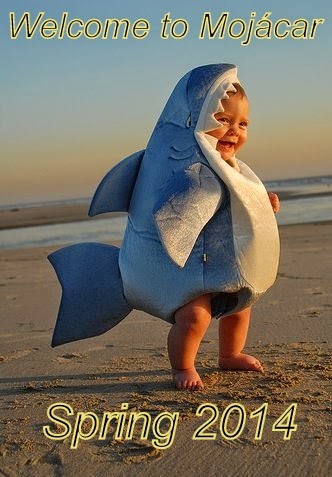 Welcome to Mojácar. The Town Hall has fixed the place up for the season, with repaired roads, new sidewalks and a fancy new roundabout. The elevator up to the village - I call it El Ascensor de Luciana in honour of a departed arch in the old village - is pretty much completed and will no doubt be opened shortly.
On the beach, there's a great selection of bars and restaurants, with a wide choice of venues (Greek, Italian, British, Irish, Indian, Thai, German, Mexican, Argentinian, Brazilian, French, American, Lebanese, Chinese and many good Spanish places). There are some new venues to try and a number of old-favourite beach-bars to return to.
There is plenty of sport (including a new lawn bowls green), music and culture.
The weather is good - of course - and Mojácar is a great place not just to visit, but an even better place to call home.
Posted by Lenox at 7:03 AM No comments: