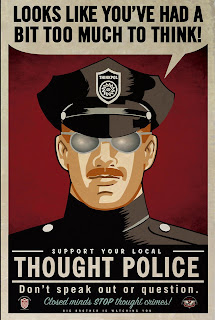 Right now, I am cooling my heels in Facebook Jail. It's a bit frustrating, as I had got into the habit of posting pictures of kittens and so on with social media; but the other day - out of the blue - someone in the comments under a particularly delightful kitty gave to understand that he thought me to be a c**t (don't wanna upset Google, there were no stars in the original).

I naturally dashed off a reply telling him to go f**k himself (also, no stars), and look -  here we are!

I've been cashiered for 'bullying'!

The bully is of course Facebook. There's no proper court, the victim is not allowed to defend himself and the only judge is some underpaid creature from Bangladesh. Probably barely speaks English and thinks the only good use for a cat is to prepare it for lunch.

Casting about for something else to do with my time, I've taken to lying on the roof with my mouth open, trying to see whether it will fill up first with orange dust from the Sahara or with rain from Celia. Right now, it's about a draw, with a gob full of mud. Just the thing for when I return in a few days - God how the time crawls when you are in Facebook Jail - to my regular pass-time of posting frothy nonsense. 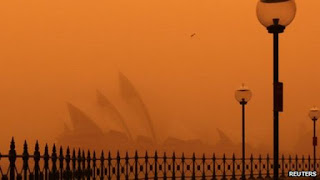 Housebound today, as the red dust blown in from the Sahara makes it a chore to breathe if I go outside. Maybe the red rain which will be coming along tomorrow will be a relief. At least it'll wash the air, even if it leaves a muddy tinge on the walls, roof and windows. We shall be needing sponges and paint from the shop soon...

The new figures for the number of foreigners registered on the padrón (town hall registries) are out. If you aren't on the padrón you don't exist, so that's an easy way for the bean-counters to arrive at an exact if hopelessly wrong figure.

The interesting thing is how much older we expats are than our Spanish neighbours - in Almería we are apparently 20 years senior. No wonder we don't like fireworks. In truth, we are pretty elderly, with our average age in this province put at 61 years. Indeed, our largest age-group is 70-74 with 2,870 of us tottering about and, as above, waiting for this blasted red rain to have finished with us. Aged sixty and up, there are 10,996 of us: which works out at the remarkable news that very nearly two-thirds of us Brits living in Almería are over 60 years old. In all, including the nippers, we are 17,200 souls, says the official Padrón site here, up from the previous year with an extra 1,210 of us to annoy the staff at the medical centre.

So the Red Rain probably won't put us off coming to live in Spain, and neither will the Eurovision Song Contest. Somehow, we are managing to work our way around the pen-pushers too... One day, maybe they'll write an epic poem about us.