This Thing about Learning Spanish

This thing about learning Spanish. It's hard to pick up a new language, especially if you plan to chat, gossip, converse or argue the issues of the day with someone sat on a bench wearing a beret and absently chewing on a bull's-pizzle a bit beyond 'Cor, it's hot today'.

That was about the first thing I learned - a sort of Mediterranean version of the standard English comment 'it looks like rain again', with the massive positive - at least for me - that being too hot beats being too wet any day of the week.

It's useful too, because your partner in conversation can shake his head, if he has the energy to, and reply, 'eyep' or the equivalent in our local version of castellano, which might be 'joder' or some other positive and considered answer.

Which doesn't get you very far in practicing your Teach yourself Spanish, Chapter Two, the verbs.

Bloody verbs, grammar and future imperatives. There's not one person in a thousand who knows his way around the infinitives and the gerunds back home, and now we are faced with them here, along with the huge lists of vocab - and that's just to buy something in the market.

'Leeks, Señora, I want leeks! Hold on, here it says... puerros! Did I pronounce that right?'

One lady I knew learned her Spanish entirely from a book. She was quite good, too, only her pronunciation let her down. 'Hooeyvos' for eggs. Or 'heggs', as a Spanish market-fellow helpfully told me the other day.

All that effort and they try and answer in English!

Another lady, also a master of Spanish, got hers from a course in XVI Century plays, and would say to the barman something out of a Calderón de la Barca primer like 'Prithee, varlet, bring me a flagon of your finest grape'. Imagine explaining that to Antonio, who had only that very morning learnt not to put hot milk in our teas.

When we do learn Spanish - the type for conversation rather than the one for ordering half a kilo of rice - we will need something to talk about. Which is where knowing about Spanish culture comes in.  An example would be the vice versa experience of the other day, when the man at the gas station told me that he once lived in Dartmouth 'just over the bridge'. Ahh, I said wisely.

I have no idea where Dartmouth is, although Google says there's one in Canada with a floating pontoon. 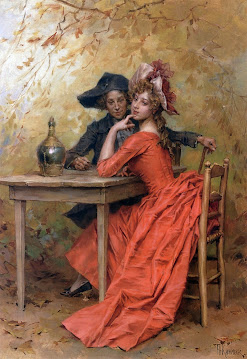 Knowledge of the Spanish culture - having something to talk about - means knowing the geography, history, politics, literature, music, gastronomy, bullfighting, TV shows and the latest sports results. There's no point in interrupting a talkfest to announce 'I bought a kilo of leeks yesterday in the market'. There may be a couple of seconds pause as everyone digests this in companionable silence, before the conversation about putting in solar electricity on Paco's roof will resume once again.

To learn these things - throw your English-language TV, books and newspapers out of the sitting-room window (after all, they talk about where you are from, now about where you are now) and read and watch Spanish stuff. Armed with what you've learned, be like a parrot. Repeat.

A Brit asked me the other day while I was enjoying a noisy beer in Antonio's - there was a football match going on the TV - how to say 'Kill the Ref!' in Spanish. I told him the magic words which he then shouted out at the top of his lungs. We both drank free than evening until the bar closed.

A hobby is a good idea. Join the local railway club, or historians society, or painters' nook. You already have something of interest shared by all the group - if it's only where to buy a decent tube of umber.

Speaking Spanish can sometimes feel frustrating, when the addressee refuses to understand you. This may be because you don't look like a local person, so logic dictates that you therefore must be a foreigner, who - as everyone knows - speaks foreign. Which, tragically, he spreads his hands in apology, he doesn't.

There are ways around this of course, you can try wearing a beret and ordering a bull's-pizzle from Amazon. Or you could consider calling them on the phone. I always wanted to grow a pencil-thin moustache to look the part, but my hair is too blond and patchy. 'Shut your eyes' I tell 'em, 'you'll see'.

In short, it may not be easy, but it's worth it.