The Excavation of Old Mojácar 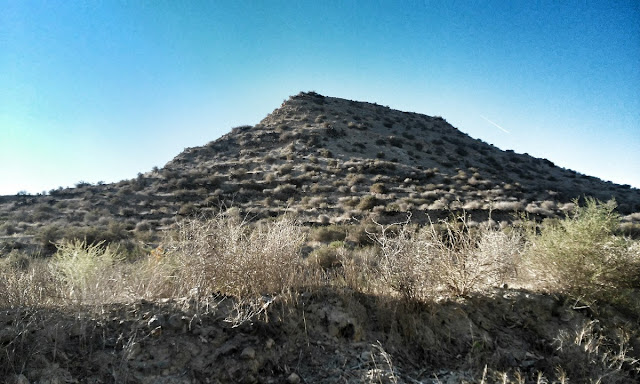 The archaeologists from Granada University are winding up their first season dig on Old Mojácar, the mount that can be viewed from the village mirador. Old Mojácar was inhabited for thousands of years - in some way or other - and was a settlement held by the Moors from the 700s to around 1300 when they moved to the safer hills of today's Mojácar. 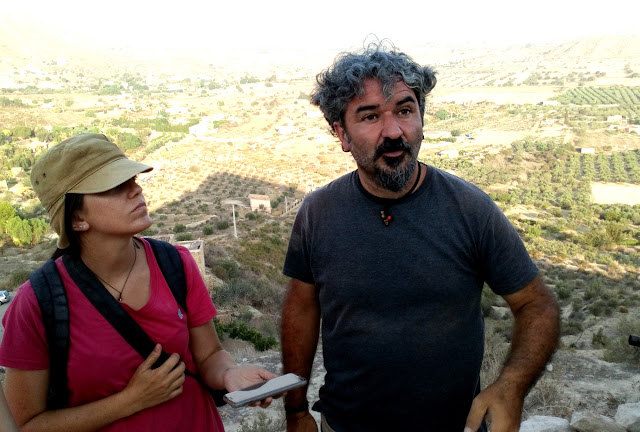 Lara Delgado and Professor José María Martín Civantos are leading the group of enthusiastic archaeologists and they explained something of the story of the mount. The current dig is in two sites, one, half way up the hill, is at the wall of the settlement, with its gate and some nearby small dwellings places. 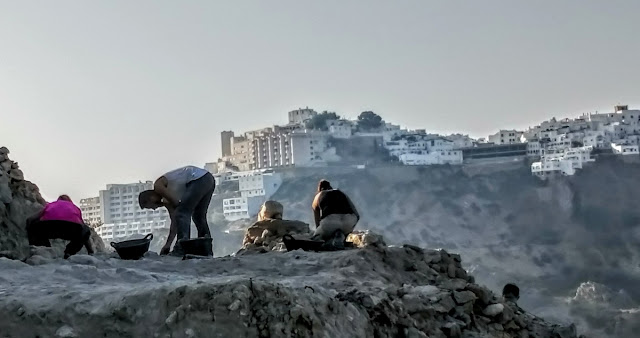 At the top of the hill, where the water-cistern ('aljibe') is located, they have found a second cistern under a tower, a kitchen, a forge and a guard-house. The hill was evidently walled from around half-way up, with the wall curving upwards on the south side, like a badly-draped necklace, with perhaps a dozen fortified places along the wall, towers of a sort. The inhabitants would in fact generally live outside and return to the walled settlement perhaps at night or more in times of uncertainty. 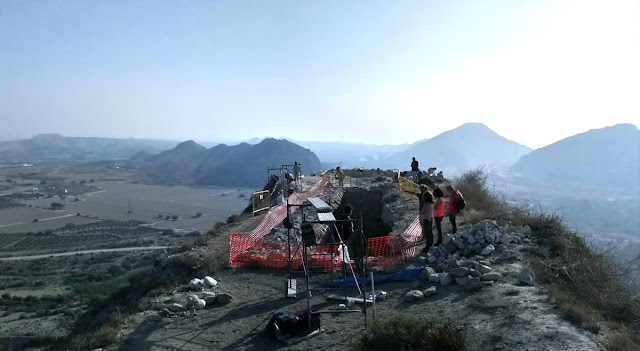 The finds will be taken to Granada for analysis, and the excavations will be sealed until next July, when the team will return.
Posted by Lenox at 12:03 PM