The British are Nuestros Amigos

Around a quarter of all town halls in Almería sent a clear message this Friday: 'We want our Britons to stay'. These town halls, collected together in a union, have little or no tourism: and much of their recent wealth stems from foreign, mainly British, settlers.
The Spanish authorities in general spend heavily on tourism, with a ministry and a large budget. They however allow nothing for 'residential tourism', as the phenomenon of foreign property owners is described. Small obscure interior towns often have no normal tourism, and are therefore much more understanding and indeed welcoming of foreign settlers than their coastal colleagues
The Mancomunidad del Almanzora is a union of 21 towns in Northern Almería. On Friday in a full plenary session, they agreed to give every support to the British residents to protect them, as they can, from the potential ravages of Brexit. 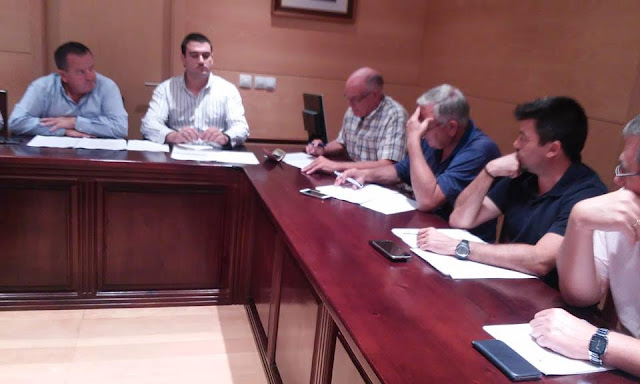 From the left: The president of the Mancomunidad, the mayor of Zurgena and councillor Jim Simpson. Three local mayors are on the right of the photo. 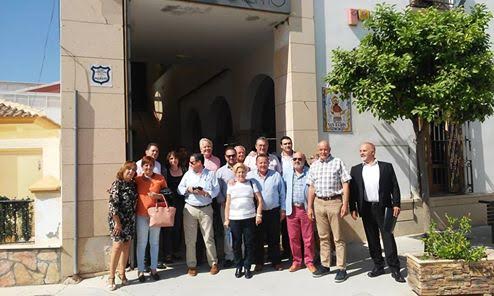 The institutional photograph after the plenary session. Andrew Mortimer is on the far right next to Jim Simpson. I'm in the back somewhere...

Specific points raised included health services, the right to work and to vote.
The meeting was held in the Town Hall of Zurgena and the subject was presented by local councillor Jim Simpson. Experts called to argue the case were Lenox Napier and Andrew Mortimer.
The President of the Mancomunidad, Antonio García, speaking for his fellow mayors, said he would take on the subject as his own.
There are an estimated 12,000 Britons living within the area covered by the union.
The Mancomunidad is now set to send out a notice to other town halls and councils suggesting they should join in the statement.

Jim, Andy and myself work for a group that seeks to give rights and protection to all ex-pats living in Europe - find out more at Europats here.
Posted by Lenox at 9:01 PM