A Brief Visit to Córdoba

To get to Córdoba, take the signposted road northwest out of Granada. For someone used to Spain's fine motorways, it was a shock to find that the route, the N432, is a single-lane road that wanders past some castled towns heading lazily - and sometimes bumpily - through the olive trees of northern Granada and into Jaén, then over some gentle hills and so to Córdoba. Around 160 kms: 2.5 hours. 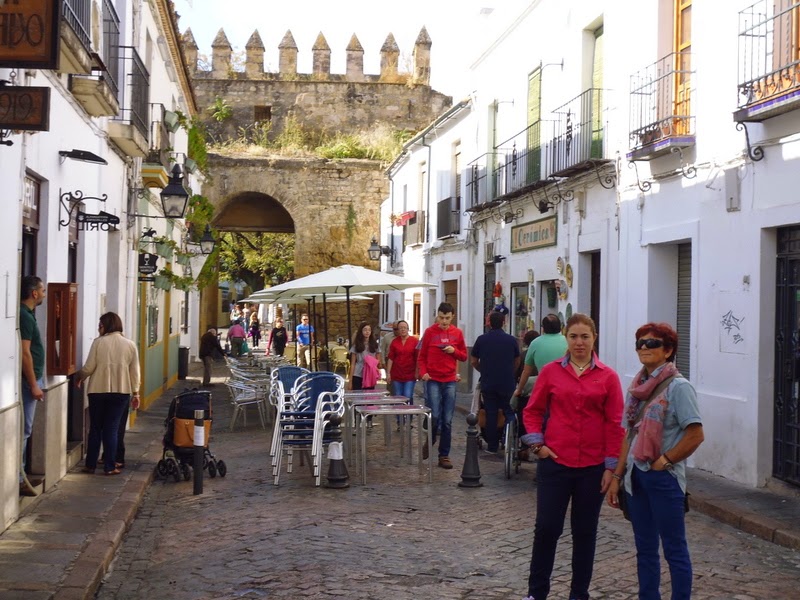 Unlike Granada, where I always am feeling choleric by the time I've found where I am heading for, Córdoba was very easy to navigate. Up, over the river, northeast along a wide boulevard and the hotel on the right. Two friends showed me around.
One, who is studying veterinary science at the university, told me that it's very hot in the summer (as we know from watching the July TV thermometer which is almost always filmed in the city), and very cold in the winter. When it rains, she continued, it does so for several days at a time. This past weekend, the weather was perfect. Everyone was enjoying the warm Indian summer and I even saw an army general driving along on his scooter (not a sight you often see these days). 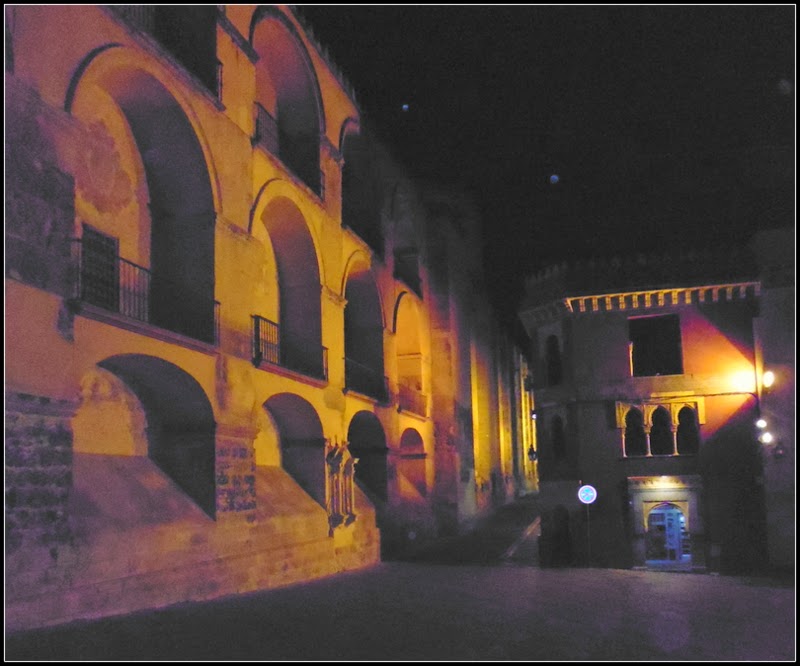 The old part of the city spreads over a large area - much larger than Granada - and it is like walking around in a typical andaluz village, with narrow streets and white houses. The astonishing mesquita is near the wide River Guadalquivir. It has a large square formal Arab garden, walled and restful, with a cathedral spire on one end, and the opposite side standing against the walls of the giant mosque.
A truly breathtaking building. I could hardly see it for the tears.
Outside, over a beer, I listened to an old blind man playing his guitar and singing: 'Cór-do-ba'. We walked the streets, past some Roman columns, saw the famous Royal horse-riding school and had a meal in a restaurant under the smiling picture of Manolete, the City's famous bullfighter who died in the ring in Linares when he was just 30.
My weekend in the city included a massage, a sweat and a soak in the Moorish baths located down a narrow street. They serve you a glass of mint tea, Arab style.
I always had a slight feeling against
Córdoba - I was wrong. it's quite stunning.

I enjoyed reading this very much